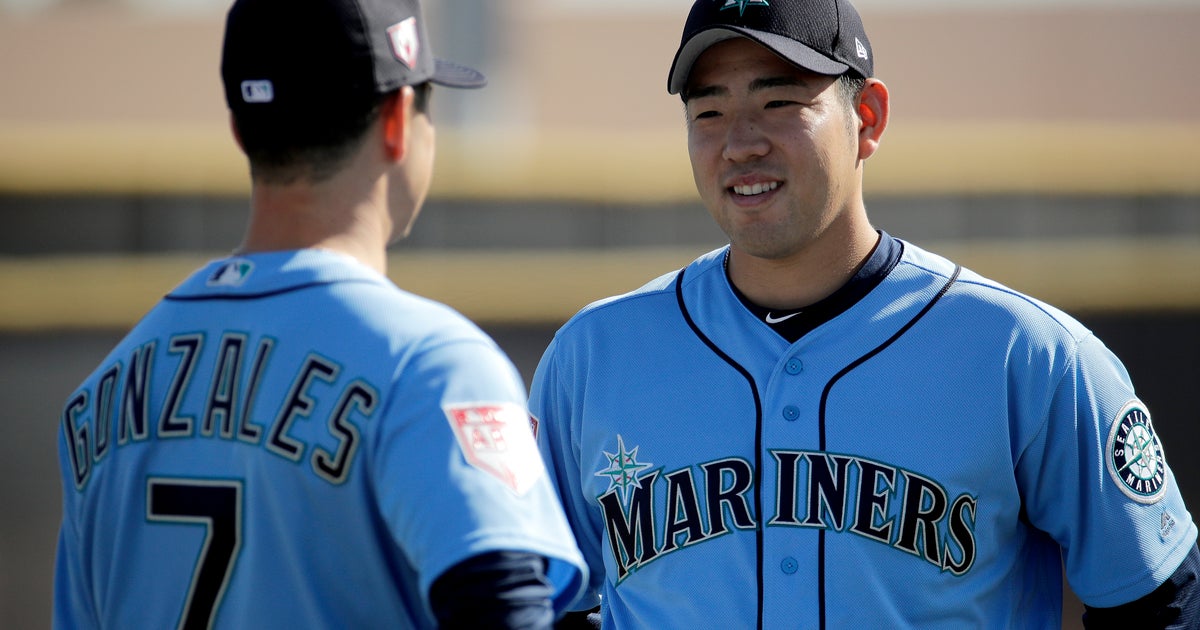 PEORIA, Ariz. (AP) — Left-hander Marco Gonzales is considered one of the Seattle Mariners‘ building blocks after a breakout 2018 season, but he does not define his role in those terms.

He just wants to do his job and let the results speak for themselves.

“In my mind, it has always been that I have to earn everything that I get,” Gonzales said. “We’ll see where we are at when the season starts, but I am going to do everything I can to help us win games. Whatever you want to call that, that’s what I’ll be doing.”

Gonzales did it well a year ago, when he went 13-9 with a 4.00 ERA in 29 starts in his first full season with the Mariners after being acquired from St. Louis for outfielder Tyler O’Neil at the 2017 trade deadline.

Gonzales was among the best pitchers in the American League during a 10-week midseason stretch, when he was 9-6 with a 2.61 ERA in 12 starts beginning May 23.

After spending three weeks on the injured list with a neck strain in late August, he picked it up again, going 1-0 with a 1.74 ERA in four September starts.

Gonzales and Mike Leake are likely to follow Yusei Kikuchi in the Mariners’ rotation, although the two-game series against Oakland in Japan on March 20-21 could skew the alignment early in the season.

“Marco really matured as the season went along,” manager Scott Servais said. “He really took a step forward as the season progressed in understanding how to use all of his pitches. And then getting great results allowed him to get deeper in games.

“That was kind of the stumbling block when we first got Marco, could we get him through the lineup the third time? We challenged him early on. He wasn’t happy with some of the decisions I made, but he earned the right to go deep in games, and for a stretch there was awesome.”

Gonzales also excels at the finer points. He permitted only four stolen bases in nine attempts a year ago while using four pitches almost interchangeably, leading with a fastball.

He added a cut fastball last season, and he threw all four — four-seam fastball, cutter, changeup, curve — at least 22 percent of the time. That command can make for an uncomfortable at-bat.

“A guy like me who can locate all four, I think I need to be unpredictable and just have that good mix and be able to attack with each one,” Gonzales said. “That’s my goal. Those are the things I’m working on in a nutshell. That’s important to me.”

Gonzales averaged only 1.7 walks per nine innings in 2018, fourth behind Cleveland’s Corey Kluber, Houston’s Justin Verlander and teammate Leake in the league. He averaged 4 1/2 strikeouts for every walk, fifth in the league.

Servais believes in that approach.

“I think it is really important he just be Marco,” Servais said. “Be who you are. Don’t lose sight of what you do well.”

Gonzales, who missed the 2016 season after undergoing ligament replacement surgery in his left elbow, said the neck issue he suffered last season helped give him an awareness of what it takes to attack a full season.

“Just trying to make some adjustments at the end of the year and finish strong,” Gonzales said of his September success. “Having a little hiccup last year and having to bounce back will help me to endure another year.”