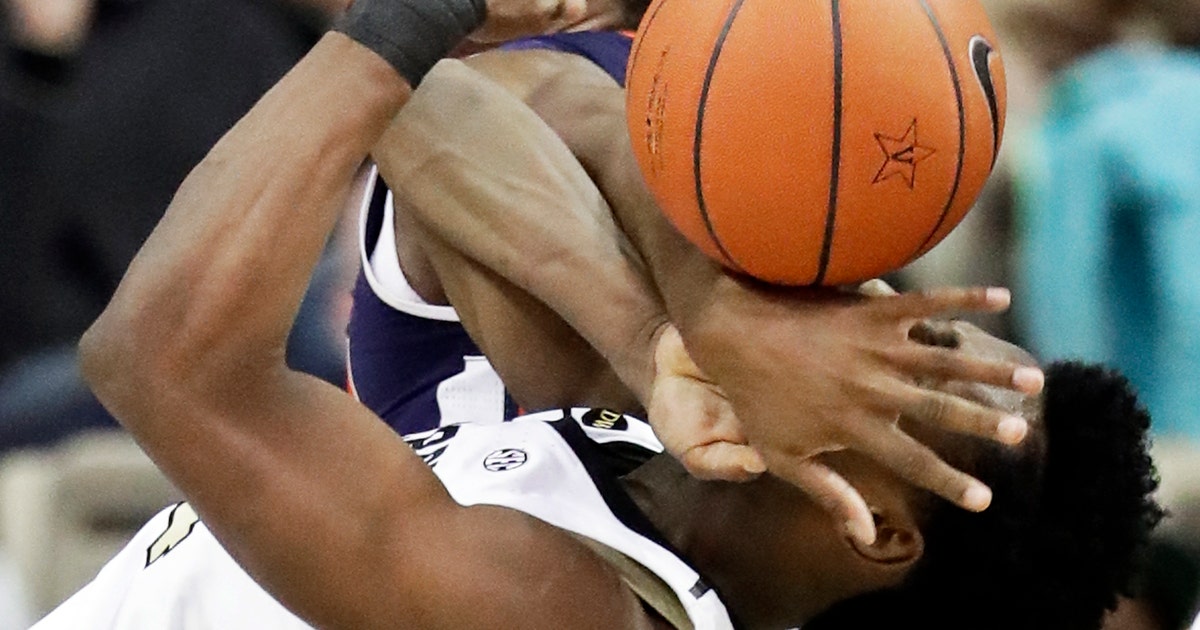 Auburn (17-8, 6-6 Southeastern Conference) had lost 13 of the last 14 against Vanderbilt inside the league’s oldest gym and had won only twice here since 1990. The Tigers survived a first half with their worst shooting performance in nearly a year to snap a nine-game skid to Vanderbilt along with their two-game skid this season.

The Commodores wouldn’t go away, pulling within four twice within the final five minutes. Brown stole the ball from Matt Ryan to set up a Dunbar layup with 3:53 left. Wetzell scored on a tip-in for Vandy, and Nesmith followed with a pair of free throws pulling the Commodores within 57-53.

Vandy then forced a couple missed shots before coming away with the ball. Lee held the ball before trying to drive in only to be stripped by Anfernee McLemore, and Dunbar knocked down a 3 with 1:33 left. The Tigers finished the game scoring the final seven points.

Auburn led 27-23 after an ugly first half where the Tigers made only two field goals inside the arc with four more from 3 surviving a nearly 8-minute stretch without making a basket.

Auburn: The Tigers survived their worst half of shooting since March 18, 2018, in the first half in a loss to Clemson in the NCAA Tournament. The Tigers went 6 of 24 for 25 percent. The shooting woes filtered into Auburn’s shooting outside the arc. A team averaging 11.04 made 3s a game went 9 of 25.

Vanderbilt: The Commodores lost one of their key freshmen when Simisola Shittu fouled out for only the second time this season. He fouled out with 8:35 left and finished with a career-low 17 minute splayed. He also matched his fewest field goal attempts with two and finished with six points. It didn’t help that point guard Saben Lee, who took over when Darius Garland was lost for the season, was held to four points for a second straight game.