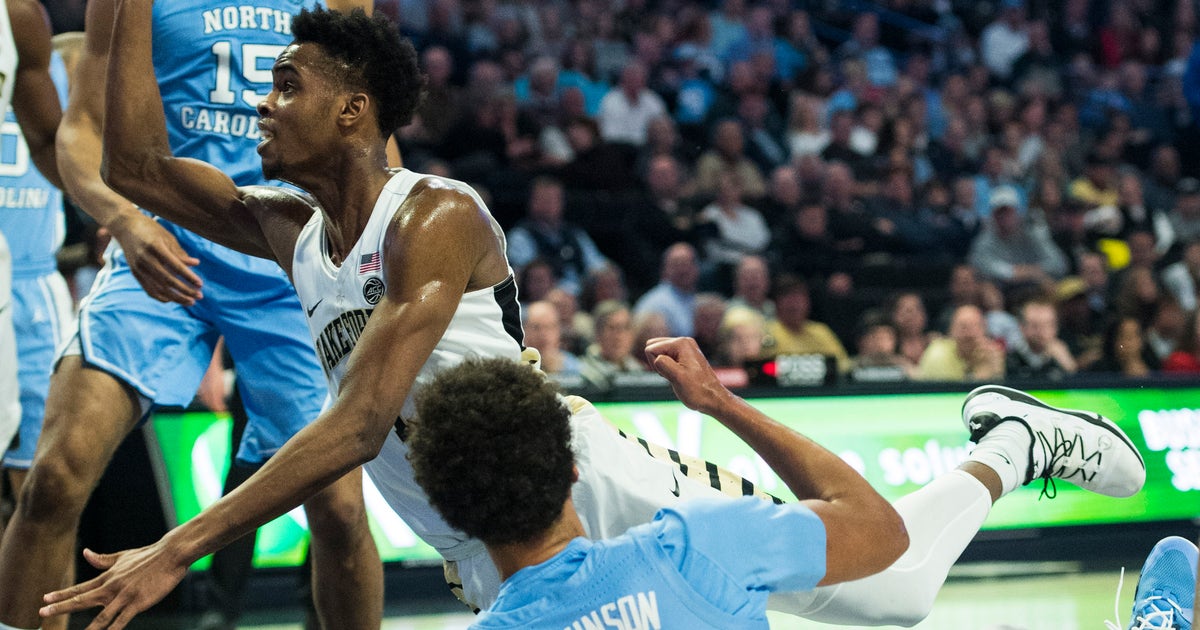 Freshman Coby White added 10 points, five rebounds and six assists for the Tar Heels (20-5, 10-2 Atlantic Coast Conference), who dominated from the tip following their first loss in a month.

The Tar Heels, who lost to fourth-ranked Virginia on Monday, ran out to leads of 18-0, 25-3 and 35-7. They shot 74 percent in the opening half and finished at 62 percent while making 16 of 25 3-pointers, with Johnson making his first eight shots and six from behind the arc.

Freshman Jaylen Hoard scored 17 points in an ugly afternoon for the Demon Deacons (9-15, 2-10), who suffered their most lopsided loss in three decades at Joel Coliseum.

UNC: The Tar Heels got anything they wanted to start a game that resembled more of a November tuneup than a February league date. Johnson led that effort by making 10 of 13 shots and 7 of 10 3-pointers. Still, there was at least one apparent concern: the health of freshman reserve Nassir Little. He was a gametime decision after rolling his right ankle early against Virginia and felt good enough to play 11 first-half minutes, but he wasn’t on the bench after halftime.

Wake Forest: The Demon Deacons found reason for hope with a Jan. 15 win against then-No. 17 North Carolina State, but they had won just once since with five losses coming by at least 16 points. Things began badly Saturday when Hoard didn’t start after arriving late for a pregame shootaround. And they got no better, most notably with leading scorer Brandon Childress (15.1 points) going scoreless on 0-for-12 shooting with six turnovers.

UNC: The Tar Heels travel to Cameron Indoor Stadium for a rivalry game against second-ranked Duke on Wednesday.