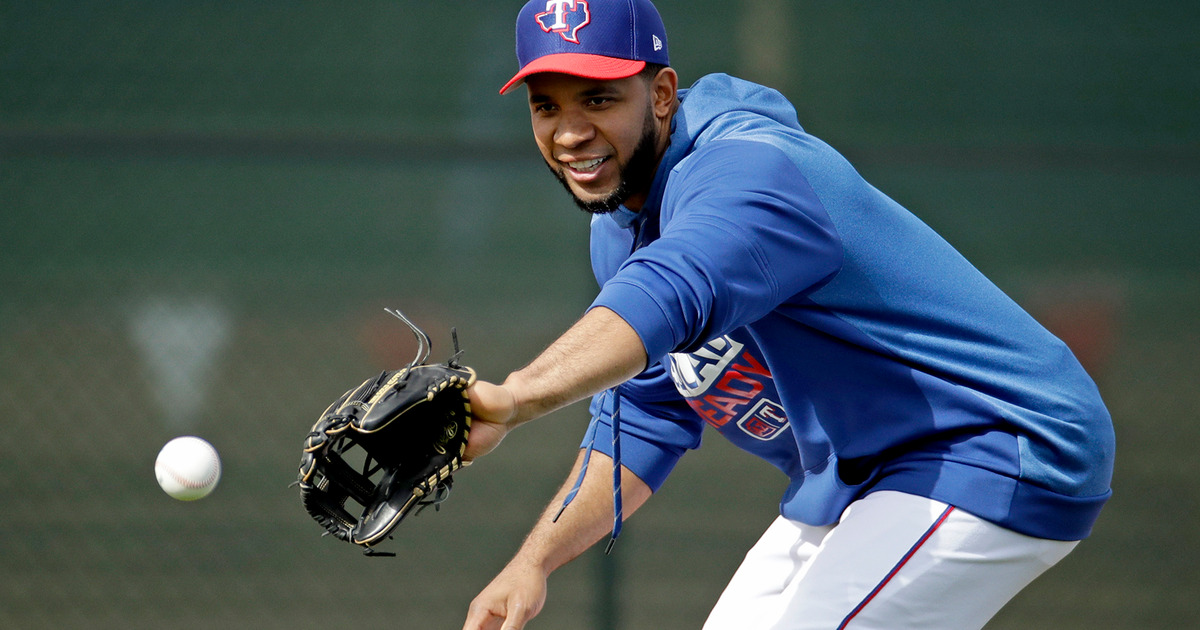 SURPRISE, Ariz. (AP) — Texas Rangers shortstop Elvis Andrus prepared for the first full-squad workout at a different locker than in past springs.

Now 30 and going into his 11th season, Andrus is in a much different place than just his spot in the clubhouse.

With star third baseman Adrian Beltre now retired, Andrus will be assuming a bigger leadership role on a team with a lot of 20-something position players in the lineup with him.

“It’s something as a player, when you get more years and more experience, you’re looking forward,” Andrus said Monday. “I think this is a natural to happen, be able to lead guys and help them.”

Like Beltre did in Texas the past eight seasons, while also preparing the shortstop for this expanded role.

Andrus has been with the Rangers longer than anyone else on the roster, a distinction he held even when Beltre was on the team. Andrus is the only player remaining from their consecutive World Series teams in 2010 and 2011.

Beltre announced his retirement in November, ending his Hall of Fame-caliber career after 21 seasons with four teams. The four-time All-Star and five-time Gold Glove winner had 3,166 career hits with 477 home runs. His only World Series appearance came in 2011, his first season with Texas.

“When you’re missing that, it’s tough,” Andrus said. “For me it’s impossible to try and get in his shoes or somebody else try to wear his shoes. … It’s time for everybody to step up and take the next step.”

This is the first Rangers spring Andrus will go through without either Beltre or Michael Young, the franchise’s career hits leader who moved from shortstop to third base when Andrus was a rookie a decade ago.

That new locker for Andrus is the one that Beltre occupied, and Young had before that.

Young is still around the team as a special assistant in the front office. Slugging outfielder Joey Gallo said he’s trying to convince Beltre to come visit the team in Arizona for at least a weekend.

“It’s crazy. I was thinking about him the other day, saw pictures of him … It’s just kind of weird,” said Gallo, one of six position players who were 25 or younger last season when playing at least 106 games. “It’s definitely different, we definitely miss him a lot. It’s a new opportunity for us, and a new challenge.”

Two-time All-Star shortstop Asdrubal Cabrera signed a one-year contract with the Rangers this winter to play third base. He has started only 52 games at third, all in the past two seasons with the New York Mets and Philadelphia.

The Rangers also have first-time manager Chris Woodward, who spoke to the team for about 15-20 minutes in a meeting before taking the field.

“I got to say what I wanted to say, tried to speak from the heart,” Woodward said. “A lot of these guys already know my expectations and my idea and vision for moving this team forward. But I just tried to make it as authentic and as real as possible, and kind of lay it out for them.”

Woodward said there was nothing in his talk about results, but rather more about his attitude and vision in developing the foundation for a team that will eventually win a championship. The 42-year-old former utility infielder said he won’t take for granted being one of 30 big league managers, but did have some anxiety before his opening address.

“I talked to my wife beforehand, I’ll never be able to give a first speech to a team again as a big league manager,” he said. “I told the guys today, I’m going to embrace that. Because the thing I stress to our players is we need to enjoy this.”

NOTES: OF Hunter Pence didn’t participate in the first full-squad workout because of right (throwing) shoulder soreness. The Rangers don’t think the issue is serious and said the 35-year-old Pence, in camp on a minor league contract, should only be down a couple of days. …. Speedy OF Ben Revere completed a successful physical and was part of the team’s first workout after signing a Triple-A contract.