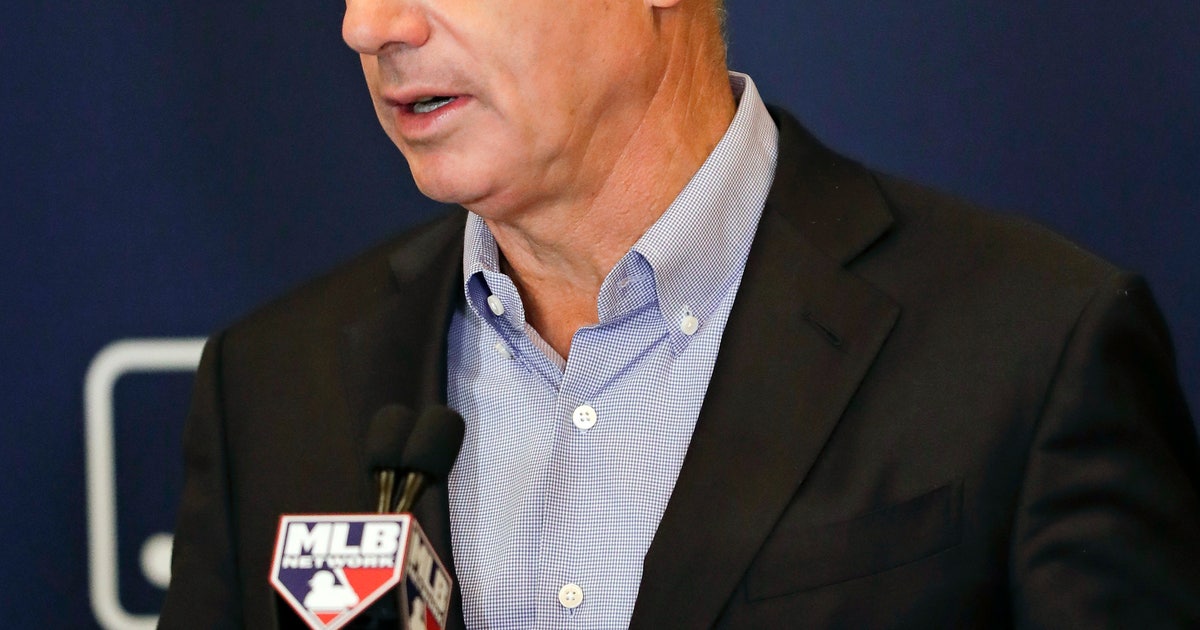 GLENDALE, Ariz. (AP) — Hours after Manny Machado agreed to a $300 million, 10-year deal with San Diego, baseball Commissioner Rob Manfred said the slow free-agent market is “a little much ado about nothing if in fact those players all sign at the end of the day.”

Bryce Harper, Dallas Keuchel and Craig Kimbrel remain on the market just ahead of the start of spring training games this weekend. Manfred said if the top free agents make deals, “it’s kind of no harm no foul.”

Manfred said at a news conference Tuesday he would like the sport to be able in five years to consider adding a pair of expansion teams in the U.S., Canada or Mexico, and that having 32 clubs possibly could lead to discussion of possible geographical realignment a changes to the postseason format.

He says of criticism over the market from players and union head Tony Clark: “I would urge Tony and the players to save what they had to say for the bargaining table.”