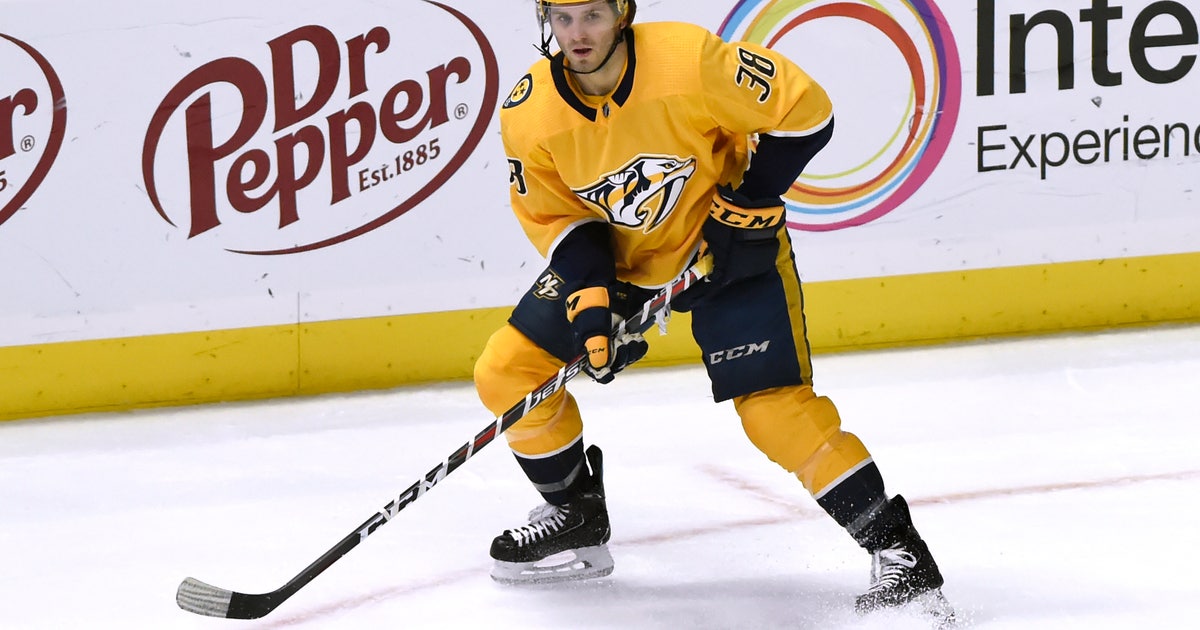 Thomas Vanek remembers waking up in Edmonton, Alberta, and turning on the TV in his hotel room to find out where he was heading.

It was March 5, 2014, the NHL’s trade deadline day, and Vanek’s bags were packed. He knew he had played his final game a few days earlier for the New York Islanders after rejecting the team’s bid to sign the pending free agent to a contract extension.

It wasn’t until the deadline passed when Vanek’s phone started ringing. It wasn’t his agent, the Islanders nor some other team’s general manager.

“I got a message from a reporter saying, ‘The Montreal media wants to talk to you,” Vanek said in recalling how he found out he had been traded to the Canadiens. “That was probably the hardest one because it was my first trade deadline deal.”

It wouldn’t be his last.

The 35-year-old Vanek, now in his second stint with Detroit, has been dealt twice more at the deadline. Red Wings GM Ken Holland informed Vanek he was being traded to Florida on March 1, 2017. And he learned through a friend’s text message that Vancouver had sent him to Columbus last Feb. 26.

Though the one-year contract he signed with Detroit last summer includes a no-trade clause, there remains a chance he will be moving once again before this season’s deadline on Monday.

“There’s a reason I came back to Detroit because I like it here,” he said. “But at the same time, who knows what’s going to happen? Kenny’s always talking. So if something comes up that makes complete sense, then we’ll take a look at it.”

The trading has already begun, with the most notable featuring Toronto’s acquisition of defenseman Jake Muzzin in a deal with Los Angeles on Jan. 28.

Otherwise, the trade market remains bottled up with more prospective buyers than sellers. Of the 31 teams, 24 are either in contention or within six points of their conference’s eighth and final playoff spot entering play Tuesday.

Among the more notable players considered to be on the market are forwards Artemi Panarin (Columbus), Derick Brassard (Florida), Gustav Nyquist (Detroit), New York Rangers Kevin Hayes and Mats Zuccarello, and Columbus goalie Sergei Bobrovsky. And then there’s the Ottawa Senators, who are attempting to determine the trade status of forwards Matt Duchene, Mark Stone and Ryan Dzingel, all of whom are eligible to become free agents this summer.

Few of the deals made an impact in their team’s’ respective playoff runs. The Lightning reached the Eastern Conference finals, but they were defeated by the eventual Stanley Cup champion Washington Capitals, whose most notable late-season addition was defenseman Michal Kempny (acquired in a trade with Chicago a week before the deadline).

The expansion Vegas Golden Knights reached the Stanley Cup Final despite getting limited production from trade-deadline addition Tomas Tatar. San Jose made it to the second round before being eliminated, but was able to re-sign Kane.

None of the deals came close to matching what’s considered the NHL’s gold standard on March 10, 1980. That’s when the Islanders acquired Butch Goring from Los Angeles to spark what became New York’s run of winning four consecutive championships. Goring wasn’t happy about the deal that also sent forward Billy Harris and defenseman Dave Lewis to the Kings.

“It was very upsetting because I was on the second year of a six-year contract, and had made a commitment to basically spend my entire career in L.A.,” Goring recalled.

It didn’t take long to get over the shock for the then-30-year-old, who had scored 20 or more goals nine times during his 10-plus seasons with the Kings.

With Goring, the Islanders closed the season going 8-0-4 and lost just six times in the playoffs in winning the Final in six games over Philadelphia. The following year, Goring was named the playoff MVP.

He called the adjustment to joining a star-packed Islanders team as being less intimidating than it might have been had he been younger.

“I came into that dressing room and I didn’t have anything to prove. I had a pretty strong reputation about who I was and what I couldn’t do,” Goring said. “I wasn’t taking Bryan Trottier’s job. I was there to be who I was.”

Now an Islanders broadcaster, Goring refers to the trade as the “icing on the cake” of his career.

“Nobody knew much about Butch Goring, as I played all those years in L.A. There was no exposure,” he said. “And now everyone remembers who you are. The great thing about the trade deadline is everybody talks about Butch Goring.”

Vanek wondered if the deadline falls too late in the season for players to become comfortable with their new surroundings.

“The only thing you can control is being a good person, being a good teammate,” he said. “But at the same time, the team that gets you, they want you to be productive. And that’s the hard part.”

Goring doesn’t think so, noting the trade deadline used to be 26 days before the end of the season, and is now 40.

“If you’re going to acquire a player that’s going to be a difference maker, he’s going to adapt in a hurry,” Goring said.

“For those teams that are buyers, you still have 20 games to get that player acclimated to your system. For the teams that aren’t sure if they’re buyers or sellers, it gives them more time,” Holland said.

Ryan Hartman won’t soon forget what happened to him upon being traded by Chicago to Nashville at last year’s deadline.

With a stop-over in Toronto, it took him eight hours to fly from Chicago to Winnipeg, where he would join the Predators. And that was after beginning the day contending with a flat tire. He used Uber to get to the Blackhawks practice, and then had to use it again — this time with all his equipment — to return home and pack before heading to the airport.

“I had an issue with it all year and someone told me at the beginning of the year, ‘You’re going to end up getting a flat tire at the worst time possible,’” Hartman said. “Sure enough.”

GAME OF THE WEEK

The Colorado Avalanche visit the Chicago Blackhawks on Friday in a game between two Western Conference wild-card contenders.