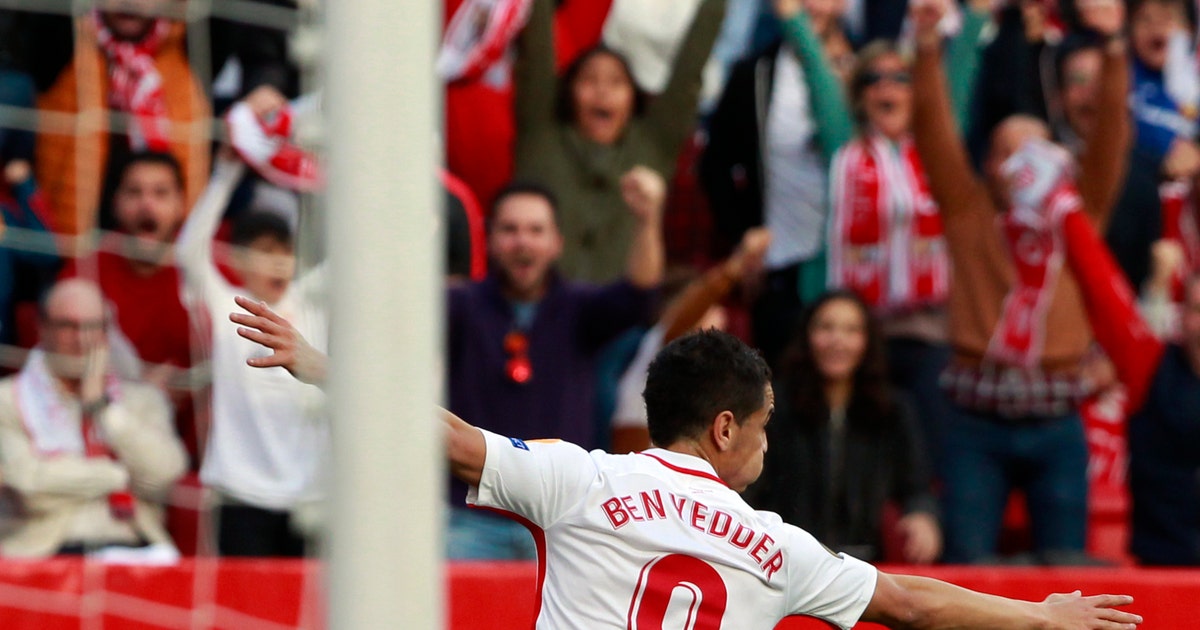 SEVILLA, Spain (AP) — Former champion Sevilla became the first team to reach the round of 16 in the Europa League with a 2-0 victory over Lazio on Wednesday in a game that saw both sides have a player sent off.

Sevilla advanced 3-0 on aggregate following a 1-0 victory in the first leg in Rome last week.

The home side was reduced to 10 men when Franco Vazquez received his second yellow card on the hour-mark but Lazio followed suit 11 minutes later when Adam Marusic got a straight red.

Sarabia doubled the advantage in the 78th.

Sevilla has a perfect home record in the Europa League this season with seven wins, including the qualifying phase. It has three Europa League titles and also won the tournament twice when it was known as the UEFA Cup.

Lazio fell to a third straight loss in all competitions.

The remaining 15 second-leg games in the round of 32 are scheduled for Thursday.