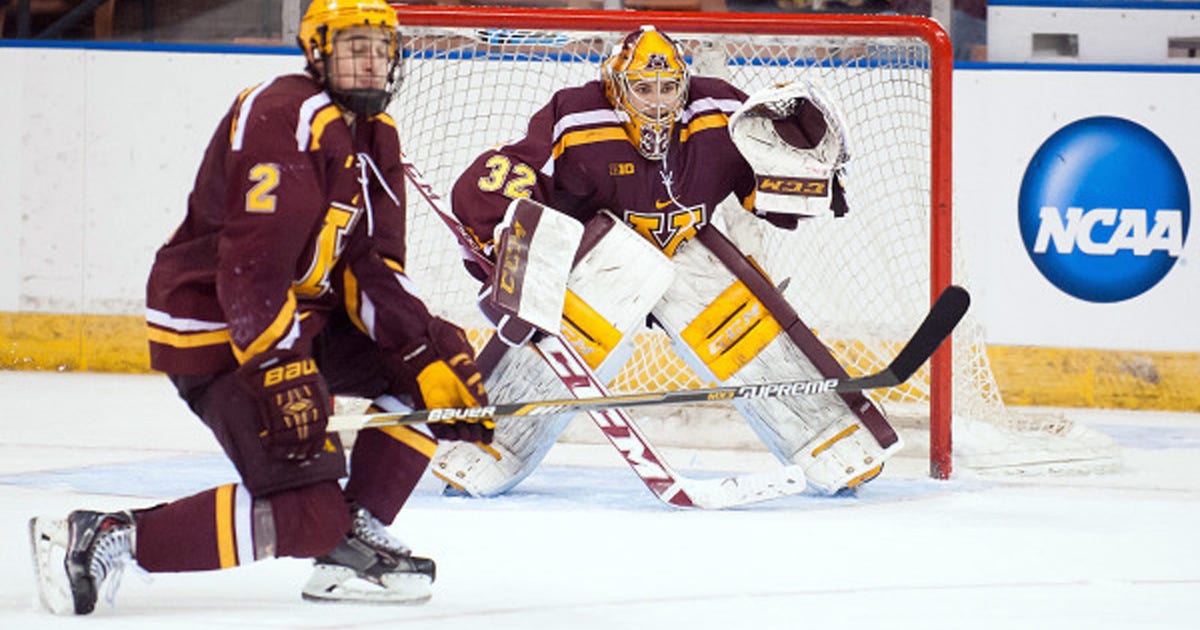 The sweep makes UM the first Big Ten school to beat every other conference team at least once during a season. One win this weekend by either Wisconsin or Notre Dame would add them to the list.

Side note: Voices have been raised in social media and on talk shows protesting the use of the word “upset” for Minnesota’s wins over Ohio State. Folks, when a team that isn’t even ranked knocks off another that is among the nation’s elite – and does it twice in their building – those are upsets. Period. Granted, Gopher fans are used to better performances than they’ve seen over the last few seasons. Spoiled? Maybe. But call those wins what they were: upsets. It doesn’t matter what name is on the sweater.

The Fighting Irish split at home against Wisconsin (2-1 L, 5-2 W), following a three-game winless streak that matched their longest drought of the season.

Put simply: the playoffs. And a first-round bye for the conference champion.

As of now, Minnesota gets one as the second-place team in the Big Ten. But they lead Notre Dame by only two points and, as we know well, college hockey fortunes can turn on a weekend and even a game. The team that wins its conference tournament is an automatic to the NCAA tournament field.

What will get the Gophers deep into the playoffs? Goaltending and special teams. Robson and Schierhorn have become a sparkling tandem, although Schierhorn is seldom seen after being the Big Ten’s Goaltender of the Year for two straight seasons.

Special teams will kill or cure in the postseason and the Gophers are strong and consistent both ways. Coming into this weekend, the power play is ranked sixth nationally (26.1 percent) while the penalty kill has slipped to 24th (82.8 percent), which could be crucial.

Next up: Arizona State

For the few northern hockey fans who still don’t get it, here’s the scoop: Arizona State hockey is the real deal. The Sun Devils, the nation’s lone Division I independent, have knocked off some big programs. They have the nation’s leading goal-scorer, Johnny Walker, No. 8 penalty kill (86.4 percent) and have outscored opponents 105-74.

This is an off weekend for the Sun Devils, so they’ll be rested when they hit Mariucci ice next weekend to either put a solid cap on the Gophers’ season or be called spoilers, which they won’t be, either.

DOUG McLEOD is the five-time Emmy Award-winning play-by-play announcer for Fox Sports and a longtime voice of Division I and NHL hockey. This is his 22nd season calling Golden Gopher hockey games.