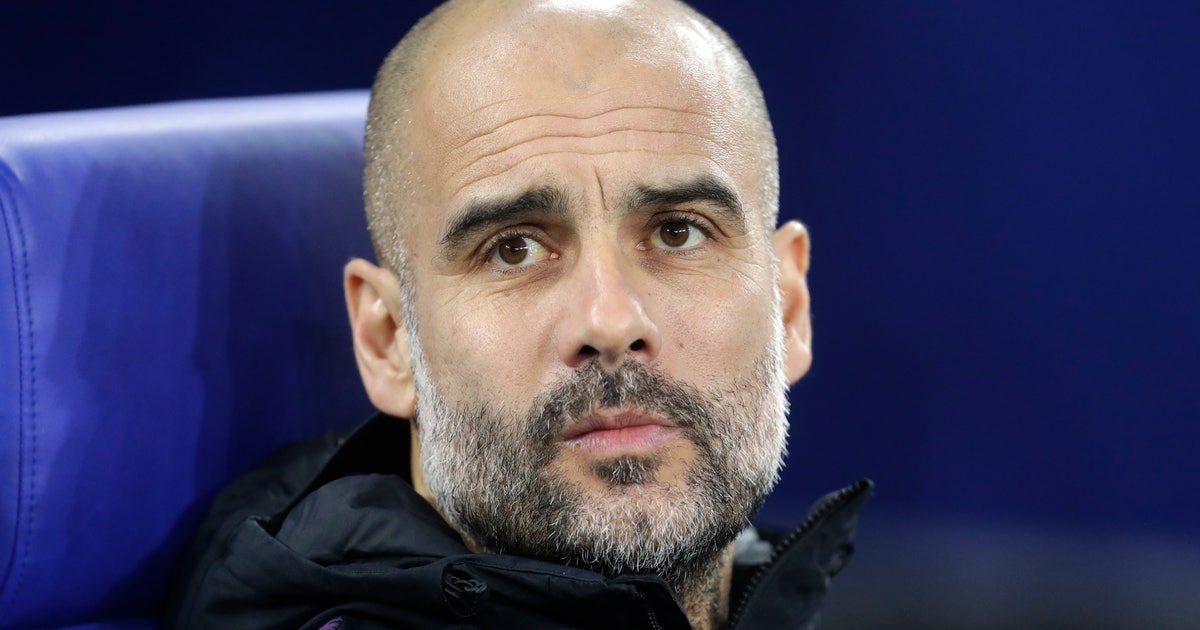 What to watch in the leading football competitions in Europe this weekend:

Manchester City will look to secure the first of a possible four trophies this season when Pep Guardiola’s team meet Chelsea in the English League Cup final at Wembley Stadium on Sunday.

The game comes two weeks after the sides met in the Premier League, with City winning 6-0 at home.

Chelsea coach Maurizio Sarri remains in his job, despite that loss coming soon after another humiliating defeat — 4-0 at Bournemouth — in an increasingly tough first season in English soccer. Sarri is looking to win a trophy for the first time in his managerial career.

Guardiola has 25 of them across his time at Barcelona, Bayern Munich and City. And he is still on course for a quadruple — unprecedented in English soccer — as City currently leads the Premier League, is into the FA Cup quarterfinals, and holds a 3-2 lead over Schalke after the first leg of their Champions League last-16 match.

City will lose its lead in the Premier League if second-place Liverpool avoids defeat at fierce rival Manchester United on Sunday. Liverpool is behind City on goal difference, but has played one game fewer.

Also in the 27th round of games, third-place Tottenham could have striker Harry Kane back from an ankle injury for the trip to Burnley on Saturday.

Barcelona visits Sevilla, the last team to beat the Catalan club this season, as the Spanish league leader looks to regain its best form.

Sevilla defeated Barcelona 2-0 at home in the Copa del Rey last month, before being routed 6-1 at Camp Nou Stadium in the return leg.

Since that game, Barcelona has won only one of its last five matches in all competitions, and scored just two goals in its last four matches.

Sevilla has been faltering in the Spanish league recently, with no win in three straight matches. Its fourth place is in danger as both Getafe and Alaves are one point behind.

Second-place Atletico Madrid, coming off a 2-0 win against Juventus in the Champions League, hosts relegation-threatened Villarreal on Sunday. Atletico is seven points behind Barcelona.

Third-place Real Madrid, nine points off the lead after losing at home to Girona last weekend, visits 12th-place Levante later on Sunday. Santiago Solari’s team will be without captain Sergio Ramos because of a red card in the game against Girona.

Borussia Dortmund looks to get back on track after five games without a win in all competitions face in a home match against Bayer Leverkusen, which is managed by former Dortmund coach Peter Bosz.

Leverkusen is the best team in the second half of the Bundesliga so far and aiming for its fifth straight league win on Sunday.

Dortmund, which has severely missed the creative input of injured captain Marco Reus, has seen its nine-point lead from the 15th round shrink to just three points with 12 games remaining. The team was held to a 0-0 draw by last-place Nuremberg on Monday — its third successive draw in the league.

Six-time defending champion Bayern Munich, resurgent after three successive wins since a 3-1 loss at Leverkusen, will hope to draw level with Dortmund with a victory at home over Hertha Berlin on Saturday.

Third-place Borussia Moenchengladbach hosts Wolfsburg for a duel with European qualification at stake on Saturday.

Despite chasing a Champions League spot, AC Milan could rest its best player against Empoli on Friday.

Krzysztof Piatek has four goals from three league starts since joining Milan from Genoa in January but could be rested ahead of next week’s Italian Cup semfinal against Lazio.

Patrick Cutrone, who has been used as a second-half substitute for Piatek, could replace the Poland international in the starting lineup.

Milan currently occupies fourth spot, the final Champions League qualifying berth. It has one more point than Roma, which also plays a relegation-threatened team in Frosinone on Saturday.

Milan could close the gap to Inter Milan to one point ahead of its city rival’s match at Fiorentina on Sunday.

Serie A leader Juventus travels to Bologna and will be looking to preserve its 13-point lead over second-place Napoli, which visits Parma. Both matches take place Sunday.

With the form Kylian Mbappe is showing, Paris Saint-Germain is hardly missing Neymar and Edinson Cavani.

In the three games since they have both been out injured, Mbappe has scored in each one — against Manchester United, Saint-Etienne and Montpellier.

Nimes must be wary about Saturday’s trip to Paris, especially since PSG has netted an astonishing 47 goals at home so far.

PSG is 15 points clear of second-place Lille, despite having played one game less, and is on course to wrap up a second straight title with ease.

The real contest is for second place, where Lille has a four-point advantage over third-place Lyon.

After drawing last weekend, Lille faces a tough match Friday away at Strasbourg —one of the league’s strongest teams at home— while Lyon is away Sunday to a Monaco side gradually climbing away from the relegation zone.