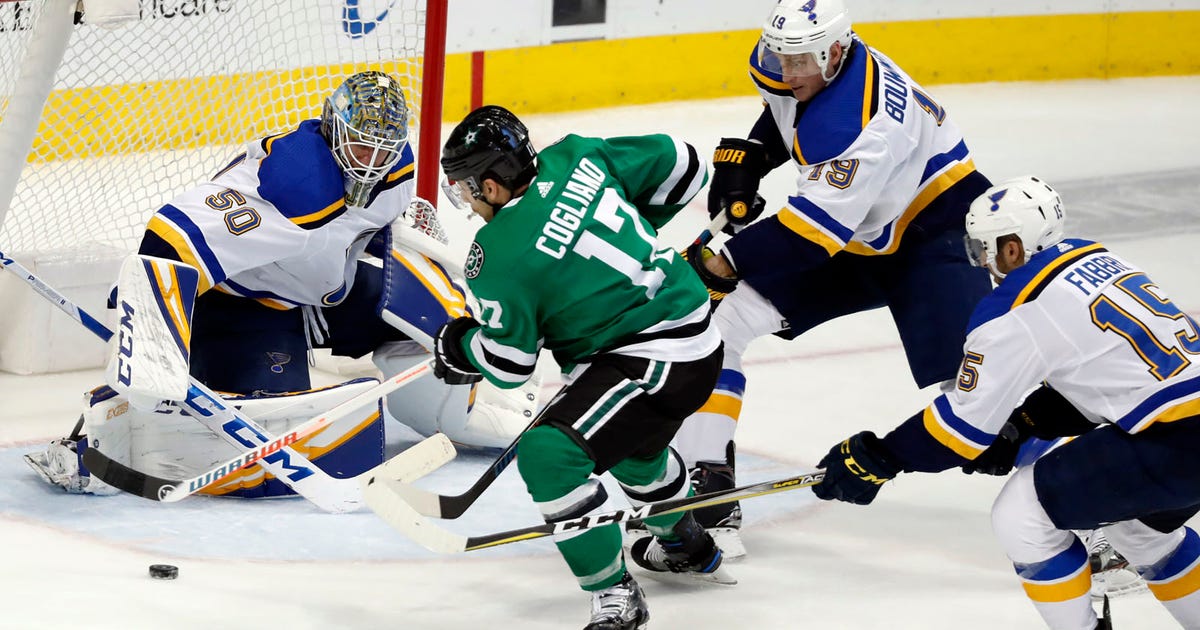 The Stars snapped a three-game losing streak in which they were shut out twice.

Benn scored his second goal of the night, and 21st of the season, when he redirected a flying puck with his stick with four minutes left in the second period to make it 4-1. His only other multi-goal game this season came Oct. 6, when he scored twice in a win over Winnipeg in the second game of the season.

Vladimir Tarasenko scored his 27th goal for the Blues on an assist from Ryan O’Reilly, who got his 24th goal of the season in the closing seconds of the second period.

Except for Tyler Seguin‘s empty-net goal in the final minute, all of the scoring was in the second period.