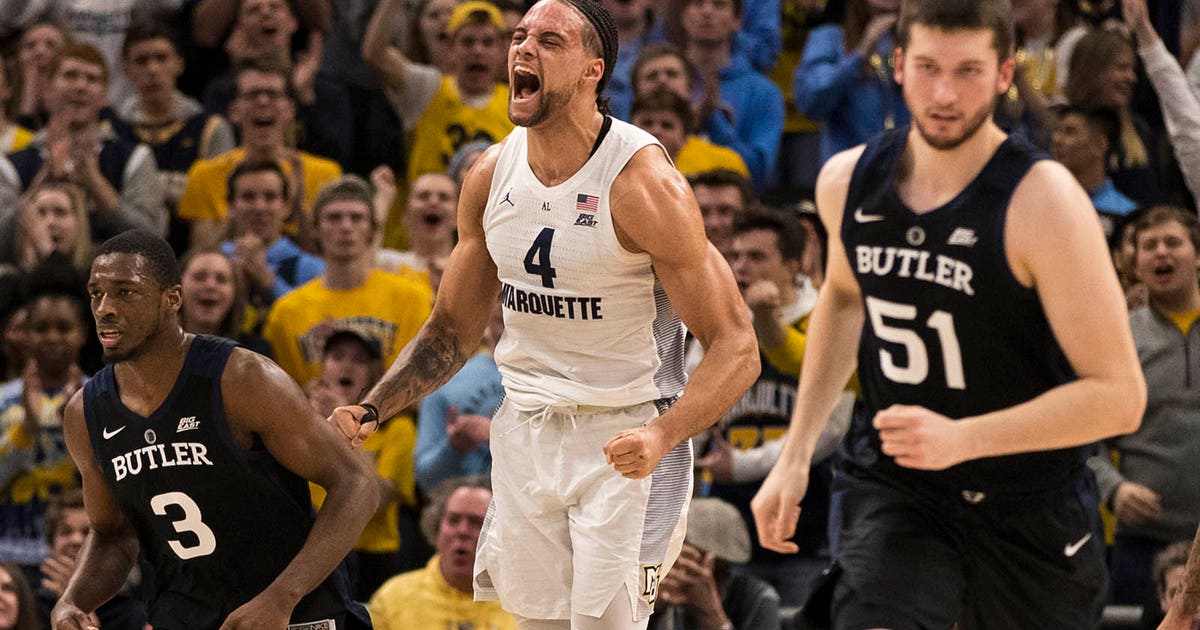 As the college basketball season heats up, FOX Sports Wisconsin will round up what experts are saying about the chances for Marquette to make the NCAA tournament in March. This is the sixth edition of the 2019 bracket roundup.

The Marquette Golden Eagles have played just one game since we last compiled a bracketology roundup Feb. 15.

As they’ve done all season, the Golden Eagles took care of business and topped unranked Butler 79-69 at home.

If Marquette wants to hold on to that conference crown, it’ll need to defeat Villanova on Feb. 27 on the road. The Wildcats have won the regular-season Big East title four of the last five years.

So what does that mean in terms of bracketology? Since the Big East was reconfigured in 2013, every regular-season champion has been named at least a two seed in the NCAA tournament.

But for now, Marquette looks like it’s a No. 3.

Of the 115 brackets compiled by Bracket Matrix, 85 (73.9 percent) have Marquette as a three seed. No bracket has them higher than a three or lower than a five.

Both Bleacher Report and The Athletic have Marquette as a three seed squaring off against 14-seed UC Irvine (yes, the hated Anteaters).

ESPN’s Joe Lunardi has Marquette set as a No. 3 seed against Old Dominion in the first round. And CBS expert Jerry Palm also slots Marquette as a three, facing Hofstra of the Colonial Athletic Association. For what it’s worth, it’d be Hofstra’s first NCAA tournament appearance since 2001.

Marquette has never been a two or one seed, but that could change if the Golden Eagles clinch the conference.

It all starts with a win Feb. 27 at Villanova.

Check out where a few of the web’s big-name brackets currently rank the Golden Eagles: