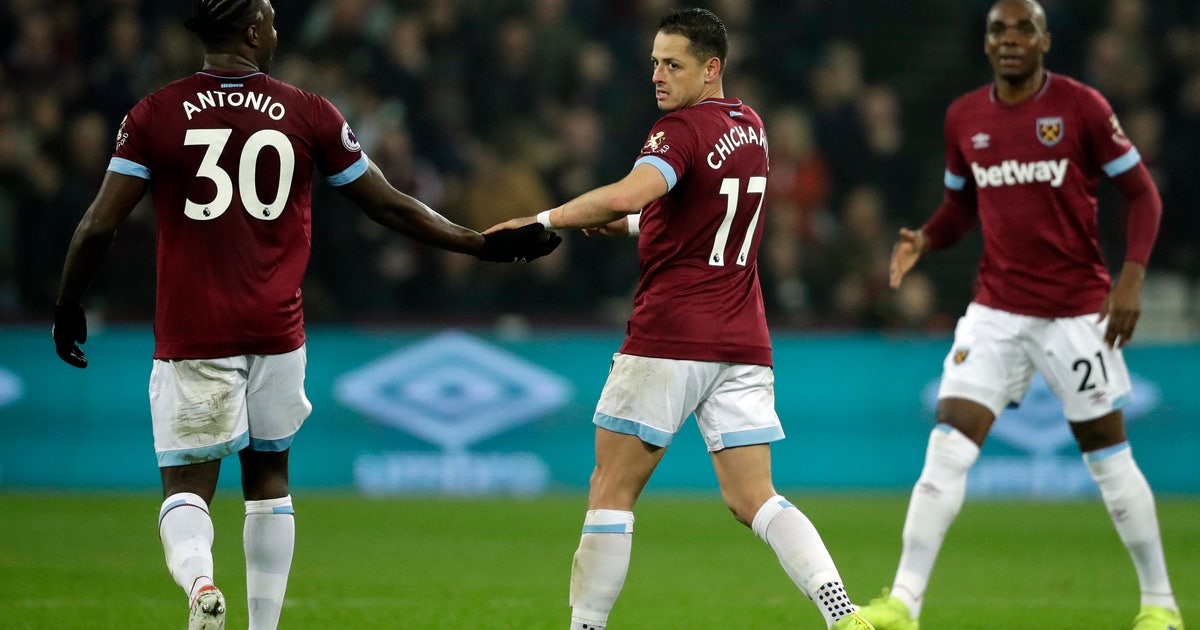 LONDON (AP) — A controversial goal by Javier Hernandez helped West Ham to a 3-1 come-from-behind victory against relegation-threatened Fulham in the Premier League Friday.

Ryan Babel gave Fulham the lead in the 3rd minute at the Olympic Stadium when he tapped in a cross from Jean Michael Seri.

Hernandez leveled in the 29th when he appeared to use his hand to jab the ball in at the fast post following a corner. Referee Lee Mason and his assistants missed the offense, which should be spotted by video assistant referees when they come to the Premier League next season.

West Ham took the lead in the 40th minute when center back Issa Diop headed in another corner. Michail Antonio made certain of the win in stoppage time at the end of the game after he was set up by Marko Arnautovic.

Manuel Pellegrini’s West Ham is ninth in the standings, while Claudio Ranieri’s Fulham is eight points from safety with 11 games remaining.