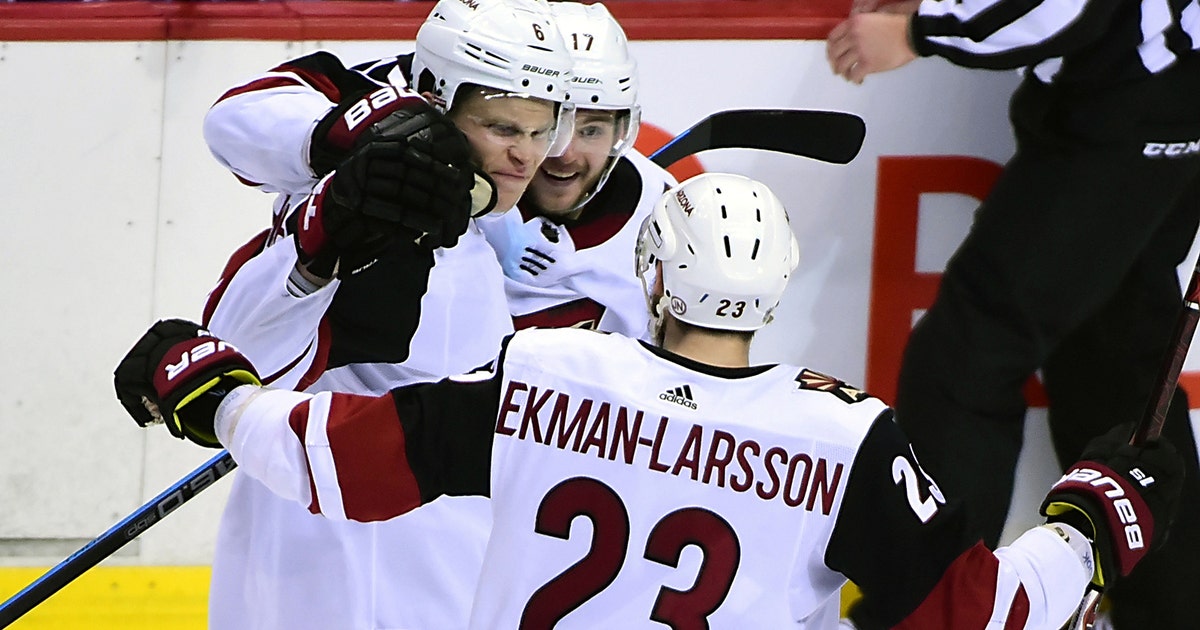 VANCOUVER, British Columbia — Alex Galchenyuk scored 1:54 into overtime on an impressive individual effort to lift the Arizona Coyotes over the Vancouver Canucks 3-2 on Thursday night.

Galchenyuk used a sweeping deke to get around a defender, faked a move behind the net that fooled goalie Jacob Markstrom and stuffed the puck in against the near post.

The Coyotes moved within a point of Minnesota for the final wild card in the Western Conference. Vancouver is another point behind Arizona.

The Canucks had just four shots on goal in the third period, compared to 20 from the Coyotes, including the goals from Chychrun and Crouse to go ahead 2-1.

Gaudette tied it up with 3:03 left, snapping in a one-timer less than two minutes after Crouse’s go-ahead goal.

NOTES: Ryan Spooner made his Canucks debut on Thursday. The Edmonton Oilers traded the 27-year-old to Vancouver last week in exchange for Sam Gagner. … Forward Tim Schaller returned to the Canucks lineup after being healthy scratched for 10 of the team’s last 11 games.

Coyotes host Winnipeg on Sunday, and before the game will retire former captain Shane Doan’s No. 19 jersey.