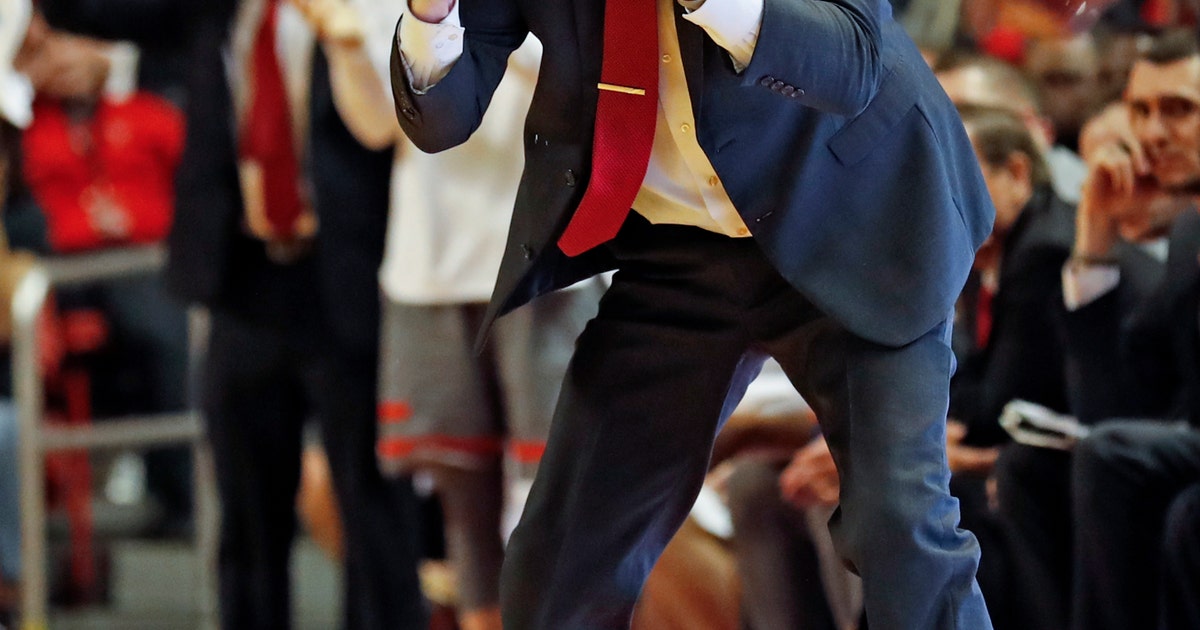 LAWRENCE, Kan. (AP) — Kansas has spent the better part of the past 15 years presiding over the Big 12.

Whether that streak continues could come down to 48 hours.

The No. 12 Jayhawks and No. 14 Texas Tech are each a game behind Kansas State heading into a showdown Saturday in Lubbock, Texas. Should they win what essentially amounts to an elimination game in the conference race, Kansas welcomes the No. 23 Wildcats to Allen Fieldhouse on Monday night.

“The key to having success is you worry about Saturday,” Jayhawks coach Bill Self said. “You don’t even think about Monday. You worry about Saturday and after Saturday is complete, regardless of the outcome, then you’ve got to totally retool them. We won’t get back here until probably 2 in the morning, and then you have a 30-minute prep day for K-State the next day. We’ll start worrying about that whenever the horn sounds in Lubbock but not until then.”

For good reason: Winning in Lubbock is anything but a sure thing.

But that game was played in the Phog, where Kansas has yet to lose this season, and both teams are looking and playing much differently these days.

The Red Raiders have bludgeoned four straight opponents while the Jayhawks are without Lagerald Vick, who remains on a leave of absence — the senior guard had 13 points in that first meeting.

“I just remember we didn’t come out ready to play,” Texas Tech guard Matt Mooney said, “and it was kind of embarrassing. We definitely have that in the back of our minds going into this game.”

There are other high-profile games Saturday, including an ACC showdown between Florida State and North Carolina and a crucial SEC game between Tennessee and LSU. But none of those four teams is trying to continue the longest conference championship streak in NCAA history, which ups the ante not only on the Jayhawks but the other teams still in Big 12 title contention.

Oklahoma State was the last team to win the league in 2004, though Kansas has shared the title a few times. But even that hasn’t occurred since 2013, when Kansas State matched the Jayhawks and the four freshmen currently in Self’s starting lineup were in middle school.

That wasn’t supposed to be the case, of course. The Jayhawks were supposed to have Vick in the starting lineup along with 7-footer Udoka Azubuike. But Vick’s absence combined with a season-ending injury to Azubuike has forced Self to adjust his entire team on the fly.

Gone are the twin-big sets and inside-outside actions.

In their place? Four guards, an up-and-down pace and a whole lot of 3-pointers.

“I sound like his agent,” Texas Tech coach Chris Beard said, “but Coach Self has done a great job of coaching this team. He’s basically changed the way they play. They’ve had roster changes with injury and a leave of absence and he’s, like, turned them into almost a different team.”

Some believe this may be Self’s greatest coaching performance, even though the ceiling for a rejiggered team that was the nation’s preseason No. 1 might be merely be another conference title.

“They’re really good,” Beard countered. “They have seven or eight players that are really good, and they have a Hall of Fame coach that has set them up.”

As effusive as Beard was in praising Self, his counterpart lavished the Texas Tech boss with just as much acclaim. Self marveled at the development of the Red Raiders’ Jarrett Culver, one of the league’s best players, and the way Beard has gotten Texas Tech to play defense.

Since losing at Kansas, the Red Raiders have beaten West Virginia, Oklahoma, Oklahoma State and Baylor by an average of 24 points. None of those opponents scored more than 61 points.

“It’s a huge game for both teams,” Self said. “It doesn’t necessarily put an exclamation point on where your season will finish based on the outcome, but it would certainly benefit the one greatly and put them in position to maybe play for something. It is certainly a huge game. … It’s going to be fun.”