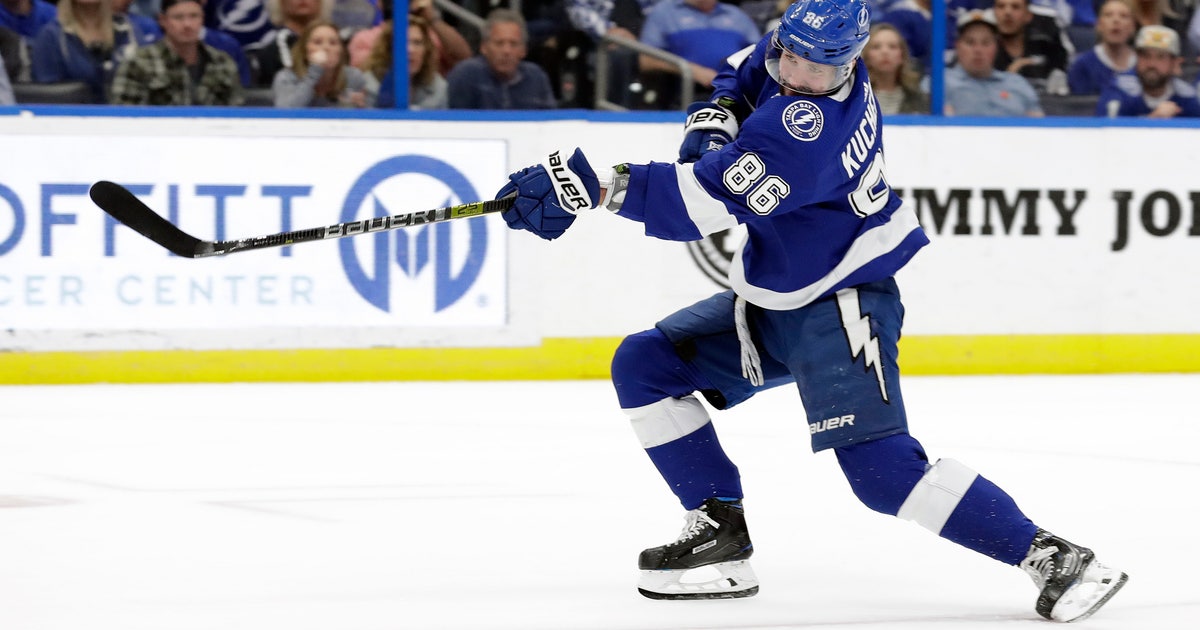 TAMPA, Fla. (AP) — Nikita Kucherov became the fastest player to 100 points in a season since Mario Lemieux, and he and Steven Stamkos scored in the shootout to lift the Tampa Bay Lightning over the Buffalo Sabres 2-1 on Thursday night.

Kucherov became the league’s first 100-point player this season with his 30th goal. He got there in 62 games, one more than it took Lemieux in 1996-97.

Andrei Vasilevskiy had 29 saves and stopped both shootout attempts he faced. The Lightning have won eight straight and earned points in 12 in a row (10-0-2).

Kucherov is the first player in Lightning franchise history to record multiple 100-point seasons and is the seventh player in the past 20 years with back-to-back such campaigns.

Buffalo opened the scoring late in the first period when Dahlin sent a shot from the far left point that deflected in off the shin pad of Tampa Bay defenseman Ryan McDonagh at 18:13.

The Lightning tied it midway through the second when Tyler Johnson fed a pass on a 2-on-1 to Kucherov for a sweeping one-timer at 11:10.

Notes: Lightning D Victor Hedman returned to the lineup after missing Tuesday’s game at Philadelphia with a lower-body injury. … Buffalo G Linus Ullmark was originally scheduled to start, but the team said he suffered a minor injury during the morning skate. He was available to dress as the backup. … Tampa Bay allowed the opening goal of the game for the first time in seven games. … Buffalo D Matt Hunwick returned after missing one game with lower-body injury. … Kucherov has four consecutive 30-goal seasons. … The Lightning have allowed two-or-fewer goals in five consecutive games.