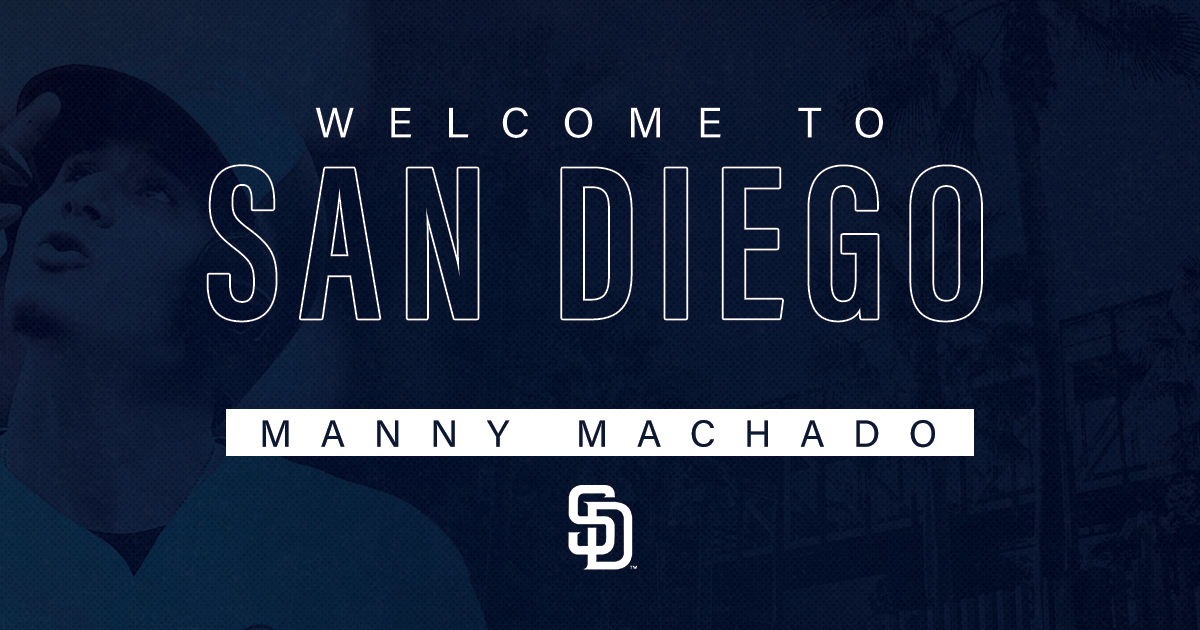 This is not a dream.

This is reality … AND IT’S AWESOME!

The San Diego Padres scored an enormous victory in securing the talents of free-agent infielder Manny Machado, the team announced on Thursday.

It’s OFFICIAL! The #Padres have signed Manny Machado to a 10-year contract through the 2028 season. Welcome to San Diego, Manny! https://t.co/zr5ZnD82Sy pic.twitter.com/F8jImsTziD

Machado will wear No. 13 for the Padres.

It’s the largest deal for a free agent in Major League Baseball history, including an opt-out clause after the 2023 season.

The new Padre: Get to know Manny Machado

“Manny Machado is a generational talent, and we’re ecstatic that he’s chosen to spend his prime years in a San Diego Padres uniform,” said Padres Executive Chairman Ron Fowler and General Partner Peter Seidler said in a joint statement on Thursday. “This momentous agreement speaks volumes to the direction of our organization, as well as our commitment to bringing a World Series Championship to the Friar Faithful and the City of San Diego.”

“Manny is one of the truly elite players in baseball and impacts the game on both sides of the ball,” added Preller. “The resume that Manny has built at such a young age puts him in an exclusive club of big-league talent, and we feel fortunate to have the support of Ron, Peter and the entire ownership group to make this deal possible. We’ve spent the last several years building a foundation of talent throughout our system that allows us to make a landmark signing such as this. Our scouting, front office and research & development groups all believe that Manny is the right player at the right time for us. His combination of youth, experience and ability makes him a perfect fit for the Padres both now and in the future as we work to build a perennial contender at the Major League level.”

OFFICIAL: The @Padres have signed star infielder Manny Machado to a 10-year contract through the 2028 season.

Machado is expected to fill the team’s gaping need at third base.

He began last year with Baltimore, was traded to the Los Angeles Dodgers after the All-Star break and struck out to end the World Series loss to Boston.

San Diego is making a stunning move early in spring training for the second-straight year after reaching a $144 million, seven-year contract last February with first baseman Eric Hosmer. The Padres, who have been rebuilding with prospects, have not had a winning season since 2010, and haven’t been to the playoffs since 2006. The franchise has never won the World Series.

(The Associated Press contributed to this report)

Should Manchester United consider moving on from Ole? Alexi Lalas discusses | State Of The Union

Should Manchester United consider moving on from Ole? Alexi Lalas discusses | State Of The Union