In its quest to further enhance security on the Mambilla Plateau in Taraba State, the Nigerian Air Force (NAF) has provided a mobile Jet A-1 fueling facility to enable the refueling of NAF Helicopters that would operate out of the 23 Quick Response Wing (23 QRW) Nguroje.

This is according to NAF spokesman, Air Commodore Ibikunle Daramola.

In addition, the NAF has provided motorcycles as well as other equipment and tactical gear to Special Forces personnel in the Wing to enable them more effectively carry out their assigned task.

The Commodore noted that the action is in fulfillment of the promise made by the Chief of the Air Staff (CAS) , Air Marshal Sadique Abubakar, during his maiden operational visit to the 23 QRW on 19 January 2019.

He said, “During the visit, the CAS had promised that he would continue to do all within his power to provide the needed logistics support and resources that would enable the Wing function more effectively and efficiently in ensuring peace and security in the area”.

The NAF spokesman urged Nigerians to go out in mass to exercise their voting rights as their security is assured.

READ ALSO: One Killed As Gunmen Attack Troops In Yenagoa 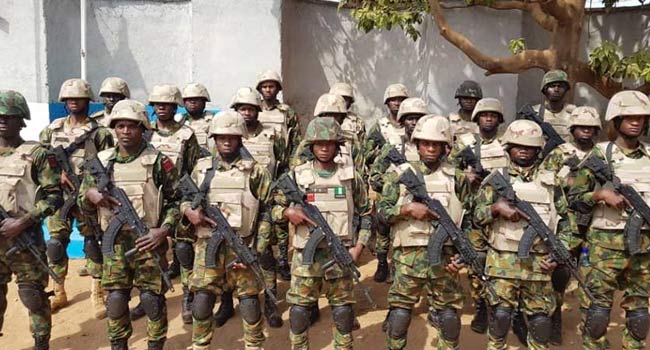