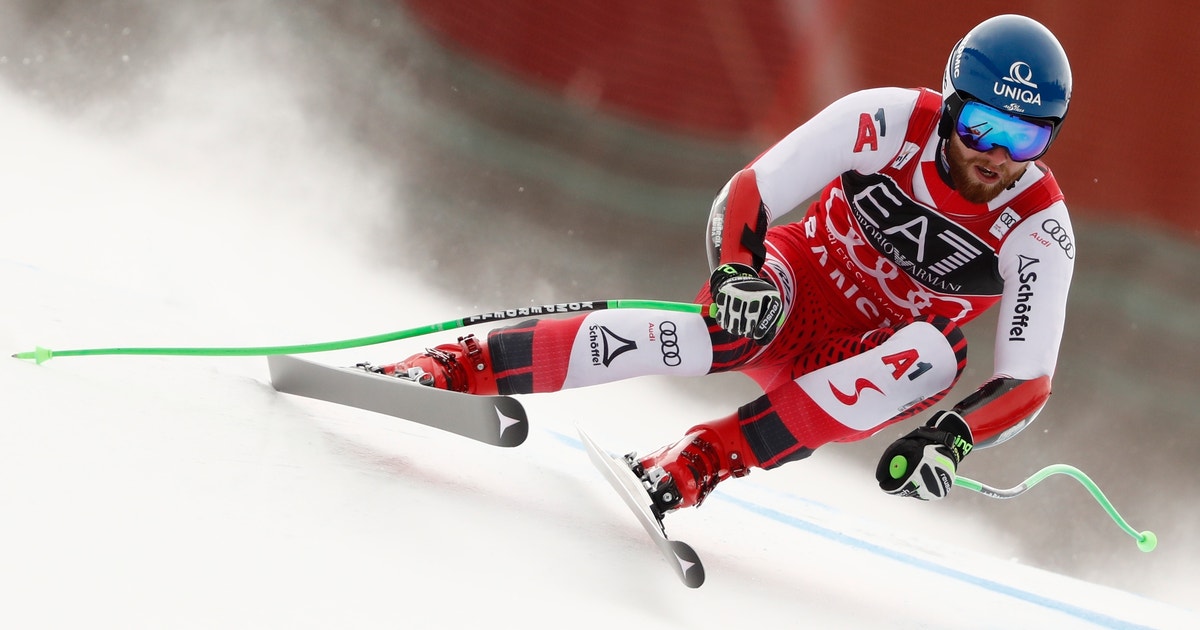 The Frenchman, who won the world title in the discipline 11 days ago, was third after the opening super-G portion of the season-ending race. A slalom run, his strongest event, was set for later Friday.

Pinturault trailed Mauro Caviezel of Switzerland by 0.16 seconds and Vincent Kriechmayr of Austria by 0.06.

The Frenchman could match the World Cup record of five combined titles, set by Kjetil Andre Aamodt of Norway 17 years ago.

Pinturault is third in the combined standings, but both racers ahead of him struggled.

Marco Schwarz, who won the only previous race in Wengen last month, hurt his left knee after landing a jump and decided not to start in the slalom. And the runner-up in the standings, Victor Muffat-Jeandet, trailed by a massive 2.79 seconds.

Overall World Cup leader Marcel Hirscher made a rare appearance in a combined event, the only discipline in which he has competed before but not won a race. The Austrian was 1.83 seconds behind.

Making his World Cup debut in a speed event, Henrik Kristoffersen of Norway finished the super-G run 2.51 seconds off the pace.