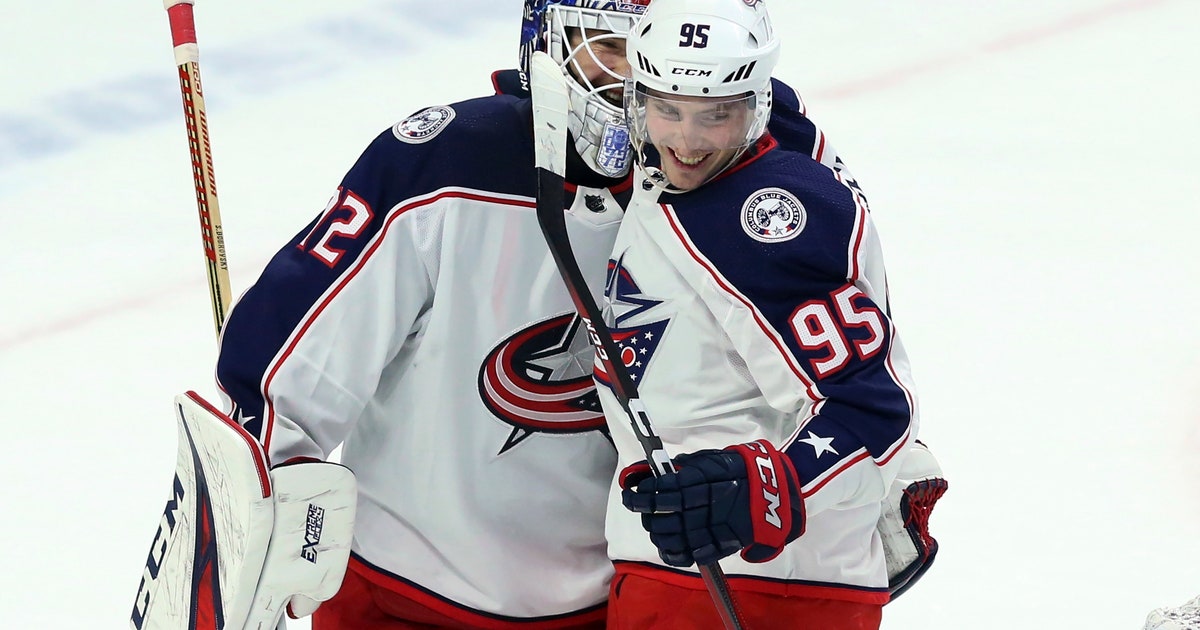 OTTAWA, Ontario (AP) — Sergei Bobrovsky made 22 saves and Matt Duchene’s first game with the Columbus Blue Jackets was a 3-0 win over his former team, the Ottawa Senators, on Friday night.

Craig Anderson made 37 saves for the Senators, who were shut out for the second straight game and have lost three straight. Ottawa has gone 125 minutes, 17 seconds, since its last goal.

With the NHL trade deadline approaching Monday, Mark Stone and Ryan Dzingel were scratched again as the struggling Senators move forward with a rebuild.

DETROIT (AP) — Luke Kunin and Jordan Greenway scored in the first period, and Minnesota went on to beat Detroit.

Eric Staal added a goal in the second for the Wild, who are 3-6-3 in their last 12 games but occupy the final playoff spot in the Western Conference after sweeping back-to-back road games against the Rangers and Red Wings.

CHICAGO (AP) — J.T. Compher scored his second goal of the game on a breakaway to snap a tie with 5:22 left, and Colorado topped Chicago for its third straight victory.

Carl Soderberg also had two goals, including a short-handed empty-netter, and Gabriel Landeskog scored his 32nd of the season early in the third. The Avalanche got 41 saves from Semyon Varlamov.

Patrick Kane scored his 39th goal to extend his point streak to 20 games and goal-scoring run to five straight. Dylan Strome and Alex DeBrincat also scored for the Blackhawks. Jonathan Toews and Erik Gustafssson each had two assists.

Collin Delia made 26 saves as Chicago lost for just the third time in 13 games. Kane has 17 goals and 26 assists during his point streak.

Colorado is one point behind Minnesota for the final wild-card spot in the Western Conference.