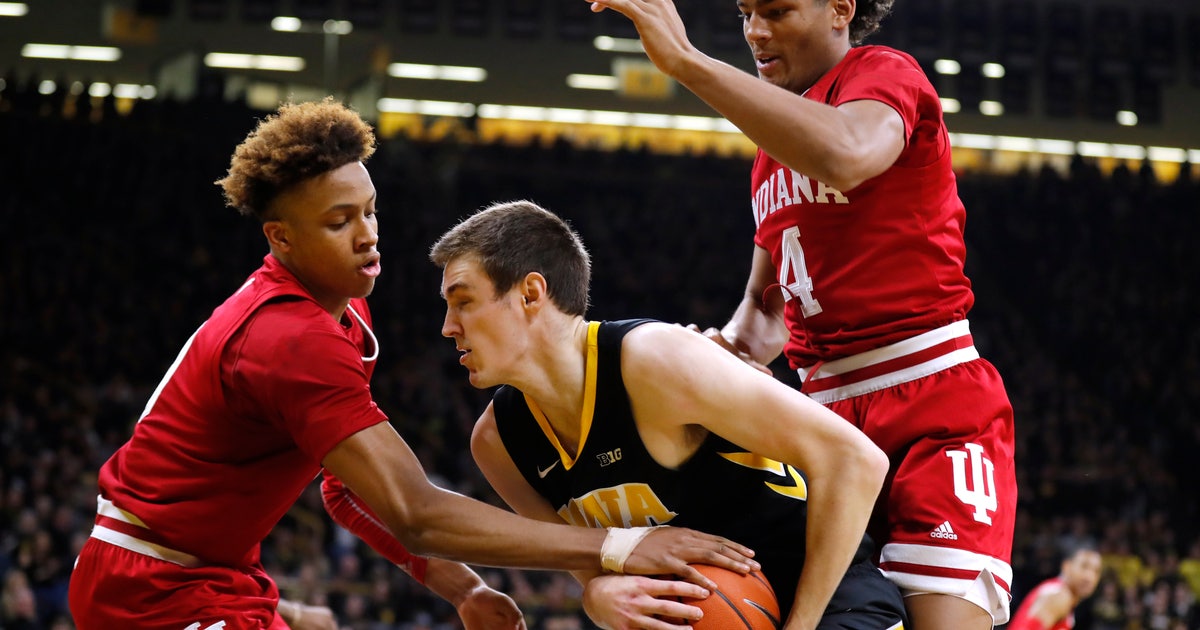 IOWA CITY, Iowa (AP) — Jordan Bohannon hit three 3s in overtime, including one with 20.2 seconds left, and 21st-ranked Iowa rallied to beat Indiana 76-70 in overtime on Friday night for its fifth win in six games.

Bohannon, whose 3 with 28 seconds left in regulation forced overtime, buried another one to put Iowa ahead 68-65 with 2:47 to go. De’Ron Davis answered with a 3-point play, but Bohannon hit a 3 off a loose ball with 2 minutes left to give the Hawkeyes a 71-68 lead. Cook’s free throw with 1:10 left made it a two-possession game, but Morgan responded with a putback.

Indiana’s defense forced Bohannon to jack up a 3 at the shot clock buzzer, but the junior calmly knocked it through to complete one of the spectacular stretches of his career.

Iowa: Iowa needed 3s in the final seconds to beat Northwestern and Rutgers, and the Hawkeyes lost to Maryland 66-65 at home on Tuesday. Iowa looked lost at times against a team it beat by five on the road two weeks ago — but Bohannon was there to bail them out yet again. Still, winning is all that counts at this time of year.

Indiana: The Hoosiers hung with No. 10 Purdue until the very end, losing 48-46 on the road on Tuesday, and they hung with the Hawkeyes as well. It’s been a trying Big Ten season in Bloomington, but could a strong finish be on the table? Indiana hosts 22nd-ranked Wisconsin and No. 10 Michigan State next week

Even with the win, Iowa could find itself on the outside looking in when Monday’s poll comes out.

Indiana hosts the Badgers on Tuesday