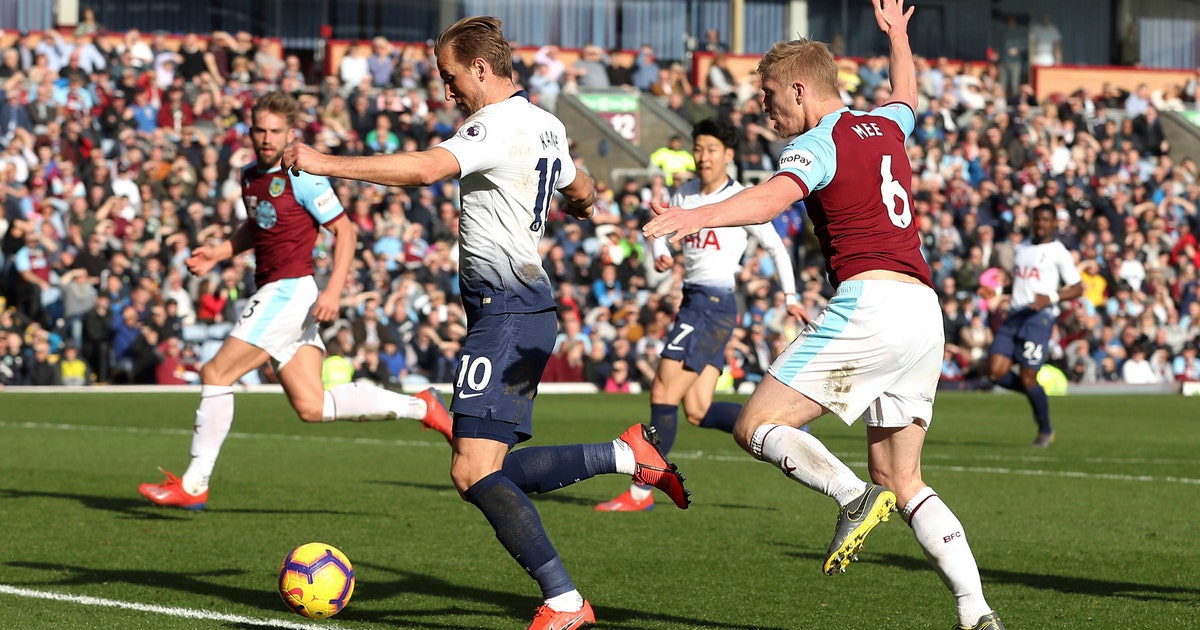 BURNLEY, England (AP) — Tottenham’s slim title chances faded further with a 2-1 loss at Burnley in the Premier League on Saturday despite Harry Kane making a scoring return from injury.

Ashley Barnes scored an 83rd-minute winner for Burnley, dealing a major blow to Tottenham’s hopes of catching leading duo Manchester City and Liverpool — and leaving coach Mauricio Pochettino fuming at referee Mike Dean over a decision that led to the hosts’ first goal.

Chris Wood headed in the opener in the 57th from a disputed corner, with Pochettino and his Tottenham players arguing that the ball had gone off a Burnley player and it should have been a goal kick.

Pochettino immediately argued with the fourth official after that goal and then confronted Dean after the final whistle, squaring up to the veteran referee.

Kane, playing his first game since injuring his ankle on Jan. 13, showed his usual scoring touch when he netted an equalizer in the 65th, running onto a long throw-in and beating goalkeeper Tom Heaton with a low shot inside the far post.

But Barnes restored Burnley’s lead when a shot by Johann Berg Gudmundsson was deflected into his path at the back post, leaving the striker with a simple finish.

Tottenham would have pulled within two points of Manchester City with a win but remains five points behind Pep Guardiola’s side and Liverpool, which can go eight points clear of Spurs by beating Manchester United on Sunday.

The win takes Burnley’s unbeaten run to eight games in the league and lifts it six points outside the relegation zone.