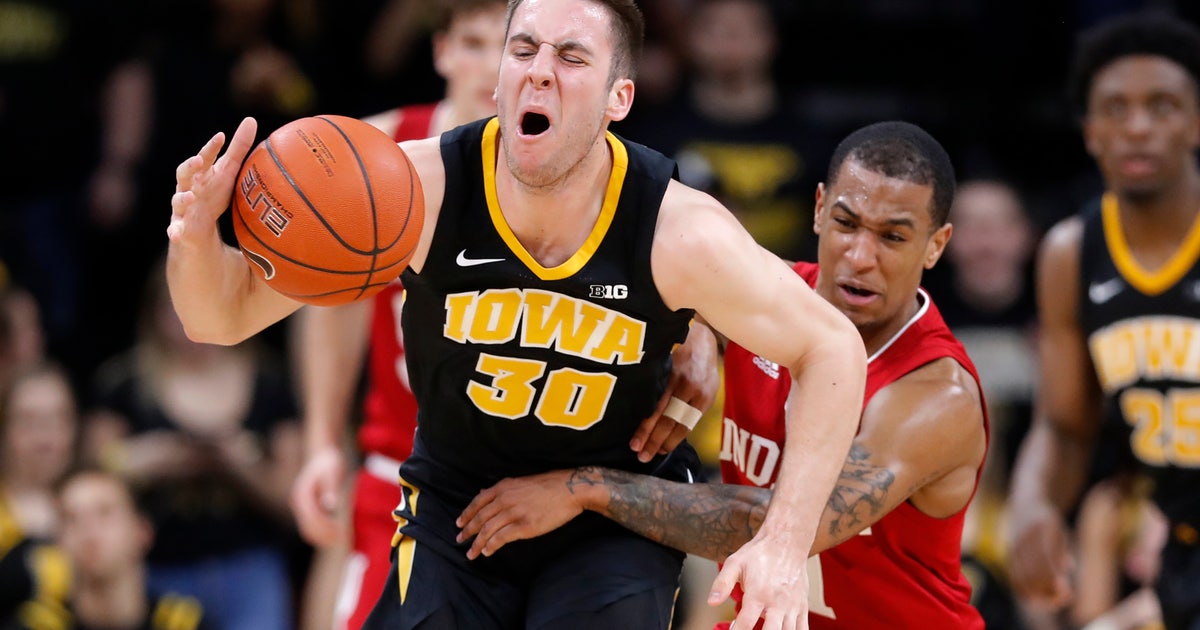 IOWA CITY, Iowa (AP) — Jordan Bohannon hit three 3s in overtime, including one with 20.2 seconds left, and 21st-ranked Iowa rallied to beat Indiana 76-70 in overtime on Friday night for its fifth win in six games.

Bohannon, whose 3 with 28 seconds left in regulation forced overtime, buried another one to put Iowa ahead 68-65 with 2:47 to go. De’Ron Davis answered with a 3-point play, but Bohannon hit a 3 off a loose ball with 2 minutes left to give the Hawkeyes a 71-68 lead. Cook’s free throw with 1:10 left made it a two-possession game, but Morgan responded with a putback.

Indiana’s defense forced Bohannon to jack up a 3 at the shot clock buzzer, but the junior calmly knocked it through to complete one of the spectacular stretches of his career.

Perkins scored eight points in the final 1:15 of the first half as part of an electrifying 10-0 run in which Buffalo built a 35-27 lead. CJ Massinburg scored 18 for Buffalo (24-3, 12-2 Mid-American Conference) in matching No. 5 Tennessee for the nation’s second-longest home winning streak and before the largest crowd in school history.

Buffalo moved into sole possession of first place in the East Division following Bowling Green’s loss to Ohio. And the win also clinched the Bulls a bye into the quarterfinals of the MAC tournament next month as they can’t finish lower than second in the East.

Antonio Williams scored 17 before fouling out to lead Kent State (19-8, 8-6), which lost consecutive games for the first time since a four-game losing streak in February 2018.