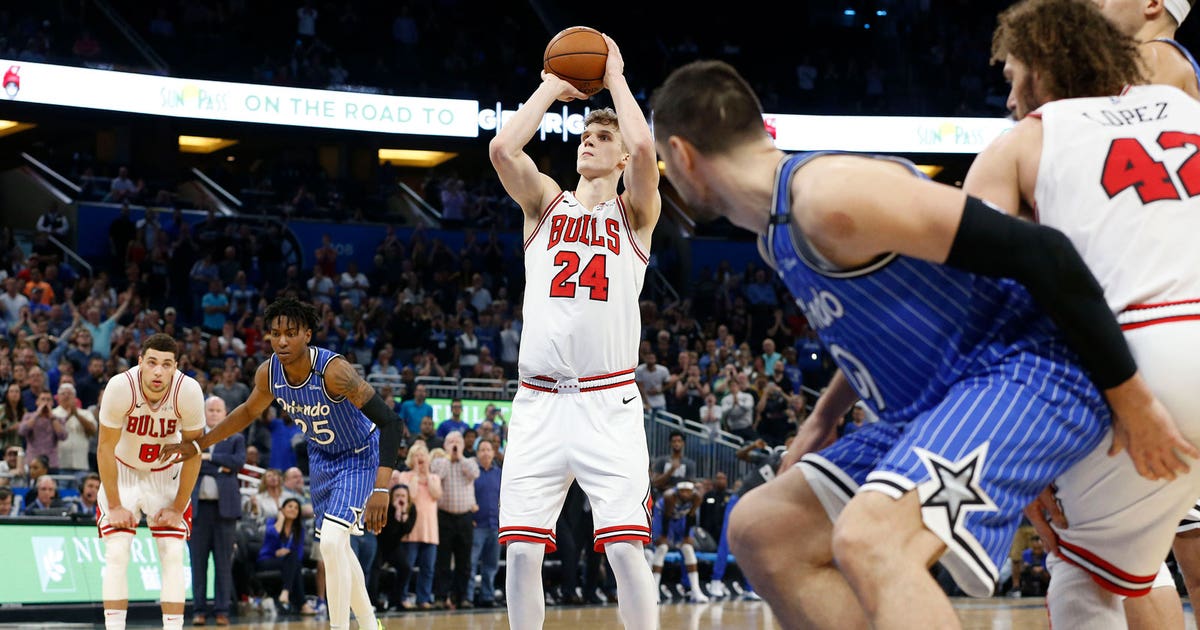 ORLANDO, Fla. (AP) — Lauri Markannen made two of three free throws with 1.5 seconds left to give the Chicago Bulls a 110-109 victory over the Orlando Magic on Friday night in the first game after the All-Star break for both teams.

After being fouled by Aaron Gordon on a 3-pointer, Markannen missed the first attempt, the Bulls’ only miss of the game in 19 attempts, and hit the second two. Markannen finished with 25 points and 11 rebounds.

Evan Fournier, whose 3-pointer gave Orlando a one-point lead with 6.3 seconds left, missed a shot after the buzzer. The Magic had won a season-high five straight games.

Zach LaVine added 22 points for the Bulls, Robin Lopez had 18, and Otto Porter Jr. 17. Fournier led Orlando with 22 points, and Nikola Vucevic had 19 points and 13 rebounds.

The Magic missed 11 of 24 free throws, two by B.J. Augustin with 34 seconds left. He went into the game as the NBA’s 12th-leading free-throw shooter at 87.3 percent.

Bulls: The scheduled morning shootaround at an Orlando high school was canceled because of concerns about the floor, which did not have a 3-point line.

Magic: David Steele, who called his 2,396th game as the team’s radio or TV voice, was inducted as the eighth member of the Orlando Magic Hall of Fame. . . . A win would have given the Magic their longest winning streak in seven years. . . . After five full days off, coach Steve Clifford said Wednesday’s practice “felt like we haven’t played for two months.”

Magic: At Toronto on Sunday.