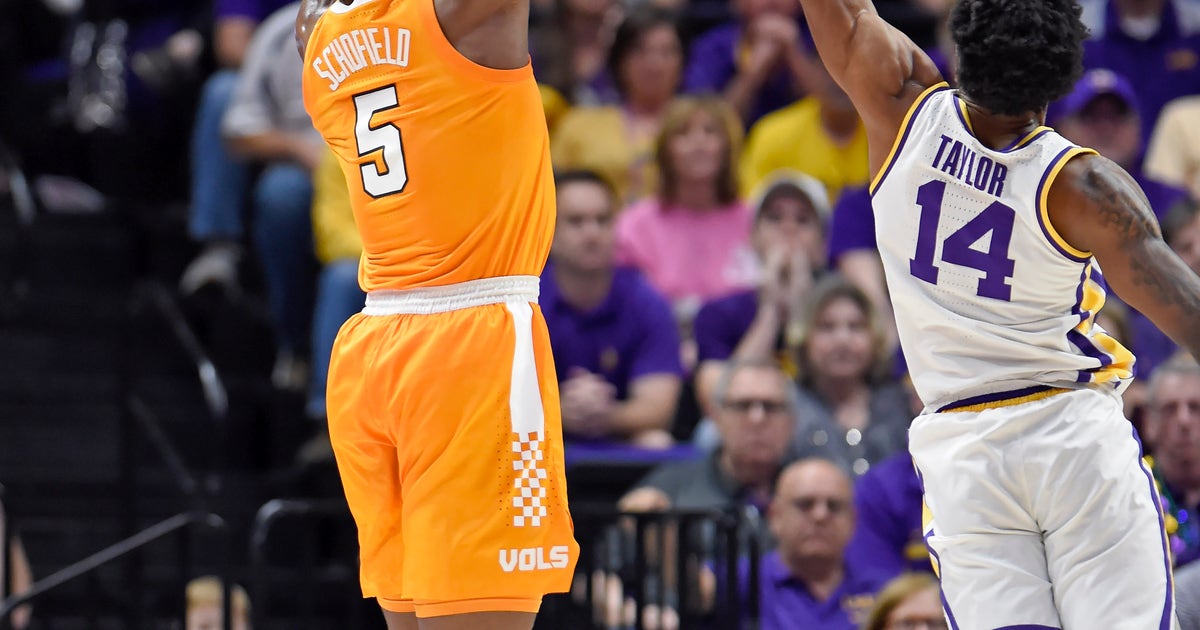 BATON ROUGE, La. (AP) — Javonte Smart capped a career-best 29-point performance with a crucial rebound and go-ahead free throws in the final seconds, and No. 13 LSU outlasted fifth-ranked Tennessee 82-80 in overtime on Saturday.

Smart, a freshman who grew up near Baton Rouge, began to take over the game with about six minutes left in regulation, scoring 11 straight Tigers points to prevent Tennessee from pulling away.

Skyler Mays added 23 points, including a game-tying 3 with 1:16 left in regulation for LSU (22-5, 12-2 SEC), which pulled into a tie with Tennessee atop the Southeastern Conference despite playing without its leading scorer, point guard Tremont Waters.

Admiral Schofield had 27 points and Grant Williams 18 for Tennessee (24-3, 12-2), which has lost two of three after spending about a month ranked first in the nation.

Waters was ruled out with an undisclosed illness shortly before the game, and the challenge only got tougher for LSU when starting forward Naz Reid committed two early fouls.

Reid never found his rhythm, missing all nine shots he attempted from the floor. He scored his only point when he hit the second of two free throws in the final minute of overtime.

But Smart, who was starting and primarily running the offense in Waters’ absence, picked up the slack and helped LSU produce a tension and emotion-filled contest against a Volunteer squad that led most of the way. When Smart was fouled by Williams after securing a rebound with 0.6 seconds left, he waved to the frenzied crowd with both arms and pounded his chest, then calmly stepped to the line and sank the winning free throws.

Tennessee led for almost all of the second half until LSU tied it late and later took a brief lead in the final minute on Mays’ free throws.

Williams tied it for Tennessee to help force overtime, and he put the Vols in front late in OT with a layup while he was fouled by Kavell Bigby-Williams.

But Bigby-Williams tied it with a putback with 6 seconds left.

Lamonte turner had a chance to win it for Tennessee, but the timing of his miss from 3-point range was less than ideal for the Vols. A couple seconds remained as both teams scrambled for a long rebound. Smart came up with it before Tennessee’s Williams collided with the Tigers’ freshman and was called for the decisive foul.

Tennessee: The Volunteers will regret losing control after they appeared primed to pull away inside the final 10 minutes of regulation. Their inability to beat an LSU team that had lost to Florida at home four days earlier won’t help them in the rankings. Tennessee also did not take care of the ball as well as usual, with 14 turnovers to 10 assists. LSU had 17 points off of turnovers.

LSU: The Tigers were desperate to avoid losing a second straight at home. Their refusal to fold and ability to overcome virtually no production from Waters and Reid — their top scorers this season — make a statement about how difficult an opponent LSU could become in the NCAA Tournament.