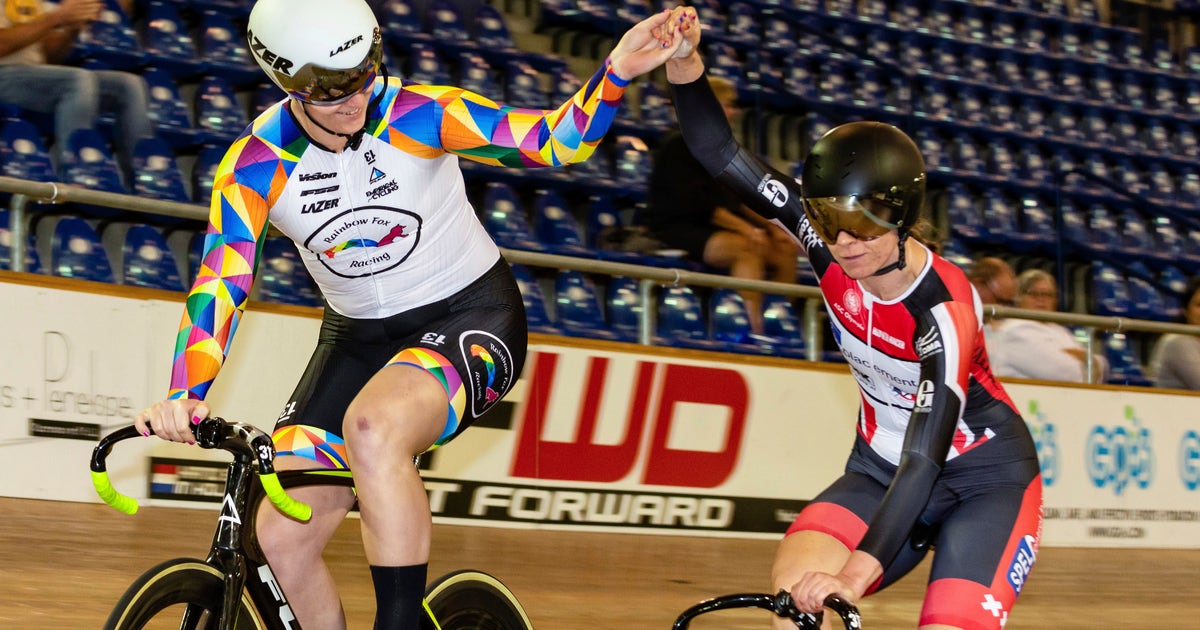 Across the U.S. and in many places abroad, transgender athletes are breaking barriers in high school, college and pro sports and being embraced by teammates and fans. But resentments can still flare when transgender women start winning and dominating their sport.

Exhibit A is a recent public exchange involving tennis great Martina Navratilova, who came out as a lesbian in 1981 and is a longtime gay-rights activist. She now stands accused of being “transphobic” after asserting that many transgender women — even if they’ve undergone hormone treatment — have an unfair advantage over other female competitors.

“A man can decide to be female, take hormones if required by whatever sporting organization is concerned, win everything in sight and perhaps earn a small fortune, and then reverse his decision and go back to making babies if he so desires,” Navratilova wrote in a Feb. 17 op-ed for The Sunday Times of London. “It’s insane and it’s cheating.”

Supporters of trans inclusion in sports were aghast. One advocacy group, Athlete Ally, ousted Navratilova from its advisory board and said she would no longer be designated one of its ambassadors.

“Trans women athletes aren’t looking to take over women’s sport,” Athlete Ally said. “They are women and want to compete in the sport they love, just as any other athlete would.”

Navratilova’s column reignited a social-media clash with Rachel McKinnon, a transgender Canadian track cyclist who in October won a world championship sprint event for women of ages 35 to 44.

Navratilova’s argument is “centered on a fabrication, fantasy, and a fiction,” McKinnon said in an email to The Associated Press. “She imagines a nonexistent cisgender man who will pretend to be a trans woman, convince a psychologist and a physician to prescribe hormone therapy, undertake the process for legal changer recognition, then wait the minimum 12 months of testosterone suppression required by the current IOC rules, compete, and then change his mind and ‘go back to making babies’?”

“No such thing will ever happen,” McKinnon wrote. “This is an irrational fear of trans women.”

Overall, supporters of increased trans inclusion are heartened by the pace of progress for trans athletes. A growing number of state high school athletic associations in the U.S. enable them to play on teams based on their gender identity, and the NCAA has trans-inclusive guidelines for all its member schools.

The International Olympic Committee has allowed trans athletes to compete in its affiliated sports since 2003, but until 2016 it required them to first undergo sex-reassignment surgery. Under the new rules, which resemble the NCAA’s guidelines, female-to-male transgender athletes can enter men’s competitions without restrictions, while male-to-female athletes need to demonstrate that their testosterone level has been below a certain point for at least a year before their first competition.

“As long as trans people are losing and are not the best, everything is OK,” Carroll said. “As soon as they start winning, that’s when the vitriol comes out about how they’re really still a man.”

The vitriol can surface even at the high school level. In the track and field community in Connecticut, the dominance of transgender girl sprinters Terry Miller and Andraya Yearwood has stirred resentment among some competitors and their families.

The phenomenon is not new. After trans Canadian mountain biker Michelle Dumaresq won the national title in British Columbia in 2006, second-place finisher Danika Schroeter donned a T-shirt provided by her boyfriend during the medal ceremony. It read: “100% Pure Woman Champ.”

Dumaresq later told The National Post, a Canadian newspaper, “That was the moment I stopped loving the sport. … That kind of wrecked it for me.”

In Brazil, Tiffany Abreu became the first transgender player in the top women’s volleyball league in 2017, five years after halting a career as a globe-trotting male player. She is grateful for support from fans and from teammates on her Sao Paolo-based club and hopes to make the national women’s team ahead of the 2020 Olympics.

But Abreu’s record performances have rankled Ana Paula Henkel, a four-time Olympian for Brazil in volleyball and beach volleyball. She vented her feelings in an open letter to the IOC in December, contending its policy was unfair.

“This rushed and heedless decision to include biological men, born and built with testosterone, with their height, their strength and aerobic capacity of men, is beyond the sphere of tolerance,” Henkel wrote. “It represses, embarrasses, humiliates and excludes women.”

McKinnon encountered resentment on an even larger scale after she won her world championship event last year.

Initially, she was elated, even though one of her top rivals pulled out of the final at the last minute. But then a photo rocketed across the internet showing her on the podium with the two smaller, skinnier runners-up.

“I’m immensely proud of my accomplishment,” McKinnon wrote a few days later. “But not all of it has been positive. … I’d say the negative comments have outweighed the positive by about 3,000 to one.”

In December, McKinnon surged back into social-media prominence, engaging in a sharp-edged Twitter exchange with Navratilova after the tennis legend made an initial foray into the debate.

“You can’t just proclaim yourself a female and be able to compete against women,” Navratilova tweeted. “There must be some standards, and having a penis and competing as a woman would not fit that standard.”

Navratilova subsequently deleted the tweet and maintained public silence on the issue until defending her original position with the Sunday Times op-ed. McKinnon, meanwhile, said she is still training hard, amid duties as a college philosophy professor, and aspires to make Canada’s Olympic team next year.

While the trend in the U.S. clearly has been toward more inclusion for transgender athletes, USA Powerlifting has incurred recent criticism for sticking by its policy of banning trans women from its competitions. The organization contends that regardless of testosterone levels, male-to-female competitors generally have significant advantages in regard to bone density and muscle mass.

“These traits, even with reduced levels of testosterone do not go away,” the organization said. “While MTF may be weaker and less muscle than they once were, the biological benefits given them at birth still remain over that of a female.”

Among those affected by the policy was trans woman JayCee Cooper, who won a women’s state championship in Minnesota but was denied entry into a USA Powerlifting event.

Another trans female weightlifter, Laurel Hubbard of New Zealand, was warmly welcomed by many spectators when she competed last year in the Commonwealth Games in Australia. Hubbard was the favorite in the over-90-kilograms division but injured herself trying to set a games record.

“The crowd was absolutely magnificent — I felt just like a big embrace, and I wanted to give them something that reflected the best I could do,” Hubbard said.

Most of the high-profile stories about trans athletes have involved transgender women; fewer transgender men have reached levels of achievement in men’s sports events that generated news coverage.

Among the exceptions is Los Angeles-based Patricio Manuel, a super featherweight who won a unanimous decision in December in what was billed as the first pro boxing bout in the U.S. involving a transgender man. Scars were visible on Manuel’s chest from breast-removal surgery.

One of the most prominent trans male athletes is Chris Mosier, a world-class triathlete who came out as trans in 2010. He created the web site transathlete.com as a resource for athletes, coaches and administrators and has advised a variety of sports organizations on how to create trans-inclusive policies.

“More and more leagues and organizations are understanding they need to have a policy in place and be proactive, as opposed to waiting for someone to say, ‘I want to play,’” Mosier said. “That leaves an organization scrambling and often making bad policy because they’re on the defensive.”

Mosier is pleased by the trend among high school athletic associations toward more inclusivity. His web site lists only seven states as maintaining severely restrictive policies that limit transgender athletes to teams conforming with the gender on their birth certificate or require them to undergo sex-reassignment surgery or hormone treatment.

Among those states is Texas, where officials required transgender male Mack Beggs to compete in girls’ wrestling competitions against his wishes; he won state titles in 2017 and 2018.

There are no authoritative statistics on the number of trans athletes competing in U.S. high schools and colleges, but the pool of transgender young people is sizable. The Centers for Disease Control and Prevention said in January that 1.8 percent of high school students questioned in a major multistate survey identified as transgender.

The NCAA’s policy on transgender participation is generally praised by activists, although Hudson Taylor, executive director of Athlete Ally, said numerous colleges in the NCAA don’t follow the guidelines rigorously.

Mosier said the NCAA is working on a revision of the guidelines, and he hopes the new ones might take into account the increasing number of young Americans who consider themselves “non-binary” — identifying as neither male nor female.