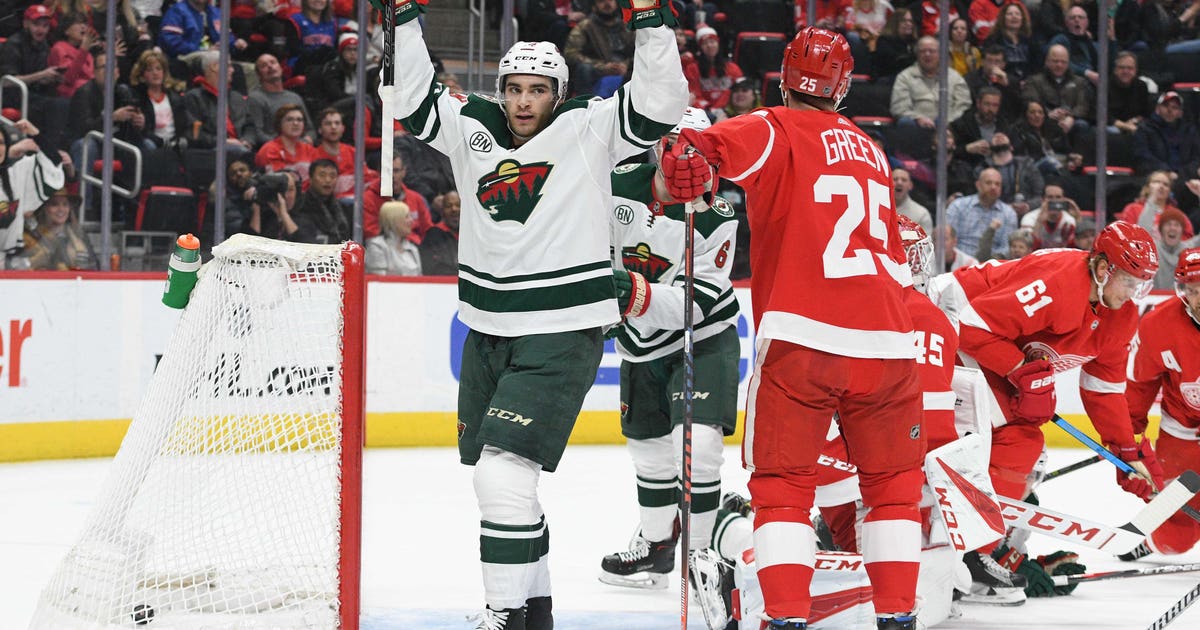 DETROIT — Luke Kunin and Jordan Greenway scored in the first period, and the Minnesota Wild went on to a 3-2 victory over the Detroit Red Wings on Friday night.

Eric Staal added a goal in the second for the Wild, who are 3-6-3 in their last 12 games but occupy the final playoff spot in the Western Conference after sweeping back-to-back road games against the Rangers and Red Wings.

The Wild took a 1-0 lead when Kunin scored on a rebound after Detroit goalie Jonathan Bernier stopped Joel Eriksson Ek’s stuff attempt. Greenway then beat Bernier from the slot to make it a two-goal game.

The Red Wings pulled within one in the second period when Bertuzzi deflected Filip Hronek’s shot past goalie Devan Dubnyk, but Staal answered with his 18th of the season, knocking a loose puck into the net during a goal-mouth scramble on a Minnesota power play.

Mantha made it 3-2 with a power-play goal with 16:54 remaining in the third. His shot may have nicked Minnesota defenseman Jonas Brodin on the way in.

NOTES: The Red Wings traded D Nick Jensen earlier in the day to Washington for D Madison Bowey. The teams also exchanged draft picks. Bowey was expected to arrive in the Detroit area Friday, and general manager Ken Holland said it will be up to coach Jeff Blashill to decide if Bowey will play in the team’s next game Sunday. … Dubnyk nearly made a costly mistake in the first period when he ventured to the corner to play the puck. He lost possession to Detroit’s Darren Helm, who quickly shot toward the vacated net, but Mikael Granlund came over for the Wild to prevent the puck from going in.