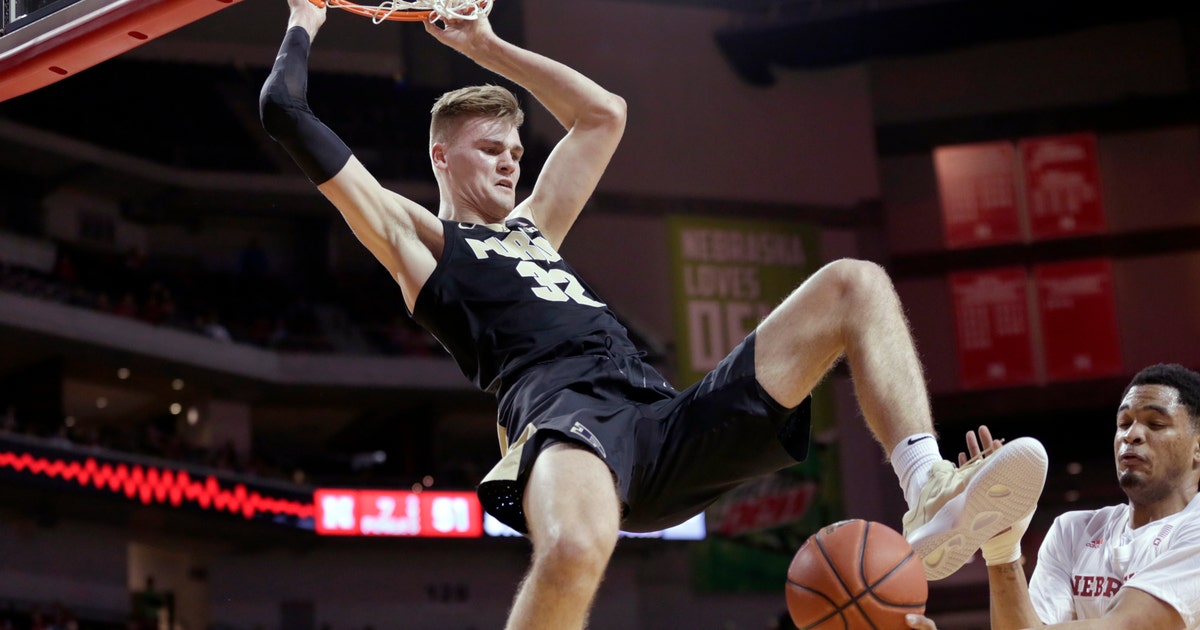 LINCOLN, Neb. (AP) — Matt Haarms scored 17 points, Grady Eifert beat the shot clock for two huge baskets down the stretch, and No. 15 Purdue posted a 75-72 win over Nebraska on Saturday.

Purdue (20-7, 13-3 Big Ten) won its second straight close road game, having beaten Indiana 48-46 on a tip-in with three seconds left Tuesday. Ryan Cline’s 3-pointer to end the first half gave the Boilermakers a two-point lead, and they never trailed again.

Their 14th win in 16 games pulled them into a brief three-way tie for first in the Big Ten with Michigan and Michigan State. The tie will be broken Sunday when those two teams meet in Ann Arbor.

The Cornhuskers cut the lead to 56-54 on Watson’s 3-pointer, but they couldn’t keep the Boilermakers off the offensive boards and Purdue got second-chance points on three straight possessions.

Carsen Edwards and Cline had 13 points apiece for the Boilermakers. Edwards continued to struggle with his shot after going 4 for 24 overall and 0 for 10 on 3-pointers against Indiana. Edwards was 3 for 16 and 1 for 10 on 3s Saturday and had no field goals the final 34 minutes.

Eifert made a couple big plays late to help keep the Boilermakers in front. Cline inbounded to Eifert under the Purdue basket with one second on the shot clock, and he scored to make it 62-58.

A few minutes later, Palmer partially blocked Edwards’ 3-point attempt as the shot clock was running out, and Eifert snatched the ball out of the air and in one motion banked in a shot to make it 64-61.

Purdue made 7 of 8 free throws down the stretch the lead as many as seven and finished 23 of 26 from the line.

The taller, deeper Boilermakers dominated on the backboards, outrebounding Nebraska 48-30.

Purdue: The Boilermakers continued their domination of Nebraska. Purdue is 16-5 all-time against the Huskers, 9-2 in Big Ten conference games and 3-1 at Pinnacle Bank Arena. Purdue secured a fifth straight 20-win season and its 12th in coach Matt Painter’s 14 seasons.

Nebraska: The crowd of 9,051 was the smallest of the season and one of the smallest since the Huskers began playing in Pinnacle Bank Arena in 2013-14. The low turnout came during a winter storm and the public was urged to stay home.