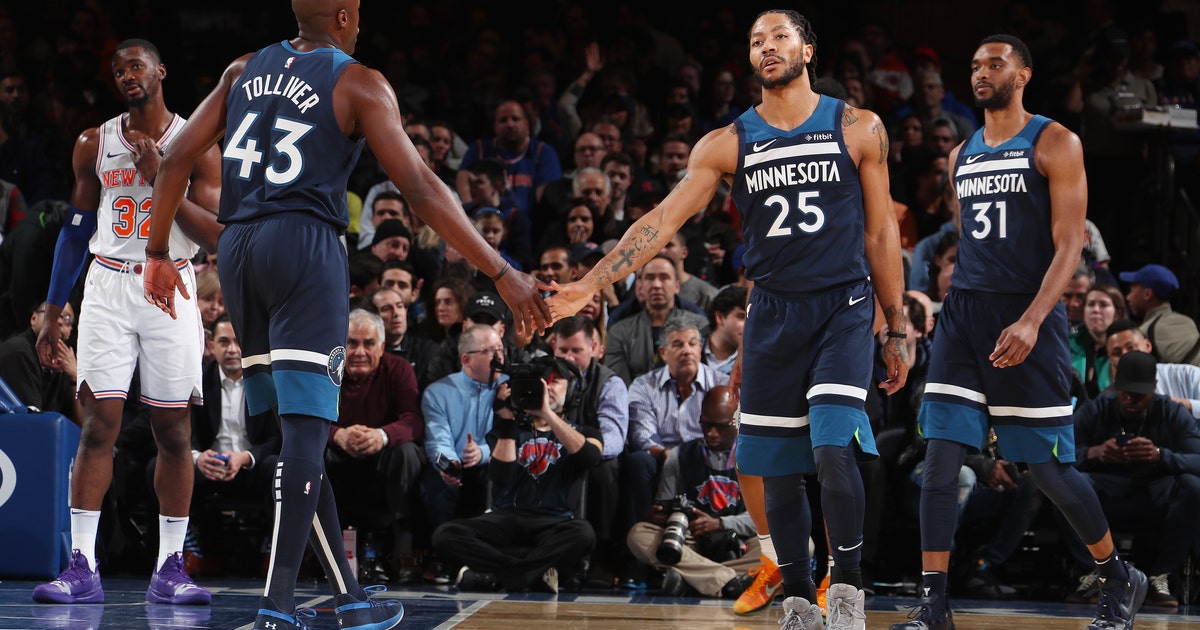 Towns’ streak of 303 consecutive starts was snapped when he was placed in the concussion protocol after a car accident. Towns was able to fly to New York after the accident Thursday in Minnesota, but was ruled out after further medical examination Friday.

The 2015 No. 1 draft pick’s streak of starts was the longest to begin a career since 1970-71. He just appeared in his second straight All-Star Game and would have been playing not far from where he grew up in New Jersey had he not been hurt.

Towns was at the arena, but was prevented from playing by league rules once in the concussion protocol. The Wolves’ next game is Saturday at Milwaukee, and Towns would have to clear the return-to-participation steps before he can return.

In his absence, Andrew Wiggins added 17 points after missing Minnesota’s two victories leading into the break with an illness, while Anthony Tolliver came off the bench for a season-high 16 points.

Damyean Dotson and Allonzo Trier each scored 20 points for the Knicks in their 18th straight home loss. DeAndre Jordan had 16 points and 19 rebounds, while Kevin Knox scored 17 points.

Dotson made five 3-pointers and scored 18 points in the first quarter, when the Knicks also got an emphatic dunk from Dennis Smith Jr. and led 33-29. But the Wolves largely controlled the game from there, though the Knicks did trim it to single digits with about 4 minutes to play

Timberwolves: G Tyus Jones returned after missing 13 games with a sprained left ankle and had four points. … C Gorgui Dieng was out for personal reasons.

Knicks: G Emmanuel Mudiay returned from a 12-game absence with a strained left shoulder. He had 15 points and six rebounds. … Coach David Fizdale said injured G Frank Ntilikina (groin) was getting further evaluation Friday and the Knicks would know more about his status Saturday.

“I’d just like to have him out there because he’s a pretty good player,” Saunders said . “So the streak, I think that is something that everybody should definitely take note of with Karl’s durability and his toughness and how he approaches the game, but from a coach’s viewpoint you’d like to have like Karl on the floor whenever you can.”

It was the eighth anniversary of a trade the teams were part of, though the Wolves were a largely forgotten part of it. The Knicks’ acquisition of Carmelo Anthony from Denver was actually a three-team trade involving Minnesota, which got Eddy Curry and Anthony Randolph from New York.