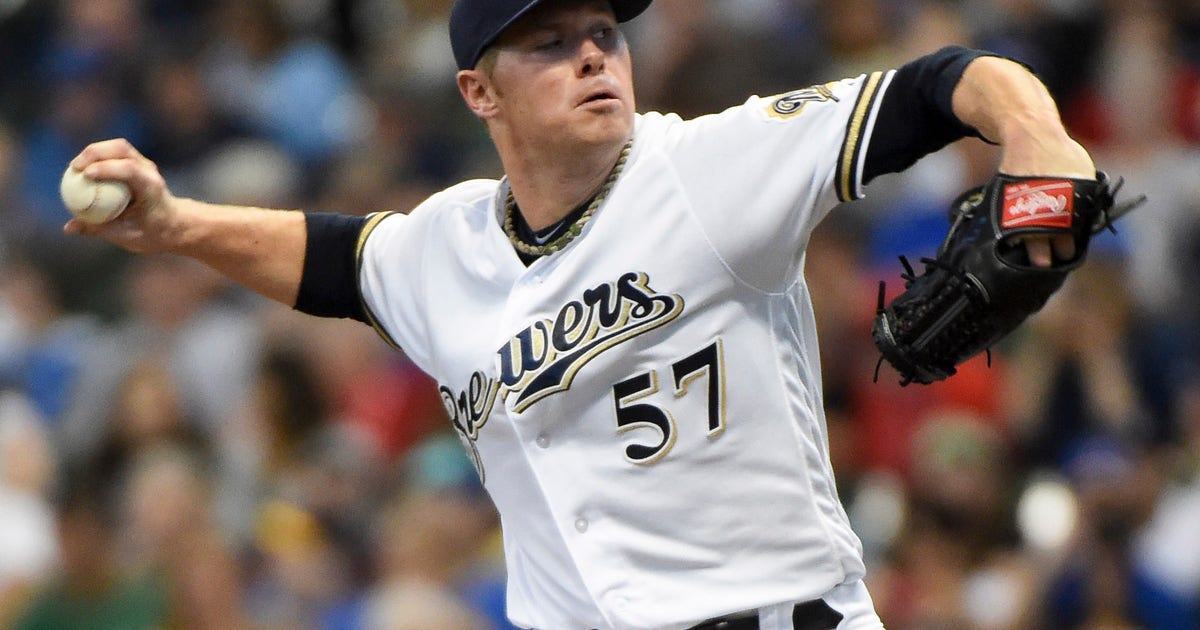 MESA, Ariz. — So far, all the talk about the Milwaukee Brewers adding a front-line starting pitcher has turned into absolutely nothing.

If Chase Anderson and Zach Davies can return to form, they might not need one.

Anderson, Davies and Jimmy Nelson were three of Milwaukee’s top pitchers in 2017, but they were spectators for much of the Brewers’ run to the NL Championship Series last year. Anderson was left off the postseason roster after he surrendered an NL-high 30 homers. Davies made just one relief appearance in the playoffs, and Nelson missed the whole season following surgery on his right shoulder.

Without Anderson, Davies and Nelson, manager Craig Counsell leaned heavily on his powerful bullpen last October. He might not have to do that as much this year if Anderson’s mechanical adjustments pay off and Davies and Nelson can stay on the field.

“It’s exciting, and I think the front office knows that, too,” Davies said. “I think they see that having down years and having injured years last year collectively that everybody comes back healthy and you know, Jimmy’s going to start to get into some games and start to feel ready to get back. So I think the front office sees that. I think we see it as a group too that we’re all excited for it.”

Anderson and Davies each pitched an inning in Milwaukee’s spring opener Saturday against the Chicago Cubs. Anderson yielded a two-run homer to Kris Bryant in the first, and Davies retired the side in order in the second.

The 31-year-old Anderson had a breakout season in 2017, going 12-4 with a 2.74 ERA in 25 starts. But the right-hander had some trouble with his motion last year and was never able to get on track.

His final numbers — a 9-8 record and a 3.93 ERA in 30 starts — weren’t too bad, but Anderson was disappointed. And he turned that disappointment into motivation for this year.

“That kind of fueled me in the offseason,” Anderson said. “It’s kind have been my lifespan in baseball. I’ve been the underdog a little bit.”

Anderson has made some changes to his delivery, bringing his hands over his head to help keep them moving during his motion. He also is staying on top of the rubber to help his hips stay in the right place.

He was a little up on the pitch Bryant drove over the wall in left-center, but felt good about his first day.

“I was in the zone. That’s the goal for your first outing is stay in the zone, come out healthy,” he said. “I felt like everything was crisp. The rhythm is starting to get going.”

Davies, who turned 26 on Feb. 7, and Anderson are part of a crowded field of candidates for Milwaukee’s rotation. Nelson, Jhoulys Chacin, Brandon Woodruff, Corbin Burnes and Freddy Peralta also are in the mix.

However it shakes out, Davies thinks the Brewers will be in good shape.

“Innings, health and consistency is really what pitching is, and so I think as a group that’s what all of us focus on,” he said. “You don’t have to be the 300 strikeouts a year or the guy that throws 250 innings but as long as you’re out there and giving the team a chance to win then that’s really all you can ask for.”