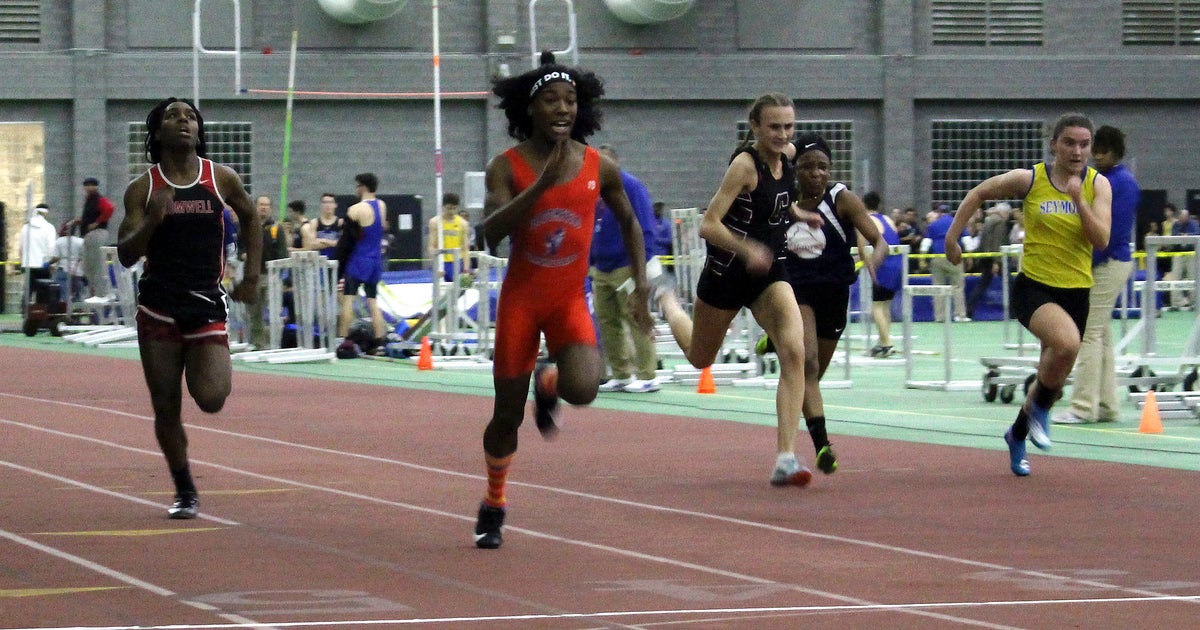 NEW HAVEN, Conn. (AP) — Andraya Yearwood hears the comments, usually from adults and usually not to her face.

She shouldn’t be running, they say, not against girls.

Yearwood, a 17-year-old junior at Cromwell High School, is one of two transgender high school sprinters in Connecticut, transitioning to female.

She recently finished second in the 55-meter dash at the state open indoor track championships. The winner, Terry Miller of Bloomfield High, is also transgender and set a girls state indoor record of 6.95 seconds. Yearwood finished in 7.01 seconds and the third-place competitor, who is not transgender, finished in 7.23 seconds.

Critics say their gender identity amounts to an unfair advantage, expressing a familiar argument in a complex debate for transgender athletes as they break barriers across sports around the world from high school to the pros.

“I have learned a lot about myself and about other people through this transition. I always try to focus most on all of the positive encouragement that I have received from family, friends and supporters,” Yearwood said. “I use the negativity to fuel myself to run faster.”

The other states either have no policy or handle the issue on a case-by-case basis.

Yearwood acknowledges she is stronger than many of her cisgender competitors, but says girls who are not transgender may have other advantages.

“One high jumper could be taller and have longer legs than another, but the other could have perfect form, and then do better,” she said. “One sprinter could have parents who spend so much money on personal training for their child, which in turn, would cause that child to run faster.”

Miller, who declined to be interviewed for this story, has said that if she felt a competitor had an unfair advantage, it would simply push her to try to improve.

One of their competitors, Selina Soule, says the issue is about fairness on the track with wider implications. The Glastonbury High School junior finished eighth in the 55, missing out on qualifying for the New England regionals by two spots.

Soule believes that had Miller and Yearwood not run, she would be on her way to race in Boston in front of more college coaches.

“We all know the outcome of the race before it even starts; it’s demoralizing,” she said. “I fully support and am happy for these athletes for being true to themselves. They should have the right to express themselves in school, but athletics have always had extra rules to keep the competition fair.”

The Connecticut Association of Schools-Connecticut Interscholastic Athletic Conference, which governs high school sports in Connecticut, says its policy follows a state anti-discrimination law that says students must be treated in school by the gender with which they identify.

“This is about someone’s right to compete,” executive director Glenn Lungarini said. “I don’t think this is that different from other classes of people, who, in the not too distant past, were not allowed to compete. I think it’s going to take education and understanding to get to that point on this issue.”

Joanna Harper, a medical physicist and transgender runner from Portland, Oregon, says the issue isn’t that simple. She believes there needs to be a standard based on hormone levels.

Until hormone therapies begin to work, genetic males have a distinct advantage over genetic females, she said. Most transgender teens don’t begin hormone therapy until after puberty. Younger teens can be on puberty-blocking drugs, but puberty is very individualized and testosterone levels can vary greatly from one transgender girl to another, she said.

Yearwood is hoping to qualify for this year’s National Scholastic Athletics Foundation national championships in March. The group recently adopted new rules allowing pre-pubescent girls to participate with their affirmed gender, though no ages are specified. Post-pubescent transgender girls must have completed sex-reassignment surgery and “a sufficient amount of time must have passed” after the operation or hormone therapy “to minimize gender-related competitive advantages.”

Transgender girls who are not taking hormone treatments related to gender transition may not compete in female competitions, the organization said.

Jon Forrest, whose daughter is teammates with Soule, is among a group of parents seeking a similar change to Connecticut’s state policy.

He said they’d like to see the state adopt a hormone standard or allow transgender girls to run with other girls but have their results placed in a separate exhibition category.

“The facts show Glastonbury would be the state champion based on cisgender girls competing against cisgender girls,” he said. “You don’t realize it until you see it in person, the disparity in the ability to perform.”

Lungarini said the state organization is not in a position to perform hormone testing of athletes and simply relies on the schools to tell them who identifies as male or female.

Yearwood’s coach, Brian Calhoun, said his runner also matters. As Yearwood kneeled behind a teammate, braiding her hair between races at another recent meet, Calhoun said the track team and community have provided the runner with a safe, welcoming place to be.

“There’s never been an issue in our town,” he said. “These kids, many of them have known Andraya since elementary school. They know who she is. So when she signed up, the attitude was: ‘OK, Andraya is running with the girl’s team. Here we go.’”