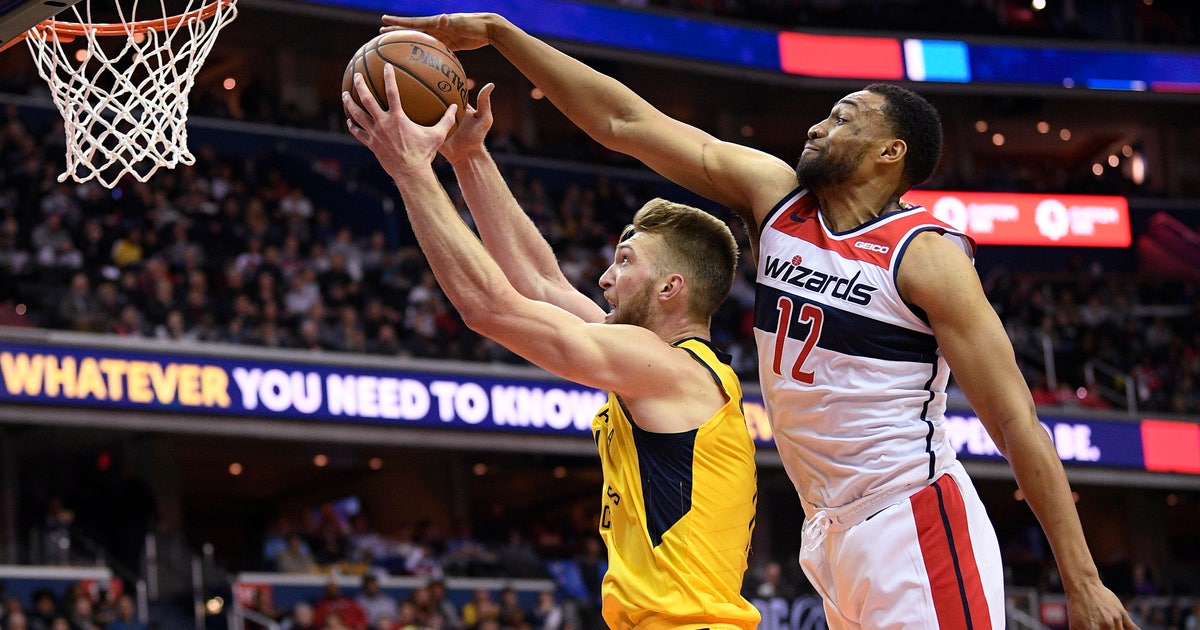 Domantas Sabonis added 13 points and 12 rebounds, while Darren Collison scored 11 of his 15 points in the fourth quarter to help the Pacers overcome 23 turnovers and sweep a second straight back-to-back set.

Indiana has won eight of nine. The Pacers previously dropped four in a row following the loss of All-Star guard Victor Oladipo for the season with a ruptured tendon in his right knee.

Bradley Beal scored 35 points for the Wizards, a night after posting a season-high 46 at Charlotte. He converted an exceptional four-point play that brought Washington within two midway through the fourth quarter.

Thomas Bryant added 23 points and 12 rebounds to respond to being dropped from the starting lineup, but Washington still fell to a fourth consecutive defeat.

After overcoming an early 20-point deficit at home on Friday against New Orleans, the Pacers shot nearly 62 percent (29 of 47) in the first half and built their lead to as large as 17 in the second quarter.

Washington chipped at the lead and then made a 13-2 run in the fourth. Beal pulled the Wizards within 99-97 when he crossed over his dribble, hit a 3 from the right wing, absorbed a bump from Wesley Matthews and sank a foul shot with 5:55 left.

Collison answered with a baseline 3 and then a pull-up jumper a possession later to quell the threat.

Washington mounted one last 10-2 run inside the final 90 seconds, with Bryant’s 3-pointer closing it to 115-112 with 28 seconds left. After another Indiana turnover, Bryant missed another 3 attempt, and Collison hit two free throws with 10.8 seconds left.

Pacers: Young made his first eight shots before missing a jumper with 7:11 remaining in the third quarter. . F/C Myles Turner missed his second consecutive game with a hip injury and is day-to-day, according to coach Nate McMillan. . Sabonis recorded his 24th double-double, and 21st coming off the bench.

Wizards: In place of Bryant, F Bobby Portis made his first start since joining the Wizards in the trade that sent Otto Porter Jr. to the Bulls earlier this month, and his seventh this season. . It was Bryant’s eighth double-double.

Wizards: At Brooklyn on Wednesday night.