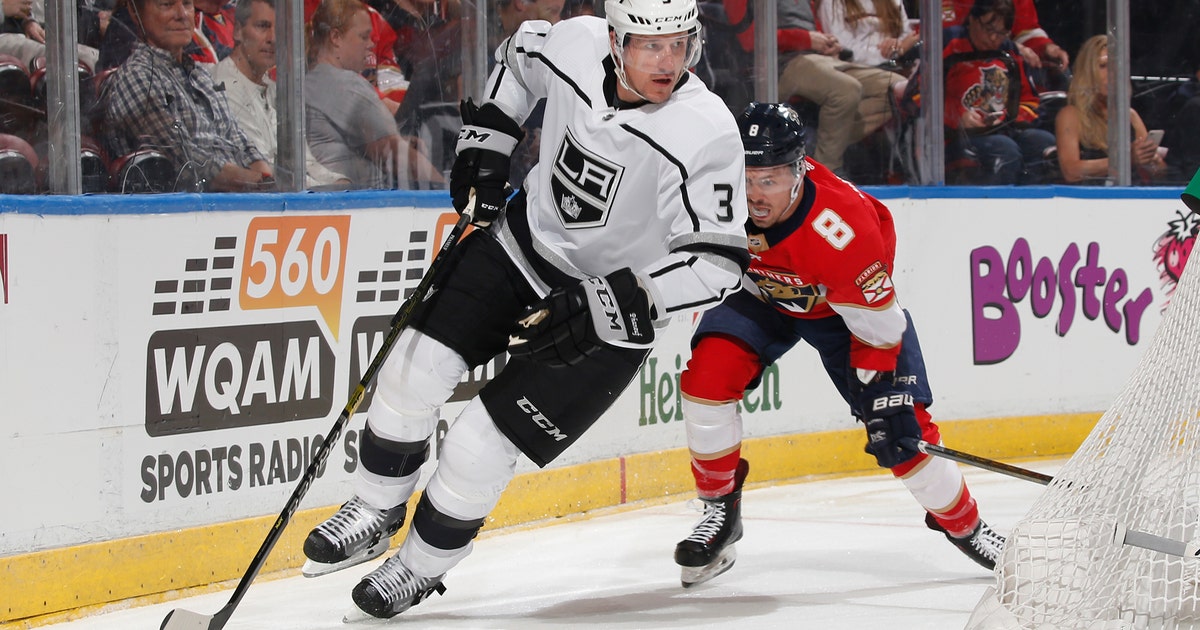 SUNRISE, Fla. (AP) — Aleksander Barkov and Keith Yandle scored on the power play and Florida had three goals in the second period on the way to a 6-1 victory over the Los Angeles Kings on Saturday.

Jonathan Huberdeau, Vincent Trocheck, Jamie McGinn and Ian McCoshen also scored, and Barkov, Huberdeau and Yandle added assists for the Panthers, who have won four of five and are 10-5-0 in their last 15.

Dustin Brown scored for the Kings, who dropped their seventh straight. Jonathan Quick stopped 17 of 23 shots before being lifted in the third period. Jack Campbell made two saves in relief.

Huberdeau broke a 1-all tie in the first period. He stepped out of the penalty box and collected an errant Kings slap shot that wrapped around the boards. Huberdeau then skated in on Quick and scored his 17th goal of the season at 13:33.

Barkov netted his 25th goal at 18:16 for a 3-1 lead during a 5-on-3 power play after the Kings’ Derek Forbort and Oscar Fantenberg went off for penalties.

Yandle pushed the lead to 4-1 when he scored the second man-advantage goal, his ninth, at 19:22, through plenty of traffic in front of Quick.

Trocheck skated into the left circle in the second period, took a pass from Evgenii Dadonov and scored his sixth goal, and first Jan. 21 at 11:56 of the first.

Brown tied it at 1 when he stole a pass just outside the blue line, raced in on Luongo and scored his 13th goal at 13:59.

Brown, who ended a run of 12 games without a goal, nearly scored his second to give Los Angeles its first lead on a short-handed breakaway in the period’s last minute, but Luongo denied him.

McGinn and McCoshen scored their first goals of the season in the third period — McGinn at 6:14, McCoshen 28 seconds later — for the final margin.

NOTES: Brown’s goal was his first since Jan. 17. . Los Angeles D Drew Doughty skated in his franchise-record 389th consecutive game. . Florida concluded its seven-game homestand with a 4-3-0 mark. .The Panthers scratched C Derick Brassard ahead of Monday’s trade deadline. The club acquired the unrestricted free agent Brassard and C Riley Sheahan (also a UFA) plus three 2019 picks from Pittsburgh on Feb. 1. . Barkov’s fourth consecutive multi-point game is the longest such streak of his career. . McGinn skated in his 600th NHL game.

Kings: At Tampa Bay on Monday.

Panthers: At Colorado on Monday.