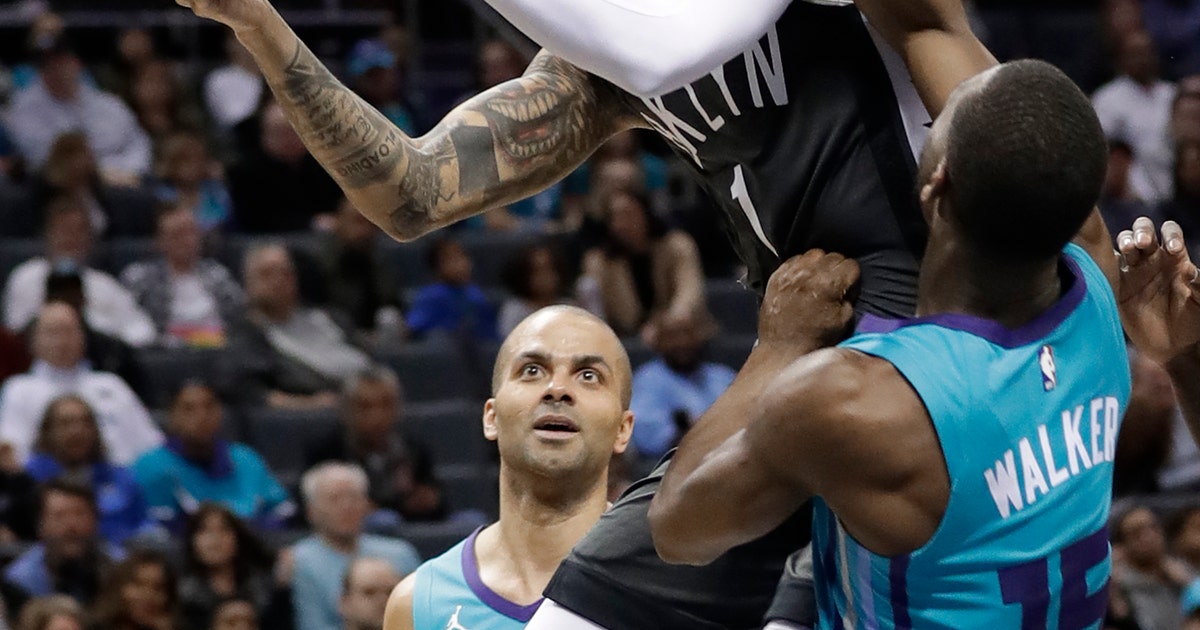 CHARLOTTE, N.C. (AP) — D’Angelo Russell tied a career high with 40 points and made some huge shots down the stretch, and the Brooklyn Nets picked up an important 117-115 win over the Charlotte Hornets on Saturday night.

The victory kept the Nets alone in sixth place in the Eastern Conference and gives them 2-1 edge in the series entering Friday night’s game at Brooklyn.

The game ended with fans booing the officials off the court after a no-call when Kemba Walker attempted a 3-pointer from the right wing at the buzzer. Caris LeVert had him well defended and was credited with a blocked shot, but Hornets players threw their arms up in the air and the crowd erupted in loud chorus of boos believing there had been a foul.

Walker finished with 32 points, including 28 in the second half. Tony Parker had 21 points for Charlotte, which battled back from 19 down in the second half and took an eight-point lead in the fourth quarter but couldn’t hold on.

Russell was a big reason why.

The lefty knocked down a fadeaway jumper from 15 feet, and then a long 3-pointer from the top of the key with 39 seconds left to give the Nets the 117-115 lead.

Charlotte appeared to seize momentum with a 34-9 run that ran from the third quarter into the fourth.

The Hornets cut the lead to two when Parker stripped Jarrett Allen under the basket, then drove the length of the court, put his foot in the floor and kicked out to Walker for a 3. Then Parker forced a turnover by Russell on a 3-on-1 fast break and hit a pull-up jumper to tie the game with 7 ½ to go.

Nets: Different weekend, same result for Joe Harris. Harris was 3 of 4 on 3-pointers on the same floor he won the NBA All-Star 3-point contest last weekend.

Hornets: Cody Zeller fouled out with 3:24 left in the game with 13 points and 11 rebounds, a big reason the Hornets lost the late lead. … Miles Bridges made his second straight start, but had to make an early exit after picking up two quick fouls. He had just four points.