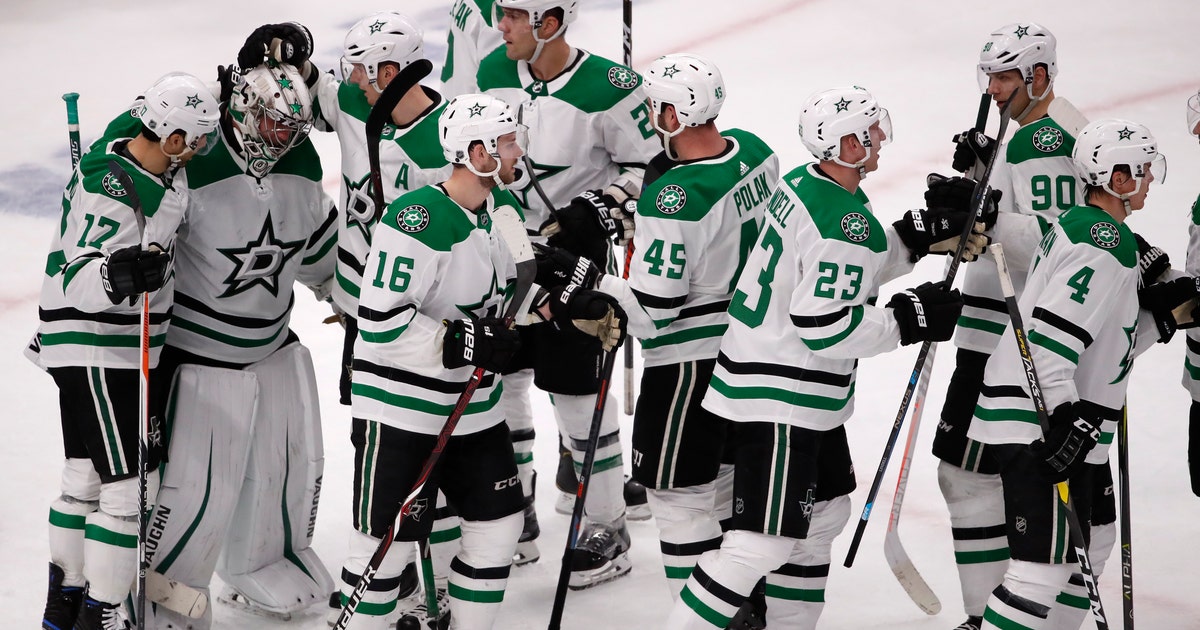 CHICAGO (AP) — Jason Spezza broke a tie on a 5-on-3 power play midway through the third period and the Dallas Stars rebounded to beat the Chicago Blackhawks 4-3 after blowing a three-goal lead Sunday.

Spezza took Alexander Radulov’s feed across the crease and tapped the puck past goalie Cam Ward.

The victory was overshadowed by the loss of Mats Zuccarello with what was thought to be a broken right arm in his first game with Dallas. Acquired from the New York Rangers on Saturday, Zuccarello had a goal and assist, but left after two periods and is expected to be sidelined at least four weeks.

Radulov and Radek Faksa also scored and Anton Khudobin made 44 saves for the Stars, fighting for a wild-card playoff spot in the Western Conference.

Chicago star Patrick Kane was held off the scoresheet, ending his points streak at 20 games. Chris Kunitz, Drake Caggiula and Jonathan Toews tied it for Blackhawks after they fell behind 3-0 early in the second period.

WASHINGTON (AP) — Evgeny Kuznetsov scored at 4:20 of overtime, just beating teammate Alex Ovechkin to the puck, and Washington beat New York in its return from its longest road trip this season.

Nicklas Backstrom scored his 14th and 15th goals of the season and the second-place Capitals moved within two points of the Metropolitan Division-leading New York Islanders.

Defenseman Mike Green had a goal and an assist, and Darren Helm and Gustav Nyquist also scored for Detroit.