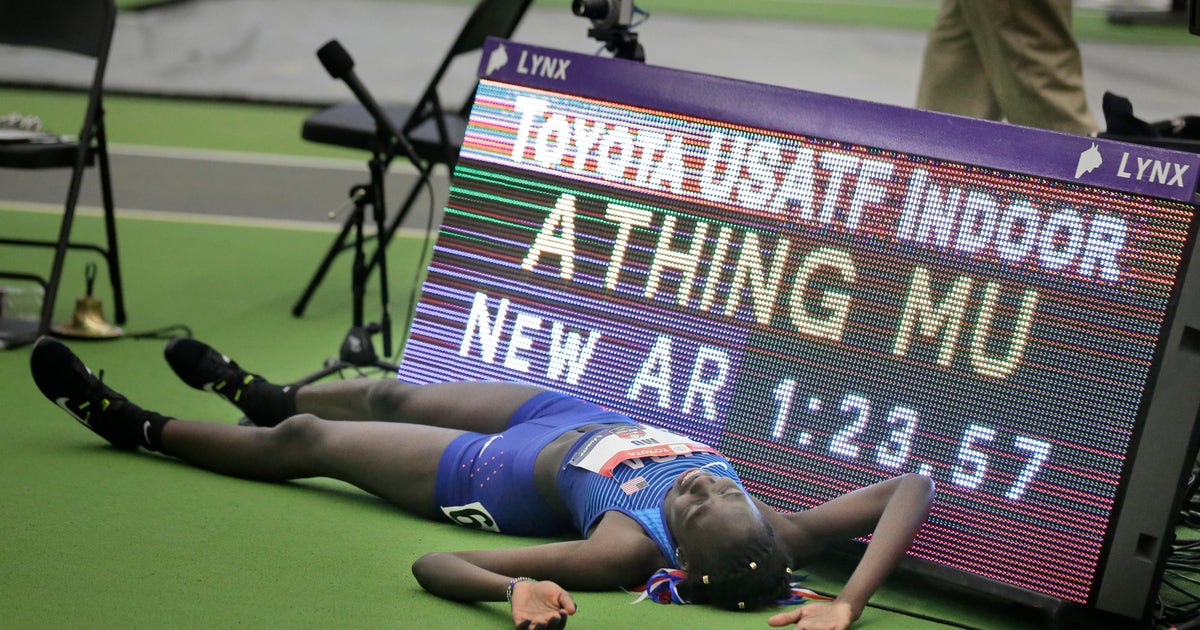 NEW YORK (AP) — Athing Mu, a high school junior from Trenton, New Jersey, set an American and high school record in the 600 meters at the USATF Indoor Championships at the Ocean Breeze Athletic Complete on State Island on Sunday.

The 16-year old whose parents emigrated from Sudan before she was born, finished in 1 minute, 23.57 seconds to edge 22-year old Raevyn Rogers.

In a qualifying race on Saturday she set the high school record with a 1:26.23.

The final day of the three-day event saw 15 championships decided.

Shelby Houlihan, upset in the mile Saturday night, rebounded to capture the 2-mile in a world-leading time of 9:31.38. She was attempting to win both distance titles for the third straight year.