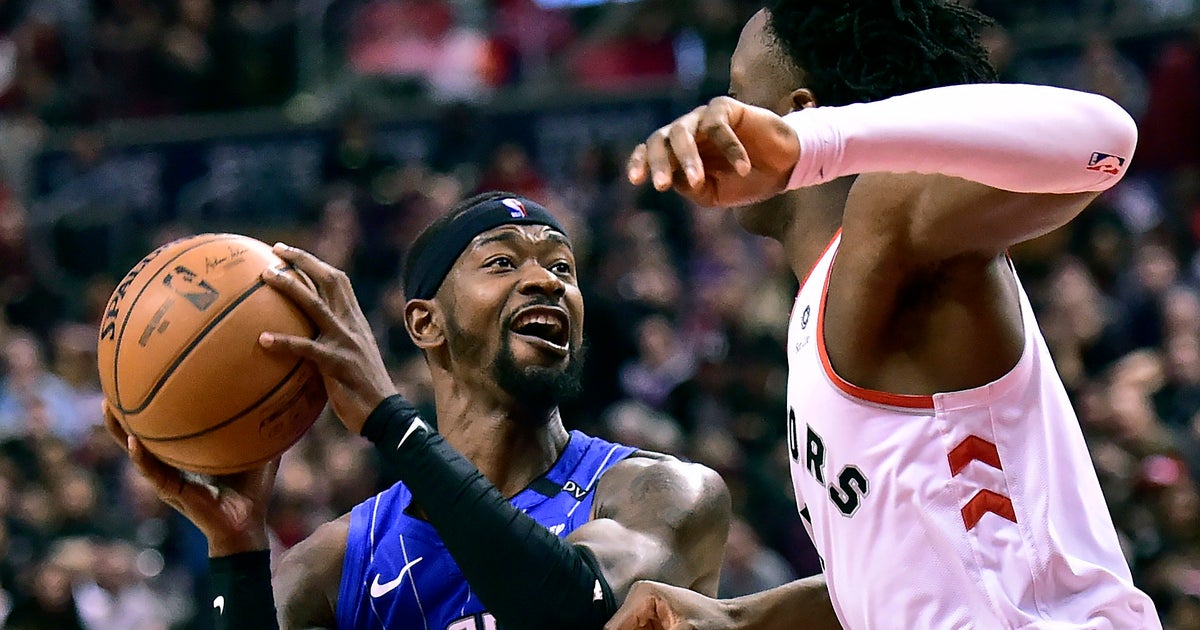 Jonathan Isaac scored 16 points and D.J. Augustin had 12 as the Magic won for the sixth time in seven games. Orlando had won a season-best five straight before losing at home to Chicago on Friday, its first game following the All-Star break.

Kyle Lowry had 19 points and 10 assists and Pascal Siakam had 10 points and 11 rebounds for the Raptors, who lost for the first time since Jan. 31 against Milwaukee.

Raptors forward Kawhi Leonard (rest) did not play after scoring 25 points, 19 of them in the second half, in Friday’s home win over San Antonio. Coach Nick Nurse said Leonard will return for Tuesday’s game against Eastern Conference rival Boston.

Marc Gasol scored 16 points and Serge Ibaka had 14, extending his streak of consecutive games with at least 10 points to a career-best 22.

Vucevic scored eight points in the first and Orlando led 25-15 after one.

Lowry and Jodie Meeks each scored 10 points in the second but the Magic led 53-30 at halftime.

Orlando connected on 10 of 21 field-goal attempts in the third, extending its lead to 80-71 heading to the fourth. The Magic pulled away in the final quarter, leading by as many as 20.

After hitting just 13 of 24 free throws against the Bulls, the Magic were better at the foul line against Toronto. Ross connected on all seven of his attempts from the stripe and Orlando made 15 of 20 overall.

Raptors: Gasol made his first start for Toronto, replacing Ibaka. … Anunoby started in place of Leonard. … Meeks scored 10 points in his Raptors debut. … Toronto is 7-1 in February.