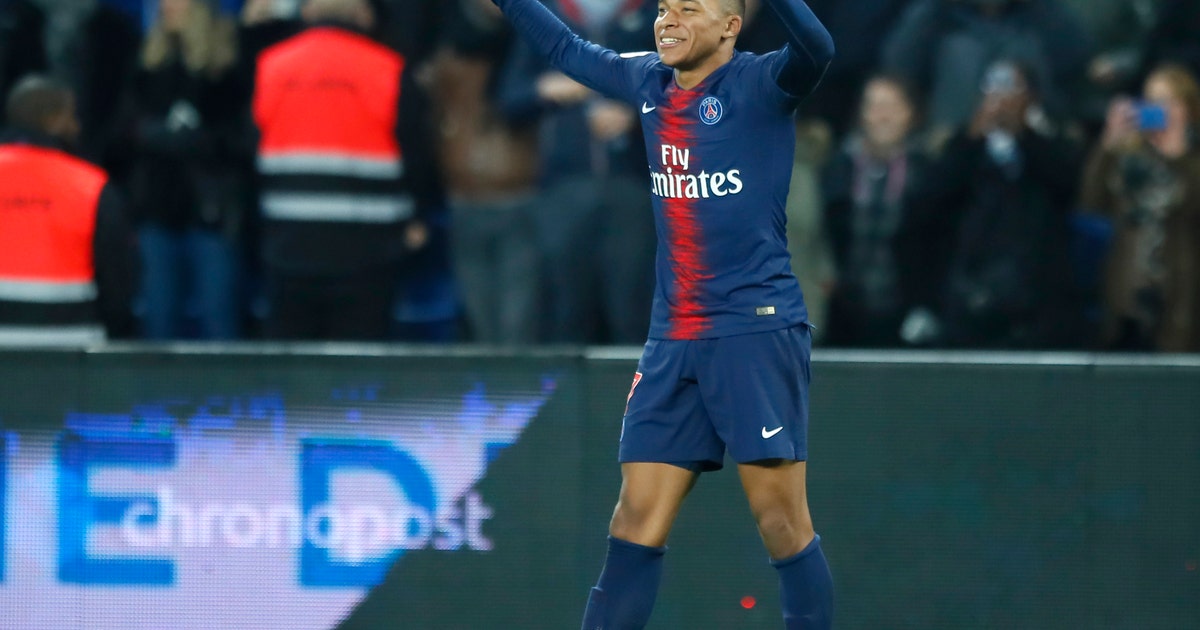 Arguably the best player in the world, and the one strongly tipped to become the next one, achieved their feats just one hour apart.

After Barcelona star Messi scored the 50th hat trick of his astonishing career at Sevilla on Saturday, Mbappe became the youngest player to reach 50 goals in the French league when he struck twice for Paris Saint-Germain in a 3-0 win against Nimes.

Mbappe only turned 20 in December, but he seems to have been around for years. Probably because, like Messi, he shares the same precocious ability to make the difficult appear easy.

They both have a gift for producing incredible moments with routine-like regularity.

Mbappe has been breaking records since he burst onto the scene during former club Monaco’s run to the league title and Champions League semifinals two years ago.

Messi is a five-time Ballon d’Or winner who has won the Champions League four times, as well as nine Spanish titles and the Golden Shoe as the European leagues’ top scorer five times. The 31-year-old Argentine leads scoring again this season with 25 league goals, and he could even reach 600 goals overall for Barca by the end of it.

Mbappe was fourth in last year’s Golden Ball voting after helping France win the World Cup in Russia. Aged 19, he became the youngest player since Brazil’s Pele to score in a World Cup final when he netted in the 4-2 win against Croatia .

Given the way Mbappe is playing for PSG this season, with a league-leading 22 goals in just 20 games, he seems destined to finish higher in the next Ballon d’Or vote.

“I go by the principle that one day someone will come along and do better,” he said. “You should always try to go as far as you can, otherwise, one day or another, someone will overtake you,” he said.

Mbappe has been sharper and more focused recently in a center forward’s role, and in the absence of Neymar.

He’s been playing through the middle as a pure striker, rather than out wide, because Edinson Cavani and Neymar are injured. In the four games since both have been out, Mbappe has scored five goals and led the line with great maturity.

When Neymar plays, Mbappe systematically looks to pass to him, which often slows down PSG’s approach play.

Although ambitious PSG spent a world record 222 million euros ($252 million) to buy Neymar from Barcelona two years ago, the uncomfortable truth for PSG may be that Mbappe is more effective than the injury-prone Brazil star .

Still, PSG coach Thomas Tuchel should give Mbappe a rest on Tuesday night for the visit of struggling Dijon in the French Cup quarterfinals.

In the past four games Mbappe has played the full 90 minutes. Even with his high fitness levels, that is pushing it.

It’s time for Mbappe to put his feet up for once.