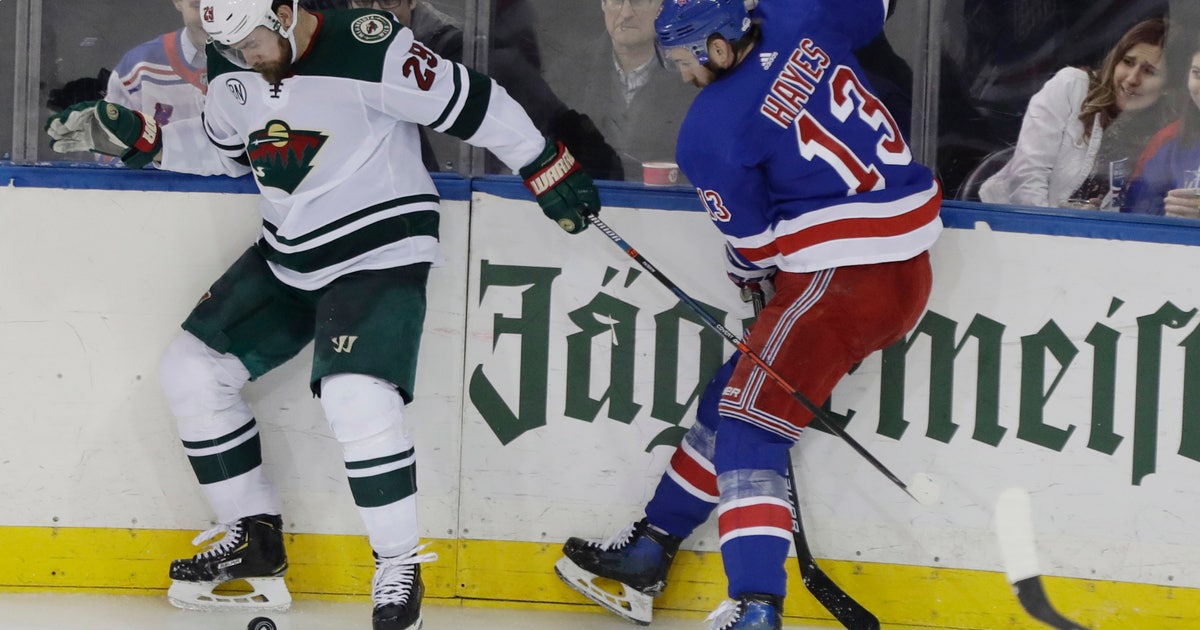 The Latest on the NHL’s trade deadline day (all times Eastern):

The New York Rangers have traded center Kevin Hayes to the Winnipeg Jets for forward Brendan Lemieux, a 2019 first-round pick and a conditional 2022 fourth-round pick.

The conditional pick only goes to New York if Winnipeg wins the Stanley Cup this spring. Hayes gives the Jets depth down the middle as they try to become the first Canadian-based team to win the Cup since 1993.

An injury to defenseman Josh Morrissey on Sunday night could also force Winnipeg general manager Kevin Cheveldayoff to make a move or two to shore up his blue line.

The rebuilding Rangers earlier sent forward Mats Zuccarello to Dallas for conditional second- and third-round picks. They could also trade defenseman Adam McQuaid before the deadline.