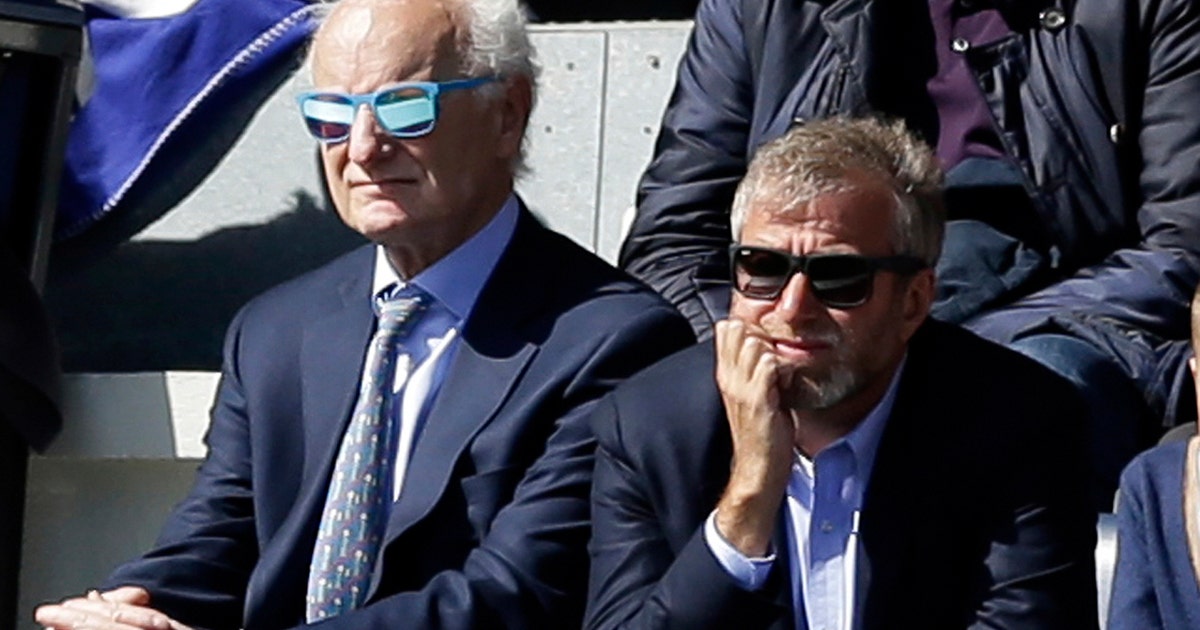 This was in November 2017, and Abramovich was alarmed by a rise in anti-Semitic incidents, particularly in Britain — and even in his own stadium. Rather than just focusing on trophies, the Premier League club’s Jewish owner believed Chelsea could be a force for social change, to transform the minority of fans hurling abuse at Stamford Bridge.

“We’re just sitting, talking … and he brought up what he had noticed and what he was concerned about,” Chelsea chairman Bruce Buck recalled in an interview with The Associated Press, “and of course everyone said he’s someone that can do something about it.”

For more than a year, Chelsea has been working with Jewish organizations to harness the power and influence of the world’s biggest sport to promote a more inclusive environment at games and, more broadly, educate new generations about the murder of six million Jews in the Holocaust.

A group from the club, including academy players, has visited the Nazi concentration camp at Auschwitz. A Holocaust survivor, Harry Spiro , addressed the first team squad about the horrors of the Buchenwald and Theresienstadt camps.

Ahead of Holocaust Memorial Day last month, players, including Eden Hazard, were featured in a video urging the world, “We Remember.”

“They’re role models,” Buck said, “so we hope some of these stupid fans, and there are a few out there, realize that these are my role models.”

It’s a work in progress that has layers of complexity.

UEFA disciplinary officials on Thursday will decide how to punish Chelsea for anti-Semitic chants made by fans during a Europa League game in Hungary in December against Vidi. Chelsea could be forced to play a game behind closed doors without any fans.

The Chelsea fans were chanting “Yid,” a derogatory term for Jewish people. What muddies complaints is the fact that fans of crosstown rival Tottenham, which has traditionally drawn a large fan base from the Jewish communities in London, call themselves the “Yid Army.” For decades the Y-word has been deployed as a call to arms by Tottenham followers.

But when Chelsea fans have hurled the Y-word — particularly during games against Tottenham — there has also been hissing, mimicking Nazi gas chambers. With Chelsea hosting its London rival on Wednesday night in the Premier League, fresh warnings have been issued for fans to cut out the antisemitism that has tarnished past derbies.

“There is a particular problem with the Y-word,” Buck said. “We think the use of the Y-word by Spurs supporters, or by anybody, is wrong. It’s very confusing … because UEFA thinks it’s wrong and are charging our fans. … We’re trying to say there shouldn’t be a ban.”

In 2014, London’s Metropolitan Police backed away from a threat to arrest Tottenham fans for using the Y-word. But Chelsea fans could be detained.

“There’s a particular problem for the police in that if you’ve got the 3,000 Spurs fans chanting it how do you drag 3,000 people out of the stadium? I respect that,” Buck said. “They can say they’re just not going to arrest and prosecute because it’s too difficult or whatever, but they shouldn’t be saying it’s OK to say that.”

The paradox of Chelsea needing to lead a campaign against antisemitism — with a significant focus on its own fans — is that its Jewish owner transformed the club since his 2003 purchase. Under Abramovich, Chelsea ended a 50-year English championship drought in 2005 and has in total won five Premier League titles, the 2012 Champions League, the 2013 Europa League, five FA Cups and three League Cups.

Abramovich’s British visa expired last April as part of a dispute between Britain and Russia that followed the poisoning of a former Russian spy in Salisbury. Chelsea has maintained the campaign against anti-Semitism in his absence.

“That’s not going to stop him from having Chelsea do what’s right and what’s working and what’s helpful for the world,” Buck said. “We have a bit more money to spend thanks to the benevolence of Mr. Abramovich and this is one of the many things we are doing.”

“All I know is that he loves football and he loves Chelsea Football Club,” Buck said, “and he’s trying to do good things with the club that he owns.”

That is appreciated by the World Jewish Congress, particularly while rallying the support of national leaders.

“When you tell them about the project that we are doing here,” WJC chief executive Robert Singer said alongside Buck during an interview in London, “Chelsea suddenly it becomes core of the discussion.”

Chelsea is a visible part of a capital where anti-Semitism is resurgent. The Community Security Trust cataloged a 16 percent rise in incidents last year to 1,652. Just last week, eight members of the House of Commons quit the main opposition Labour Party, citing among their reasons leader Jeremy Corbyn for failing to stamp out anti-Semitism in the party.

“What’s happening worldwide, but also here in Europe, is unexplainable, unbelievable and dramatic and needs attention from governments,” Singer said, “and from people like the leadership of Chelsea.”

Chelsea uses its platform online and in stadiums on match days to campaign against racism and urge fans to report abuse. Buck hopes up to $4 million will be raised for the campaign, and that awareness will be boosted by Chelsea playing a game later this year in suburban Boston against Robert Kraft’s New England Revolution.

“We at Chelsea have had several incidents over the last year and we’re trying to deal with those in the appropriate way,” Buck said. “Historically football clubs if fans did something wrong or we just threw them out or banned them. … Education is the only way that we’re going to make a real dent.”