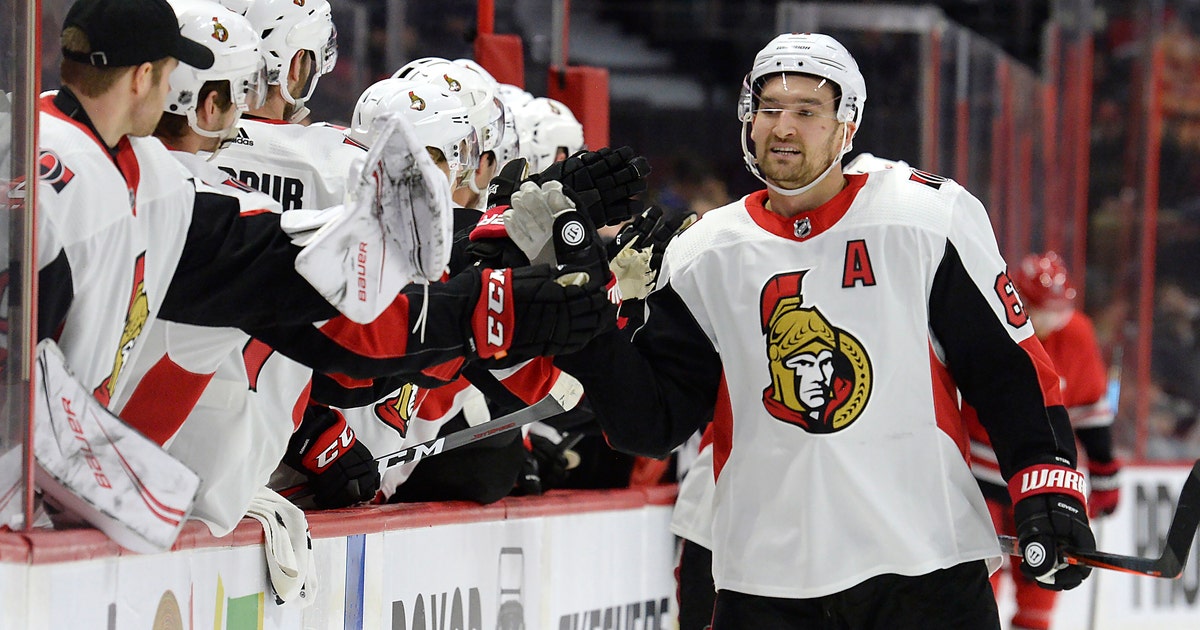 The Vegas Golden Knights made another trade deadline splash to take another run at the Stanley Cup in their second season.

Stone is a top-line talent the Golden Knights hope can help them make another deep playoff run as they did last year in getting to the Cup Final.

“He plays a complete game, plays every situation, and he’s going to really help our hockey club,” coach Gerard Gallant said. “He was the top guy on the board and we went out and got him, so it shows our players what we want to do and get things on track here and get going again.”

Losing 10 of their past 13 games hurt the Golden Knights in a top-heavy Pacific Division, but Stone should provide an immediate boost. The 26-year-old has 28 goals and 34 assists for 62 points in 59 games this season, two points shy of his career high.

Stone is in the midst of his fifth consecutive 20-goal and 50-point season. And he said on Canadian television he agreed to but hadn’t yet signed a long-term contract extension, which makes the trade all the more valuable for the Golden Knights.

“He’s been great for a lot of years now, it feels like,” Vegas center William Karlsson said. “Huge addition for our roster. The guy can pass, the guy can score, so he’s kind of the full package.”

Vegas needed to improve its roster given all the other moves made by Western Conference contenders at the NHL’s trade deadline . The Jets acquired center Kevin Hayes from the Rangers, defenseman Nathan Beaulieu from the Sabres and depth forward Matt Hendricks from the Wild, while the Predators acquired winger Wayne Simmonds from the Flyers and Mikael Granlund from the Wild.

After trading a first-, a second- and a third-round pick at the 2018 deadline for winger Tomas Tatar, Golden Knights general manager George McPhee again anted up for a playoff push. Owner Bill Foley wanted his franchise to win a title within the first five years, and this is another move to help that effort in the short and long term.

“They want to be an aggressive ownership group and make us the best team possible: trade deadline last year, offseason this summer and now the deadline today,” winger Reilly Smith said. “They’re always trying to pretty much take the biggest names off the board. Hopefully it helps us.”

All it cost Vegas off its NHL roster is Oscar Lindberg, a 27-year-old who has 12 points in 35 games this season. The team took him from the New York Rangers in the expansion draft, drafted Brannstrom in 2017 with the pick it received from the Islanders to take Mikhail Grabovski’s contract off their hands and got the second-rounder from Dallas for Marc Methot, whom they selected from the Senators in the expansion draft.

Ottawa GM Pierre Dorion called Brannstrom “the top defense prospect in the game” and a dynamic talent who will be a major part of his team’s future. That’s a future that won’t include Stone, who turned down offers to stay with the Senators long term.

“We made every effort to sign Mark Stone, who was a fine player and great person for our organization,” Dorion said. “Mark will be missed.”