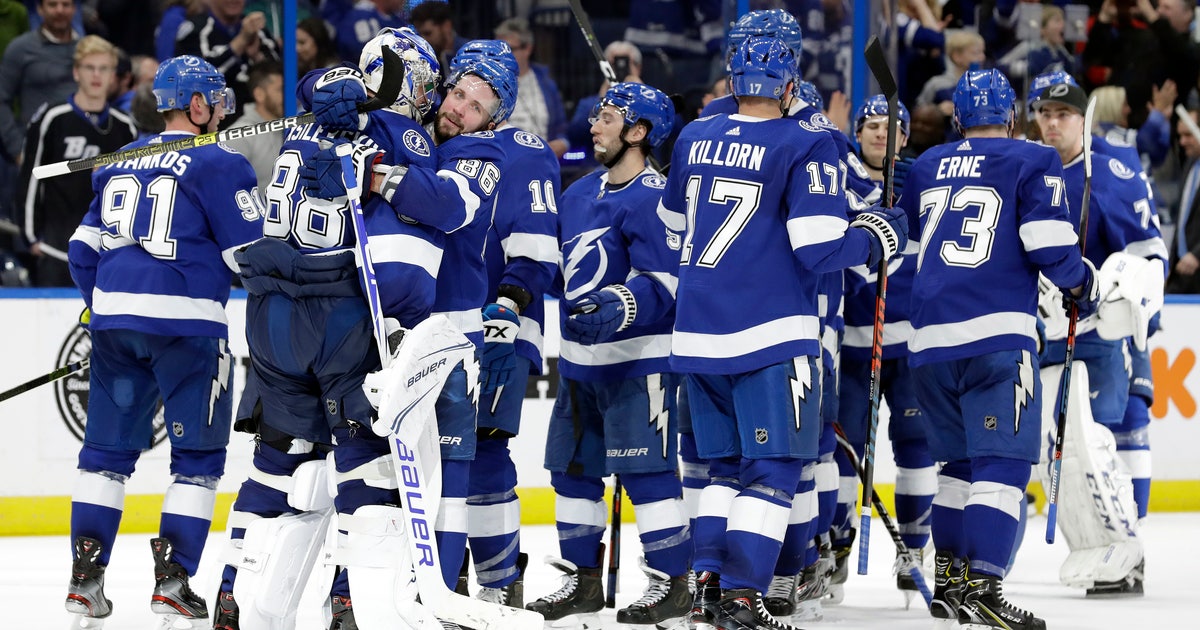 J.T. Miller’s third-period goal forced overtime, and Andrei Vasilevskiy stopped 30 shots for the Lightning, who improved the league’s best record to 48-11-4 and became the fourth team to reach 100 points in 63 games or less.

Braden Point and Anthony Cirelli had first-period goals for the Lightning, who fell behind when Brodzinski and Wagner scored in a 36-second span. Miller countered less than a minute later to make it 3-all.

Kucherov got his 71st assist on Tampa Bay’s first goal, giving him a league-leading and career-best 101 points.

NASHVILLE, Tenn. (AP) — Brian Boyle scored in the fourth round of a shootout to lift Nashville over Edmonton.

P.K. Subban had a goal and an assist, and Colton Sissons also scored as the Predators won for the third time in four games to pass Winnipeg for first place in the Central Division. The Jets have three games in hand.

Pekka Rinne made a pad save on Ty Rattie when the Oilers forward tried to extend the shootout.

Kyle Turris and Ryan Ellis each hit the post as the first two shooters for Nashville in the tiebreaker. After Filip Forsberg scored for the Predators, Sam Gagner forced the shootout to sudden death.

Tyler Ennis had the eventual winner in Toronto’s four-goal second and Kasperi Kapanen added some insurance with a short-handed goal in the third.

Matthews is the first player in Maple Leafs history to score 30-plus goals in the first three seasons of his NHL career.

Frederik Andersen made 31 saves for his 100th win with Toronto.

Jack Eichel scored twice and Sam Reinhart had a goal, but the Sabres‘ playoff chances took another hit.

Recently acquired defenseman Connor Carrick set up both goals and Cory Schneider made 34 saves as the young Devils swept their three-game season series with the Canadiens.

Montreal had a lot more at stake. It came into the night with a one-point lead over Carolina and Pittsburgh for the top wild card in the Eastern Conference. The Hurricanes and Penguins now each have a game in hand.

Paul Byron scored a short-handed goal for Montreal, and Carey Price made 20 saves.