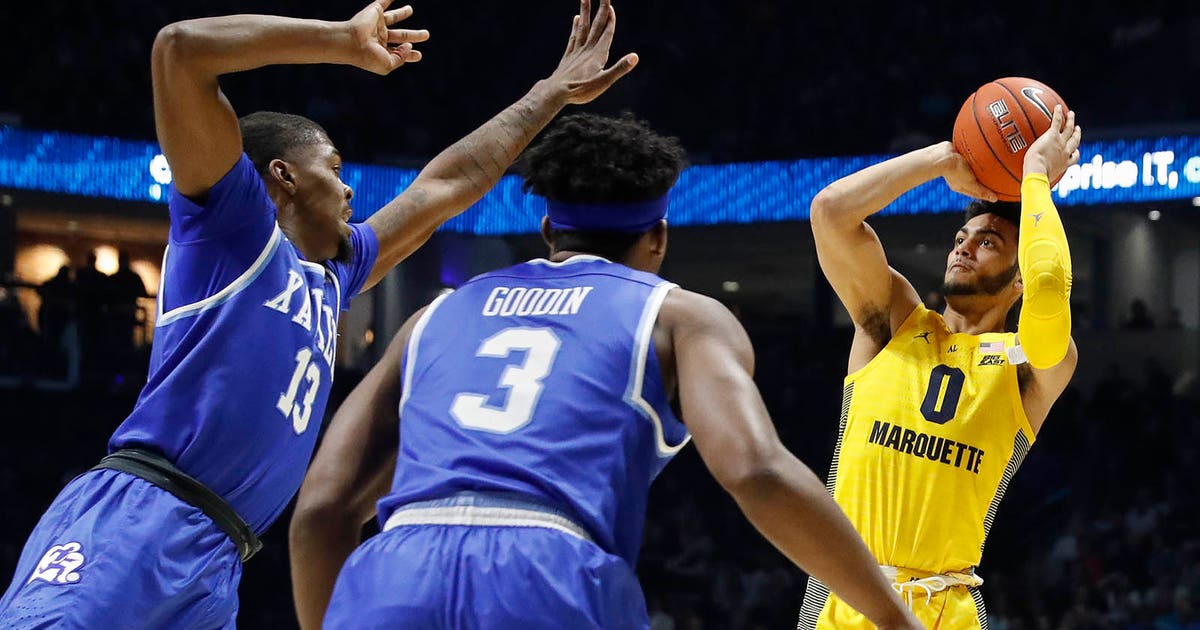 There have been many great players to don a Marquette uniform.

Markus Howard, all 5-foot-11 of him, could well stand head and shoulders atop all of them. At least, in terms of scoring.

The junior guard recently became the sixth player top 1,700 points in Marquette history and quickly shot up to No. 3 on the Golden Eagles’ all-time list.

Howard is just 199 points behind Jerel McNeal, who has the most points for Marquette. The Golden Eagles have four regular-season games remaining plus the Big East and NCAA tournaments. Howard is averaging 25.3 points per game this season, meaning he’d need to play in eight games — and continue that average — to displace McNeal at No. 1.

That’s not too far-fetched, especially if the Golden Eagles can keep moving on in the postseason tournaments.

Howard has scored at least 30 points on eight occasions this season and over his last nine games is averaging 27.0 points (averaging that amount over seven games would leave him 10 points shy of McNeal).

There seems little question that at the very least Howard will pass Lazar Hayward for second place, and that it will occur before the end of the regular season.

Entering Tuesday’s games, Howard is tied for fifth in the nation in points per game with Hampton’s Jermaine Marrow. Like Marrow, the others ahead of Howard come from mid-majors: Campbell’s Chris Clemons (30.1 ppg), Hofstra’s Justin Wright-Foreman (26.6), Detroit Mercy’s Antoine Davis (26.3) and South Dakota State’s Mike Daum (25.8).

Not many players have scored like Howard has in the Big East, no matter the iteration of the conference. Howard could become just the eighth Big East player to average at least 25 points per game over a single season.

Another record Howard could set is for made 3s, although it will take some work. He’s 26 behind Andrew Rowsey’s mark of 126 set last year.

But based on the way Howard has been playing, we wouldn’t count him out.