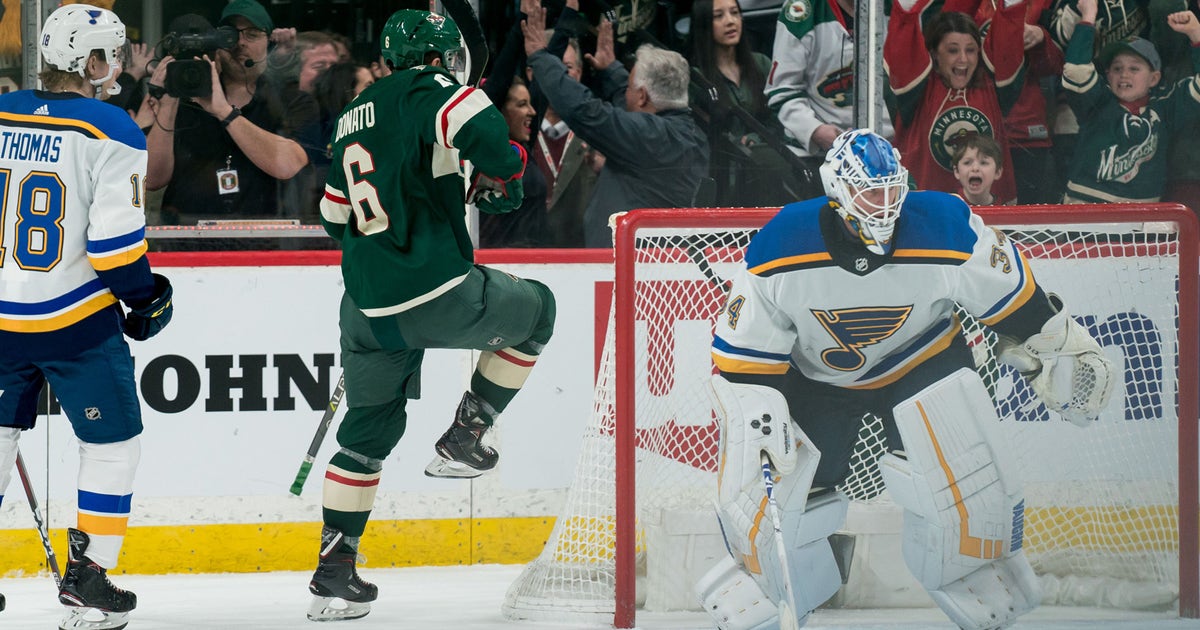 After spending a month in the minors, Ryan Donato is getting a shot with the Minnesota Wild.

Acquired in a trade with the Boston Bruins a few days before the deadline, Donato had seemingly fallen out of favor in Boston, where he’d made his impressive pro debut less than a year earlier.

However, it seems that head coach Bruce Boudreau and co. would like to see exactly what they’ve got in Donato, the former Harvard star who made headlines at the last Olympics.

The 22-year-old has been a regular for the Wild and a fixture on special teams in three games since the trade, skating 47:46 overall and 6:04 on the power play.

The scouting report on Donato has long been relatively simple: He shoots the puck. A lot.

Donato led the nation at 6.03 shots on goal per game during his final season at Harvard, and was among Team USA’s top shooters in PyeongChang with 15 shots on goal in five games.

He’s had a green light so far in Minnesota.

Donato leads the Wild with 20 shot attempts in all situations since the trade, and ranks second with 17 even-strength shot attempts, behind only Jason Zucker.

The damage so far: one goal, three assists and an overtime win over the St. Louis Blues.

It wasn’t a particularly pretty goal — Donato snuck a shot on goal from the half-wall, beating Blues goaltender Jake Allen glove side — but that may not matter to Boudreau and the Wild.

Donato hasn’t put much of a dent in those numbers yet, but it’s a start.