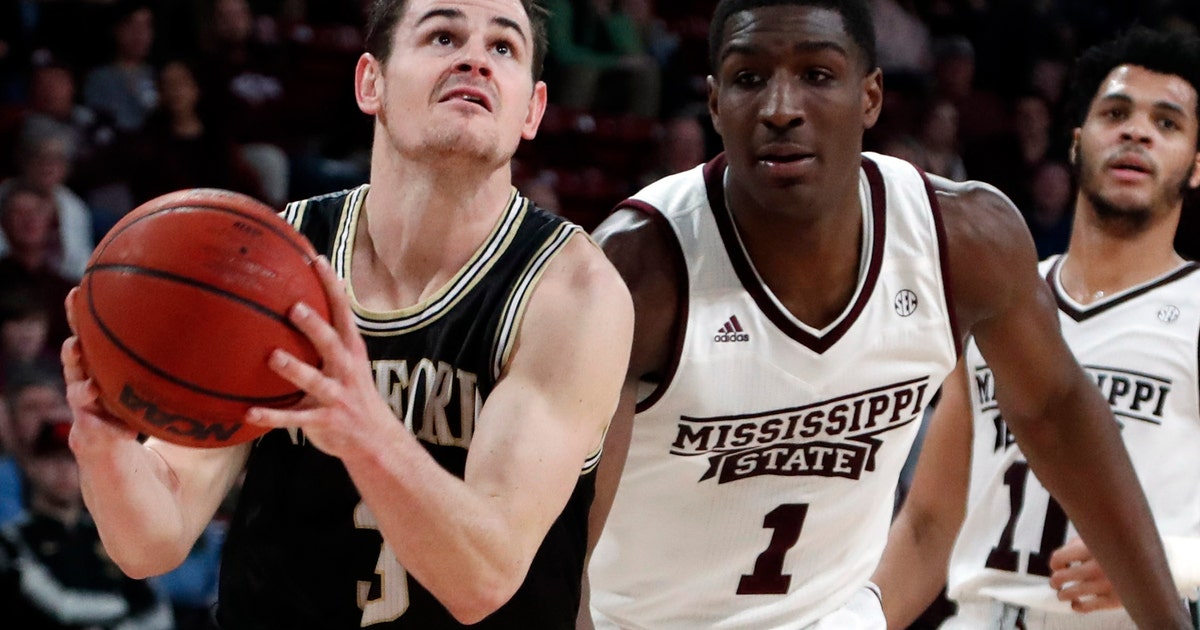 Yet the 24th-ranked Terriers are flirting with accomplishing even more.

They earned the first AP Top 25 ranking in program history with the latest poll release Monday and enter the week with a chance to complete a perfect regular-season run through the Southern Conference schedule. And that has Wofford within reach of its first NCAA Tournament bid since 2015.

“It’s the most wonderful team,” Young said in an interview with The Associated Press. “We’re not managing egos. We’re not managing this and that, walking them to class. We don’t do that stuff around here. It is coaching the team. And that’s pretty awesome.”

Wofford (24-4, 16-0) plays its first game with a national ranking Thursday at Chattanooga, then visits Samford in Saturday’s regular-season finale.

Wofford tested itself with a demanding schedule featuring multiple power-conference opponents. The Terriers beat South Carolina on the road by 20 in November. They opened with a home loss to the Tar Heels , and later lost at Oklahoma on Nov. 18, Kansas on Dec. 4 and Mississippi State on Dec. 19.

They were tied or led after halftime in all four losses, and haven’t lost since Dec. 19 to the Bulldogs.

The Terriers enter the week ranked 10th nationally in KenPom’s adjusted offensive efficiency (118.5 points per 100 possessions) and No. 26 in KenPom’s overall rankings.

As for its NCAA Tournament resume, Wofford was 19th in Monday’s NET rankings and has three Quadrant 1 wins. That could put the Terriers in contention to become the first Southern Conference team to earn an at-large NCAA bid if they do stumble in next week’s league tournament in Asheville, North Carolina.

“The only surefire way into that greatest tournament on Earth is to keep winning and leave nothing to chance,” Young said.

“I’m not much of a math guy, metrics and all that stuff. I can’t spell metric. I just worry about our team and getting a little bit better here heading down the stretch.”

Third-ranked Duke, which fell from No. 1 after last week’s loss to rival UNC, plays its second straight road game by visiting No. 20 Virginia Tech on Tuesday night. And freshman star Zion Williamson will be sidelined again.

Williamson sprained his right knee in the UNC loss and didn’t play in Saturday’s bounceback win at Syracuse.

Duke (24-3, 12-2 Atlantic Coast Conference) is in a three-way tie atop the league standings with No. 2 Virginia and No. 5 UNC. If the Blue Devils beat the Hokies, they’ll be heavy favorites in home games against Miami and Wake Forest before closing the regular season at North Carolina.

Kentucky blew out then-No. 1 Tennessee at home in the first meeting between the Southeastern Conference’s highest-ranked teams. Saturday’s rematch in Knoxville could eliminate the loser from the race to finish first in the regular season.

The fourth-ranked Wildcats (23-4), seventh-ranked Volunteers (24-3) and No. 13 LSU (22-5) are tied at 12-2 in the league. But LSU has won its only regular-season matchups with Kentucky and Tennessee, meaning the Tigers can claim the top seed in the SEC Tournament by winning out.

The Tigers host Texas A&M on Tuesday and visit Alabama on Saturday.

Ninth-ranked Michigan visits No. 17 Maryland on Sunday in the only other matchup of ranked teams on the AP Top 25 national schedule.

The Wolverines (24-4, 13-4 Big Ten) and Terrapins (21-7, 12-5) can’t afford to stumble as they trail No. 6 Michigan State and No. 14 Purdue in the league standings. Michigan is coming off a loss to the Spartans and hosts Nebraska on Thursday before visiting the Terps — who first visit Penn State on Wednesday.