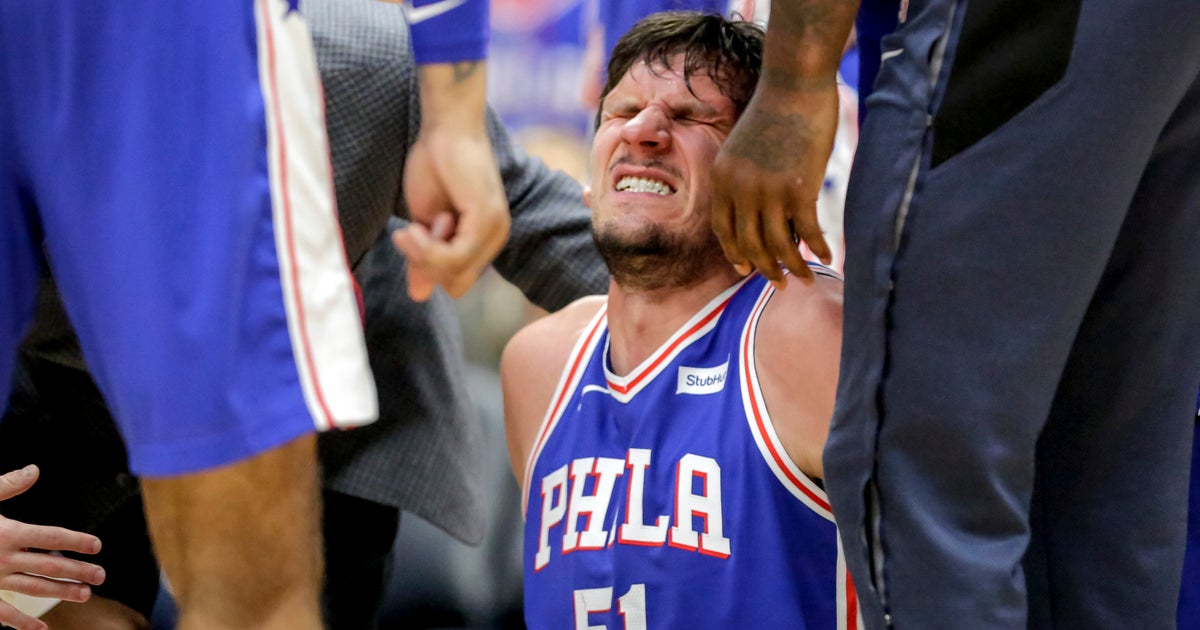 PHILADELPHIA (AP) — Philadelphia 76ers center Boban Marjanovic suffered a bone bruise and mild sprain of his right knee in a collision with Pelicans forward Cheick Diallo and will be evaluated again within the week.

Marjanovic’s right leg got tangled up between Diallo’s legs as both players crashed to the court after pursuing a rebound during the Sixers‘ win Monday night in New Orleans. Marjanovic needed assistance getting off the court and later used crutches to get the team bus. Marjanovic has helped fill the void in the middle created by the absence of 7-foot All-Star Joel Embiid, who has missed all three of Philadelphia’s games since the All-Star break with a sore left knee.

Marjanovic and Embiid will both sit out Thursday’s game at Oklahoma City.

Sixers guard Furkan Korkmaz underwent surgery Tuesday to repair the meniscal tear in his right knee suffered during the Feb. 12 game against Boston. Korkmaz will be evaluated in approximately four weeks.