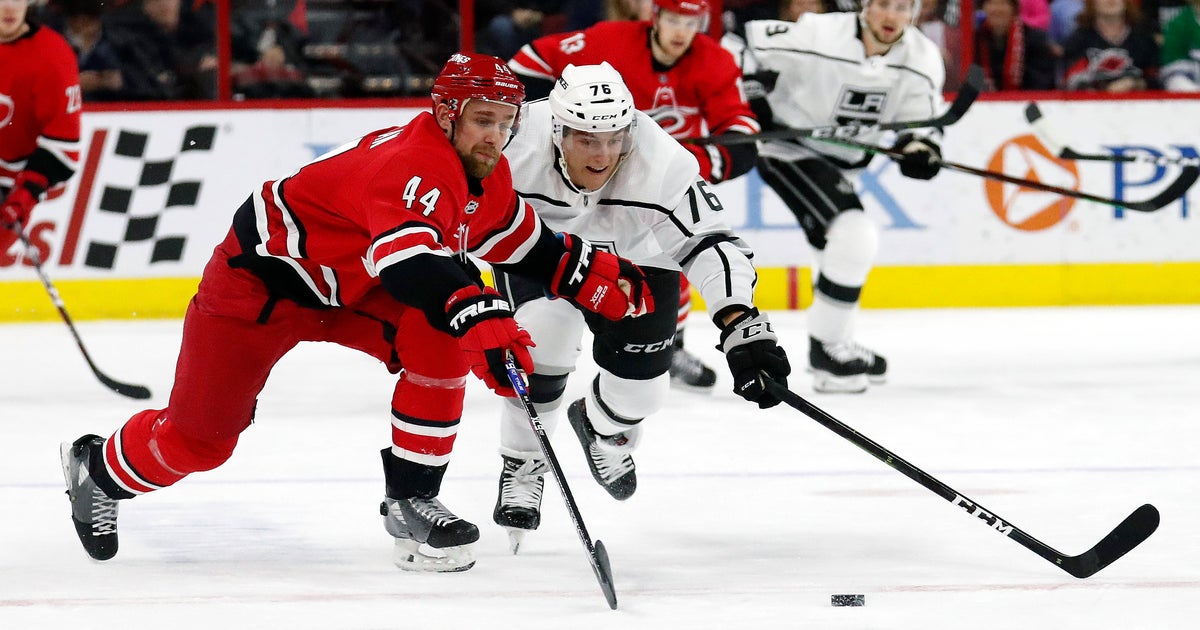 Teuvo Teravainen added a goal and three assists, Micheal Ferland had a goal and an assist and Sebastian Aho and Jaccob Slavin also scored for the Hurricanes. Jordan Staal finished with three assists.

The surging Hurricanes won their third straight and finished their February schedule with a 10-3 record, moving into playoff position. Carolina solidified its wild-card spot in the Eastern Conference playoff race with its sixth win in seven games.

The sinking Kings have lost nine straight (0-6-3) and are in last place in the Western Conference. The Kings haven’t won since Feb. 7, and are in the midst of their worst losing streak since dropping a franchise-record 11 straight in 2004.

Hamilton had the Hurricanes’ first goal at 5:56 in the first period. He added his second at 5:19 of the second.

Petr Mrazek had 22 saves for Carolina, and his shutout bid was foiled in the third period.

Aho scored his team-leading 25th goal at 11:15 of the first period after a steal by Teravainen.

Ferland tipped in a shot by Staal 25 seconds into the second period, extending Carolina’s lead to 3-0.

Teravainen’s one-timer, from an odd-angle in the right circle, made it 5-0. Hamilton then added his second goal, off of a screen by Ferland, before the end of the second period.

NOTES: NHL commissioner Gary Bettman attended Tuesday’s game with Carolina owner Tom Dundon. The two toured N.C. State’s Carter-Finley Stadium earlier in the day. Dundon is hoping to host a “Stadium Series” outdoor game in Raleigh for the 2020-21 season. … Staal had missed 27 straight games, and 32 of 34, before returning to the lineup last Saturday.