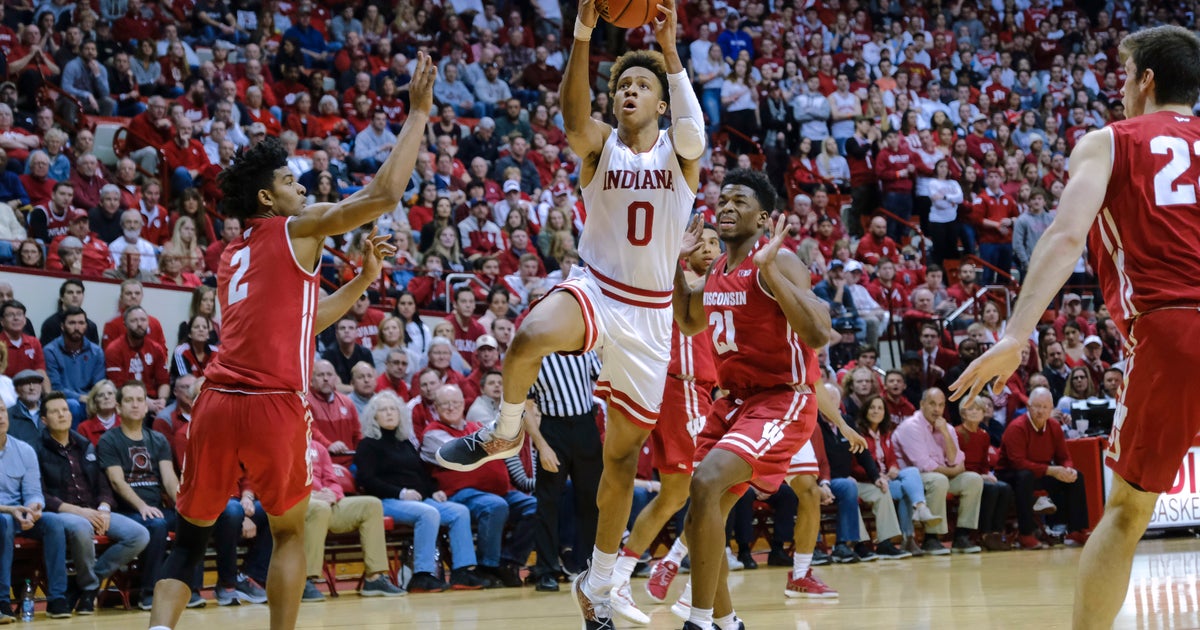 BLOOMINGTON, Ind. (AP) — Romeo Langford made the go-ahead layup with under a second to go in the second overtime, and Indiana upset 19th-ranked Wisconsin 75-73 on Tuesday night.

Langford, a freshman guard, had 22 points and seven rebounds. Justin Smith had 12 points and six rebounds, and Rob Phinisee and Alijami Durham scored 11 points each for the Hoosiers (14-14, 5-12 Big Ten), who ended a five-game skid.

Ethan Happ had 23 points and 11 rebounds, Khalil Iverson had 15 points, and D’Mitrik Trice scored 12 for the Badgers (19-9, 11-6), who had won their five previous games against Indiana and came into Bloomington as 2½-point favorites.

Langford’s basket came after Trice made three free throws to tie the game at 73 with 9 seconds remaining in the second overtime period.

Trice had forced the first overtime with two free throws to tie it at 62 with 5 seconds left in regulation. He later tied it at 68 with a 3-pointer, leading to another overtime.

The Hoosiers built a 10-point lead with an 8-2 run at the start of the second half. An alley-oop from Phinisee to Smith put Indiana ahead 41-31 with 16:32 left in regulation.

Davis’ free throw midway through the second half to make it 47-34, the Hoosiers’ biggest lead.

Then Wisconsin went on a big 20-3 run to regain the lead. Happ scored the go-ahead basket before Trice’s 3-pointer gave the Badgers a 54-50 edge with 6:52 left in regulation.

Indiana took a lead with a late first-half surge, scoring six straight at the start of an 11-2 run. Langford made back-to-back baskets, including a 3-pointer with 5:59 left in the half to put the Hoosiers ahead 23-19. Indiana led 33-29 at halftime.

Wisconsin: With three regular-season games remaining before the start of the Big Ten Tournament, the Badgers still have a chance to get on a roll going into the postseason with two of the next three games at home.

Indiana: The Hoosiers stuck around in losses last week to ranked opponents Purdue and Iowa. Indiana finally got over the hump with three games left before the conference tournament.