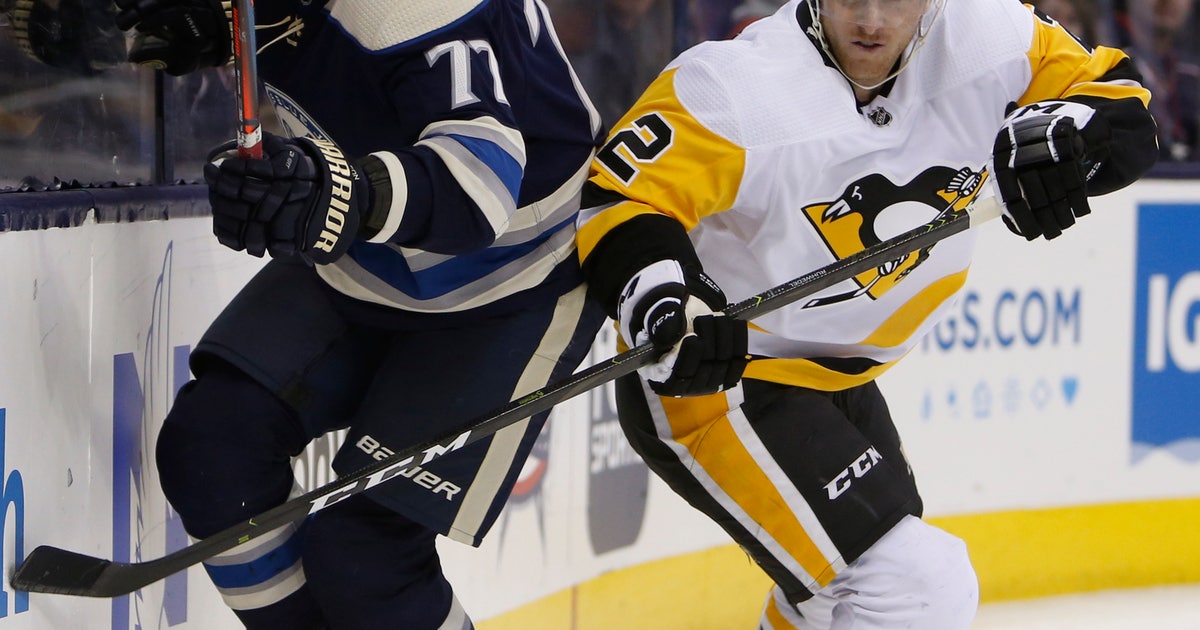 PITTSBURGH (AP) — The injury-ravaged Pittsburgh Penguins will be without forward Bryan Rust and defenseman Chad Ruhwedel indefinitely after both were injured in a victory over Columbus.

Coach Mike Sullivan said Wednesday both Ruhwedel and Rust will be out “longer term.” Rust suffered a lower-body injury after colliding with Columbus’ Adam McQuaid in the first period of Pittsburgh’s 5-2 win Tuesday night. Ruhwedel suffered an upper-body injury in the second period and did not return.

The Penguins are already playing without defensemen Olli Maatta, Kris Letang and Brian Dumoulin. Maatta and Letang are dealing with upper-body injuries while Dumoulin suffered a concussion Saturday in an overtime loss to Philadelphia.

Pittsburgh did receive a bit of help on Wednesday when defenseman Erik Gudbranson, acquired in a trade with Vancouver on Monday, skated with his new team for the first time. The Penguins, who currently hold the last playoff spot in the Eastern Conference, are off until Friday, when they visit Buffalo.