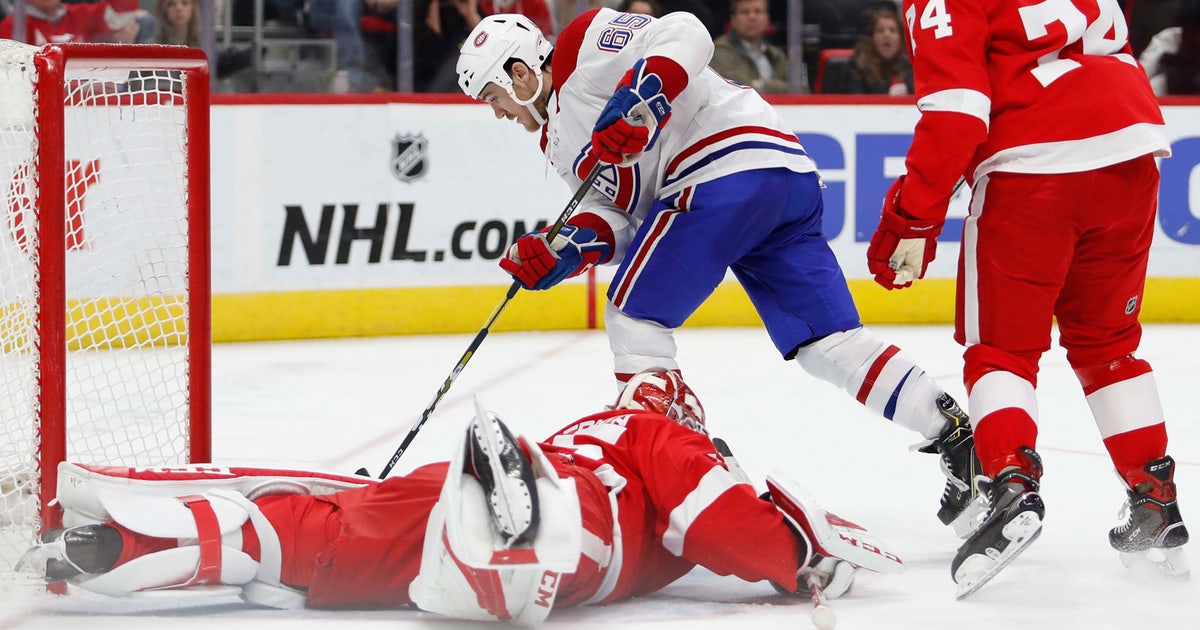 DETROIT (AP) — Reuniting linemates worked out for the Montreal Canadiens.

“It was great to be back out there with Max and Dru (Drouin) again. We’ve played together before with good success, and it obviously felt good for us again tonight,” Shaw said. “Everything that I did tonight was because of them. I was trying to get into good situations and they kept getting me the puck.”

“I thought the key was that we never took any time off,” Domi said. “We got the early lead thanks to Tats (Tatar), and then we were ready to go again at the start of the second and third periods.”

Anthony Mantha scored for Detroit, which allowed a hat trick for the second straight game. Jimmy Howard returned after missing two games due to illness and made 16 saves and allowed six goals before being pulled after the second period. Howard has been pulled in three consecutive starts. Jonathan Bernier stopped 10 shots in relief.

“I’m not sure what happened. It went in our net too easy, but not from a goaltending perspective. We gave up stupid chances out of nowhere and they were in the net,” Red Wings coach Jeff Blashill said. “When you don’t play great defense, you have no chance because you are always digging the puck out of your net.”

Defenseman Madison Bowey made his debut with Detroit after being obtained in a trade that sent defenseman Nick Jensen to the defending Stanley Cup champion Washington Capitals on Friday.

Tatar, a former Red Wing, opened the scoring 6:16 in. He fought off Detroit rookie defenseman Filip Hronek to get to a bouncing puck for a partial breakaway and beat Howard with a forehand shot for his 22nd goal.

The Canadiens added five goals in the second period.

Mantha spoiled Price’s shutout bid with his 16th goal with 1:44 remaining in the middle period.

Domi got his second goal and 22nd of the season, and Shaw completed his hat trick in the third. Shaw has 16 goals this season.

“I’ve had a few two-goal games, but I’ve never gotten that third one,” Shaw said. “So that felt great.”

NOTE: Drouin’s assists were his first points in eight games. . Detroit D Trevor Daley was a late scratch with an upper-body injury. He was replaced by D Jonathan Ericsson. . The Canadiens lost 2-1 to the New Jersey Devils on Monday night. . Red Wings RW Thomas Vanek did not play because of a hip flexor injury.

Detroit: At Arizona on Saturday.