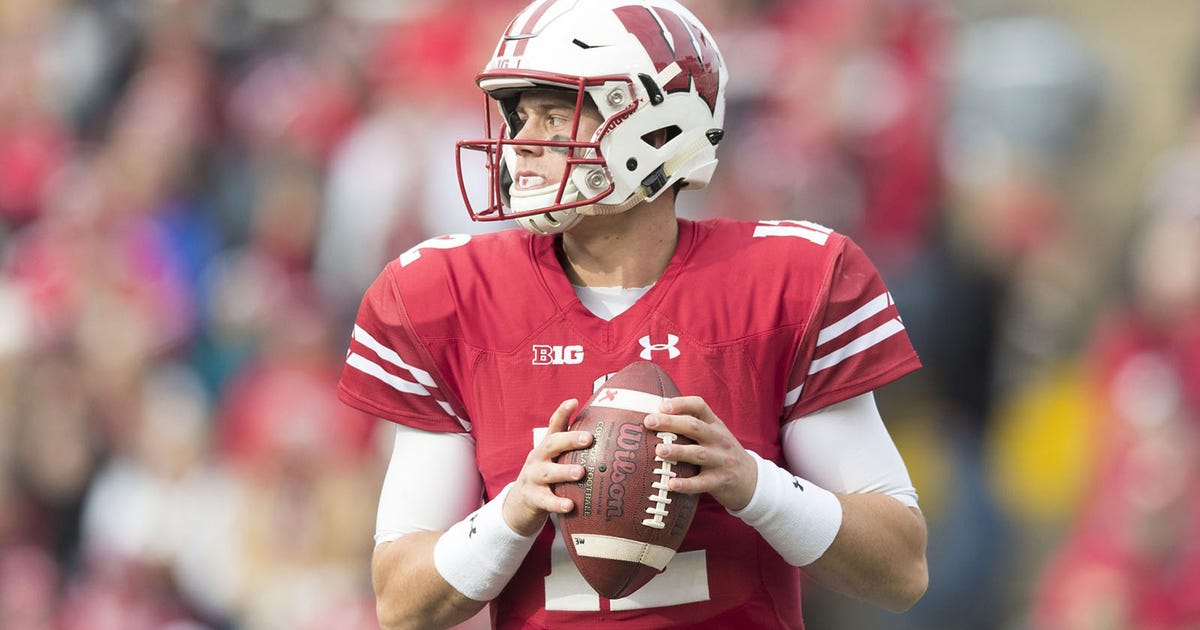 The Wisconsin Badgers will have a new quarterback in 2019.

Alex Hornibrook, the team’s starter the past three years, is leaving the program.

In a release sent by the school, head coach Paul Chryst said Hornibrook informed the Badgers earlier Wednesday of his intent. It had been reported earlier in the afternoon that the quarterback had entered his name in the transfer protocol.

Hornibrook’s 2018 season was limited to nine games due to multiple head injuries. Sophomore Jack Coan started in Hornibrook’s place, including during a win over Miami in the Pinstripe Bowl.

But he also will leave having thrown the third-most interceptions (33), often a bone of contention with his critics.

Hornibrook took over as the Badgers’ starting quarterback early in his freshman season, completing 58.6 percent of his passes for 1,262 yards with nine touchdowns and seven interceptions. In 2017, he upped his numbers, finishing with a 62.3 completion percentage, 2,644 yards and 25 touchdowns (but with 15 interceptions). He finished off his sophomore season with an MVP showing in a 34-24 Orange Bowl win over Miami, completing 23 of 34 passes for 258 yards with four touchdowns and no picks.

It was thought that game might be a springboard for Hornibrook, but due to inconsistency and injuries he completed 59.5 percent of his passes for just 1,532 yards with 13 TDs and 11 INTs.

Wisconsin enters spring ball with four quarterbacks on its roster: Junior-to-be Coan, who was 56-of-93 passing (60.2 percent) for 515 yards with five touchdowns and three interceptions in 2018, Danny Vanden Boom, who appeared in three games with one pass attempt last year, redshirt freshman Chase Wolf and prized recruit Graham Mertz.